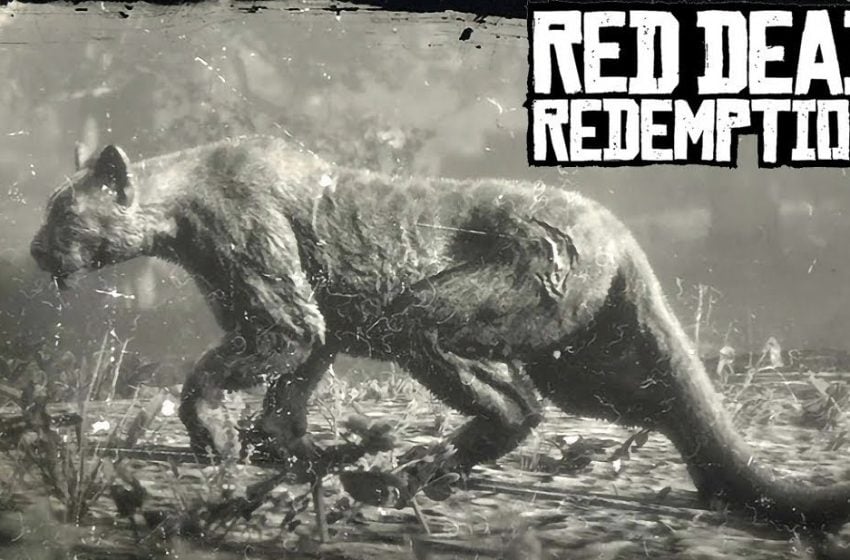 At the end of Year 2017we had able to go through a journey where we see some big titles falling to the ground and some really fresh indie-titles reaching the top charts. Next comes 2018, where a lot of fresh titles are waiting to release. Below we had found the 17 top games that we think are the best coming up next year. This title includes a mix match of almost all type of genres for PC and Consoles.

Ni no Kuni II: Revenant Kingdom is an open-world role-playing game releasing on PC and PS4. You will be playing as Evan, a young king who is on a mission to reclaim his kingdom back again. There are more characters in the game that can be controlled during the fight. Players can also take benefit of the magical abilities and elemental creatures Higgledies to cast spells. There will be a quest, objectives which players can play to complete the story. As it is an open world game, players can simply roam freely in the open world. They can explore various villages, towns, and dungeons across the map. There are also dangerous places that you have to watch for.

Monster Hunter World is an action role-playing game releasing on PC, PS4 and Xbox One. The game is set in the open world, where the player will play as a Hunter. You have to find and hunt down large monsters. The game also has an in-game currency which can be used to buy equipment that can help players to capture monsters. Players will have to craft right tool in order to fight the monsters, so crafting is also a crucial part of this game. The game will also include all the weapons that were used in its predecessor. There will many hunting areas to explorer which is divided in the form of isolated numbered zones. Players are allowed to escape this zone if they are unable to defeat a monster. The game has single player as well as an online multiplayer mode. About 4 players can play at the single time with each other.

Sea of Thieves is an action-adventure first-person shooter game releasing on PC and Xbox One. The game is a pirate theme game where a group of players will have to travel and explore an open world on a pirate ship. It is a cross-play platform game where players between PC and Xbox One can play together on a single quest. Team players will have to take a different role like steering the ship, hoisting sails, navigations, firing cannons, etc.

Far Cry 5 is an action-adventure first-person shooter game releasing on PC, PS4 and Xbox One. The game is the 11th installment of open world Far Cry series. The game offers various vehicles, weapons and features like character creation. There are varieties of weapons users can try out in battle. The game also has a co-op mode where players are allowed to recruit locals in the game to join in the right. Each of these in-game locals has various skills and player will require convincing them to fight. You will be playing as Sheriff’s deputy who is a part of Task Force, trying to arrest Seed who rules Hope County.

Anthem is an online multiplayer action role-playing game, releasing in 2018 on PC, PS4, and Xbox One. You will be playing as Freelancer, a group who is on a mission to explore the planet. It is an open-world game where the player will be using Javelins, a fully customizable Exo-Suite. These suites can be upgraded with new weapons and superhuman abilities. The game was revealed in E3 2017 where two classes of Exo-Suite were showcased. They are Ranger and Colossus. Ranger is a balanced suite, light, and fasts while Colossus is a heavily armored suite. Yet is not clear that there will be more classes. Anthem has both single and co-op multiplayer modes.

Red Dead Redemption 2 is an action adventure game, releasing on PS4 and Xbox One. This game is a prequel to 2010 title. Yet there is not much info about the game, but the trailers showcased shows enticing gameplay content. The game is based on the western theme, you will be in shoes of Arthur Morgan who is an outlaw and member of a gang called Van der Linde. Red Dead Redemption offers both single player and online multiplayer mode.

Days Gone is an action adventure game, releasing only on PS4. The release date is not confirmed, the game is an open world survival horror game. The game takes place in a post-apocalyptic environment, where the player will play as Deacon St. John who is a former bounty hunter. In this deserted world humans are transformed into Freakers, something like mindless zombies, there are different classes in it. Recent trailers revealed two kinds Newts and Hordes. Players can play in various ways to complete the objectives. The game also features a dynamic weather system and the day-night cycle. Freakers are more aggressive during night time. The game also has a crafting system.

Spider-Man is a PS4 exclusive action adventure open-world game. You will be playing as the mighty Spider-Man in modern-day New York City fighting the evil. All superpowers and abilities can be used in the objectives. This time you will be dealing with a gang Inner Demons who is lead by Martin Li. The trailers show up the high action and impressive combat system. The release date for this game is yet not confirmed.

State of Decay 2 is a survival game coming on Xbox One and PC. There is not much info about the game, it is a sequel to 2013 title. State of Decay is more like a zombie survival game where players will be hunting down zombies and completing objectives in an open world. The game also has a co-op gameplay where a group of three players can play together.

God of War is a PS4 Exclusive action-adventure game. We all know the God of War series, this new one is going to bring the world of Norse Mythology, instead of Greek Mythology like its predecessors. Kratos is back in the game, but now he is with his son. The recent trailers showcase Kratos teaching his son to survive the lethal world of Norse gods which is ruled by ferocious monsters and warriors. Kratos has to master his rage in order to teach his son how to survive.

A Way Out action-adventure game releasing on PC, PS4, and Xbox One. The game only features an online or local split-screen mode between two players. There is no single player mode available. The game is designed for co-op multiplayer on split-screen. There are two characters Leo and Vincent who are prisoners and have to escape. So the objective basically is to escape the prison and run from authorities. Two players will be playing cooperatively with each in order to find paths to get out.

Detroit: Become Human is a neo-noir thriller game that will be releasing exclusively on PS4. Yet the final release date and other details are not confirmed. The game plot revolves around three androids who escape a factory. These androids are on a mission to help others who are trapped in the factory and dealing with a sentience: Connor who is hunting them down. There are multiple characters to play, you will start with one and continue playing till the characters die one by one as the story continues.

Kingdom Hearts III an action role-playing game releasing on PS4 and Xbox One. This new edition release date is not yet confirmed, you will be seeing back Sora the protagonist that is further joined by Donald Duck, Goofy, King Mickey, and Riku. The gameplay is similar to its predecessors. Sora is the playable character in the game with its group and there will be two more additional characters. Kingdom Hearts 3 is will also feature new gameplay elements this include enemy types, wall running/jumping, key-blade transformations and team-up attacks. Other than smaller enemies in the game you will also face giant bosses.

Crackdown 3 open world action-adventure game releasing on PC and Xbox One. The game contains a destructible environment, that can be triggered by players and it can destroy everything in the game. Crackdown 3 is a futuristic open-shooter game if you had played it previous series you won’t find much difference in the new one. The player will be playing as futuristic soldiers who are wearing up a powerful armor and with futuristic weapons targeting the enemies. It is an open world game where you can run around and pick up objectives that you want to play. It is a multiplayer online game where you can team with others for completing a task.

Metro: Exodus is a first-person shooter game that will be releasing on PC, PS4, and Xbox One. This game is the third installment in the Metro series. Exodus is a survivor horror game that also includes stealth elements. The game takes place in a post-apocalyptic wasteland destroyed due to nuclear war where players will have to deal with new hazards and fight with mutated creatures in order to survive. There are hostile humans also. Players will have to scavenge materials in order to build up customized weaponry through the crafting system. The game also features a dynamic weather system and the day-night cycle.

Shenmue 3 is role-playing action adventure game releasing on PC and PS4. The game revolves around Ryo Hazuki who is a martial artist and on a mission to locate his father’s killer. The game offers immersive story, realistic fighting system, and mini-games. You will be playing as Ryo Hazuki who wants to avenge his father’s death who was killed by Lan Di the boss of Chi You Men an underground organization. In his quest, Ryo visits a village in Guilin where he met Shenhua Ling a girl that he saw in this dreams. The game has around 11 chapters.

DayZ is a PC exclusive open-world survival game. The game takes place in post-Soviet Republic where due to a mysterious plague has caused humans to turned into Zombies. You will be playing as a survivor in the game, you have to find food, water weapons, and medicines. Also, you have to fight with zombies. The game has a co-op support. Players will have to explore the large landscape in-order to survive. You have to scavenge for supplies in the harsh conditions. Throughout the maps, players can find weapons, firearms, medical supplies, etc.

So this is some of the most anticipated games of the year 2018, what do you think about the list, which one you are waiting for. If we miss anything or if you are having something to share do add your feedback in the comments section below.