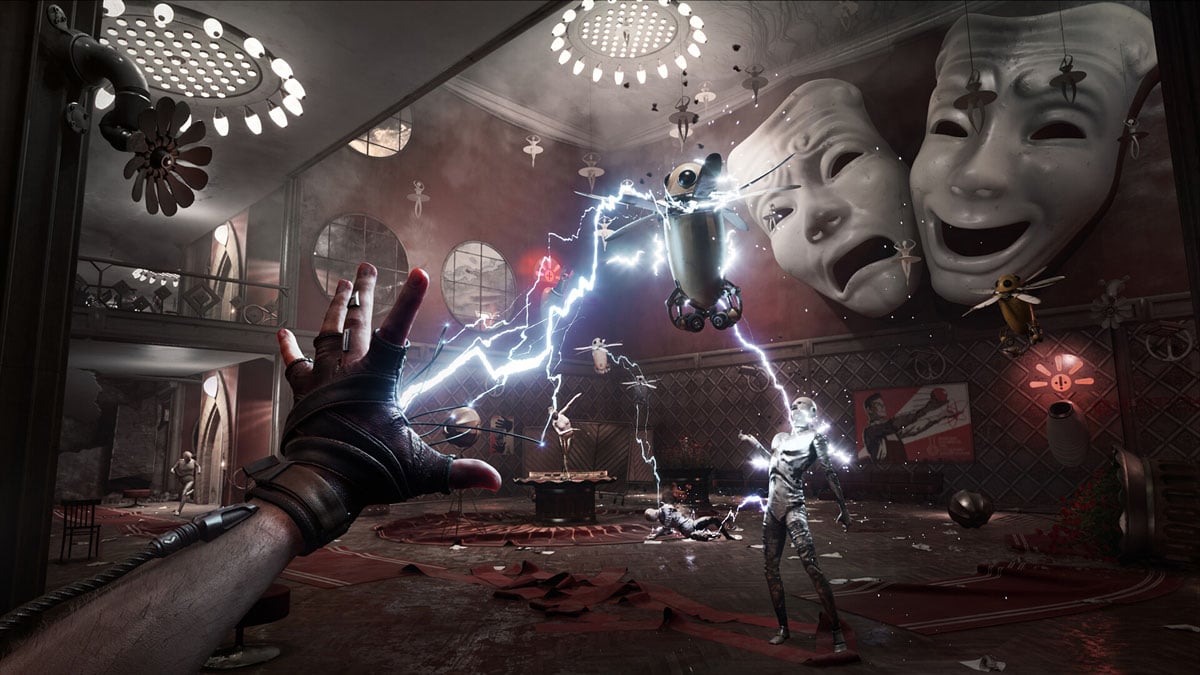 In an altered course of history, thanks to scientists, the Soviets became victorious in World War II through advanced technology. The world of Atomic Heart has robots, flying vehicles, and sophisticated inventions at a time when this shouldn’t be a reality. Something strange seems to be going on. In this first-person RPG set during the 1950s, you play as special agent Major Nechaev, code-named P-3, whose past is a little hazy due to a convenient case of amnesia.

Developed by Mundfish, Atomic Heart opens with some seriously impressive stylistic choices with its art design. This is very reminiscent of other games with visually distinct styles, like BioShock, Dishonored, and Prey. After a brief introduction sequence, the civilian robots suddenly become hostile and begin turning on the population while also attacking Facility 3826 – which is primarily where Atomic Heart takes place over its reported 25-hour story. Following a close call with death, you’ll set off to make your way through the facility and try to figure out what exactly is going on.

Armed with a melee weapon, this will be your trusty first line of offense when going toe to toe against the creepy robots stalking the environment. Combat is challenging, at least in the first few hours I played. The basic robot enemies sustain quite a few hits before going down, and there is some patience required to learn when to engage with just one of these — let alone facing off against two. I would often go back and look for the zones save spot to make sure I didn’t have to redo fights a second time.

As you explore, you’ll acquire new weapons, including guns, but also be able to upgrade and modify your existing arsenal. There is also an array of special abilities you can utilize by operating your A.I. glove called Char-les – which also happens to talk to P-3. A cool idea that was executed extremely well in the recently released High on Life, but in Atomic Heart, P-3 is one of the biggest dude-bro protagonists featured in a game in recent years, and so I could do with less talking from him. The combination with the glove allows you to change up your attack patterns and determine how to approach each situation. You could electrocute a robot and stun them for a moment while you follow up with an attack from your axe. Or levitate a group of enemies off the ground and promptly slam them back to the surface, causing significant damage.

The enemies you face in Atomic Heart will have weak points that you can expose by destroying their armor and seeing what lies beneath their shell. Learning about these locations will be a key focus in your combat encounters to help you get through them quicker while coming out unscathed.

As mentioned before, Atomic Heart is gorgeous visually and is bound to be one of the best-looking games of this year. But another key area that stands out is the animations and how enemies behave as they move around. This is all very smooth and slick and seems like an area the developers have focused on a lot. This attention also echoes throughout other aspects of the game, such as the looting system. Rather than running up and mashing a button on every desk draw you come across, you can hold down the loot button and basically vacuum up all of the resources using Char-les as you run around. It’s an elegant solution and also fits the aesthetic of the world in the process.

The biggest unknown and concern with Atomic Heart will be the outdoor areas. While I had a great time playing the interior levels and solving puzzles, there is an entirely different way to engage with the game as you leave the confines of the facility and start exploring the outside world. There are a series of structures you can interact with that will affect how you’ll deal with the obstructions placed throughout these locations. For example, there is a surveillance system called Dandelion that you can shut down, and it will stop enemies from being alerted to your presence in the area. But how all of these systems work together and how intricate they are as the game progresses wasn’t exactly clear with the amount of time I had to play. Hopefully, there is some strategy here, and it’s not just a repetitive task that becomes mundane over time.

Related: When is the release date of Atomic Heart?

From the first few hours, Atomic Heart looks to be shaping up as one of the more interesting first-person RPG’s of recent years by showcasing a challenging combat system that rewards patience, all while being encapsulated in a distinctive art direction. If Mundfish can stick the landing with this one and continue to evolve the gameplay throughout its campaign, we could be in for something special.