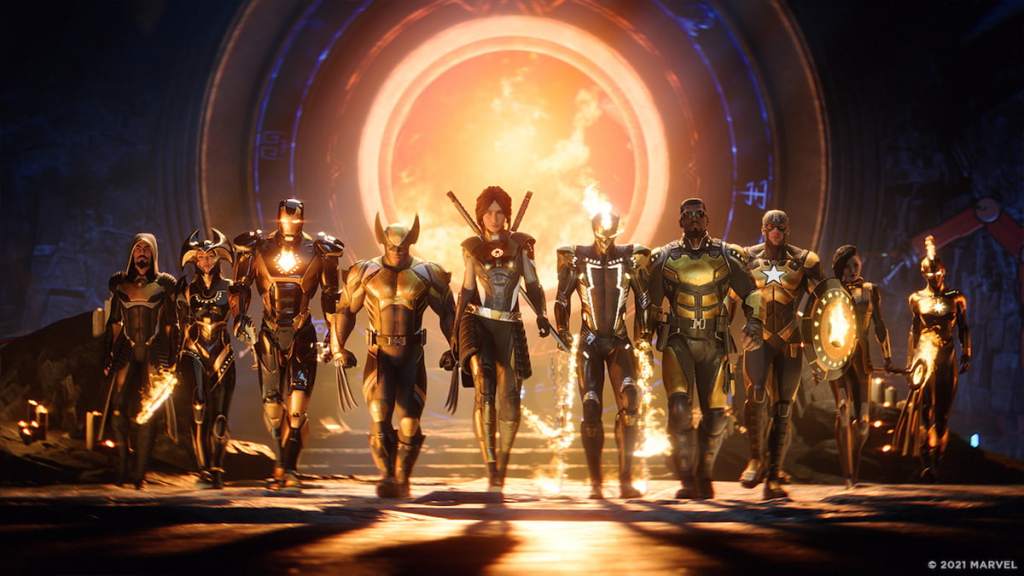 I fondly remember when Marvel games were as common and strange as the comics they came from; a time when a Spider-Man game was often associated with some of the worst games of the year, not a triple-A exclusive blockbuster. The quality and genre of each Marvel game varied greatly during this era. When the Marvel Cinematic Universe came along, the frequency and variety of Marvel games started to slow down to a crawl. Marvel’s Midnight Suns is a throwback to that era of Marvel titles. This tactical game defies the XCOM blueprint due partly to its supernatural roots and studio Firaxis’s talent for creating compelling turn-based experiences.

Firaxis, best known for the XCOM series, takes its tried and true turn-based formula into new territory. The recipe behind Midnight Suns’ ambition is a dash of card battles, a sprinkling of Fire Emblem, and a touch of the arcane. This trio of gameplay components works in lockstep to bring a fresh take on the studio’s XCOM gameplay roots and a much-needed pivot away from Marvel’s cinematic influence.

The story centers around the mother of demons, Lilith, and Hunter, her resurrected child and leader of the eponymous Midnight Suns. Hunter is a fully customizable character that takes charge of the fight against Lilith and her minions. As an original character, Hunter represents the first significant shift away from the traditional Marvel game. The chance to create your hero, complete with full voice acting and unique abilities, provides a fresh take on the typical Marvel protagonist. Hunter is surrounded by a cast of heroes as diverse as their powers.

Beyond the popular but safe choices of Iron Man and Captain America, the Midnight Suns are comprised of a decent variety of interesting characters. Majick, Nico Minoru, Robbie Reyes, and Blade are some of the characters Hunter will grow to befriend and lead into combat against a growing army of demons and Hydra goons.

You get plenty of face time with characters in the Abbey, a base hidden by occult magic that allows you to grow friendships with the entire cast. The Abbey is a central hub for gameplay-focused upgrades and social actions, but it’s also a significant change from the traditional base building in XCOM. It resembles the feel and pacing Garreg Mach Monastery provides in Fire Emblem: Three Houses in terms of exploring the world at your leisure and taking in the cast of characters that reside there.

Marvel’s Midnight Suns features a sizable piece of land to explore in addition to the Abbey itself, complete with cameos from characters like Agatha Harkness and a bevy of secrets to track down and collect. Exploring the social side of Midnight Suns is my favorite part of the experience. After each mission, I spend as much time as possible just running around and catching up with everybody to get more stories and advance each character’s friendships to new levels.

More than a simple card trick

Keeping up with your roster of heroes and exploring the Abbey is a major facet of the campaign, but engaging with Lilith and various Marvel villains across the globe is the narrative pushing all of the action forward. At first glance, Midnight Suns may seem like a simple turn-based RPG when it comes to combat, but it quickly raises the complexity and rules to sometimes dizzying heights.

Each combat sequence in Midnight Suns features up to three playable characters. Each hero has a deck of up to eight cards with skills unique to that character. Combat is turn-based, with each side taking all actions in a given turn.

Each turn, five cards are pulled from your party’s available cards, and you can play three cards from your deck. These cards consist of three different types, divided into Attack, Skills, and Heroics. You can use attack and Skills cards anytime during a turn, but Heroics require Heroism to activate. You build this resource by using the other two card types. All this information is given to you in the opening combat sequence, and it grows much more complex and layered from that point on.

Your cards can have varying effects and perks they activate on use. Some perks include knockback or the ability to regain spent cards. You can use the Heroism resource to use each character’s Heroic ability or spend that resource on using parts of the environment to attack your enemies. I could write a few thousand words on the growing complexity and nuance this combat system offers, but instead, I’ll talk about how well Midnight Suns doles out each of these components.

A house of cards

While Marvel’s Midnight Suns might seem esoteric at first, each of these systems is carefully introduced as you advance through the early chapters of the campaign. Players will gain more access piece by piece, and a full tutorial menu is at your disposal in case you need a refresher on how a mechanic works.

The combat and narrative come together to create something wholly unique in the extensive history of Marvel-based games. Marvel’s Midnight Suns is far from a copy-and-paste Marvel and XCOM hybrid. The card game genre’s complexity meshes well with each attack’s cinematic flourish. The story itself is riveting enough, but the new roster of heroes and the deep, layered combat system will keep me coming back for more.