Bill: Well, Jan, earlier today you published your Shadow of the Colossus PS4 review for TL;DR Games, and I couldn’t help but notice you gave a lower score than many big outlets. It wasn’t drastically lower, but one of the differences between you and many other reviewers is that you hadn’t touched the original on older hardware. This was your first dip in the pool. You were judging this game based only on what you saw this time, and not what you remembered from years past.

All of this got me thinking about how the gaming industry reviews games, and whether we’re coming at it from the wrong angle. Should editors that have extensive time with a series give the latest iteration of a game a perfect score because it’s drastically better and improves on old weaknesses? Are reviewers judging games because they have a soft spot for its original release and, if so, is there a problem with that?

Jan: You’re right about the reason my score for Shadow of the Colossus was a bit lower than other reviewers, and why my score for Monster Hunter: World will be lower than some of the higher ones we’ve seen.

I’m a little conflicted about whether editors should allow their past experiences to influence their review of a game. On the one hand, I can understand how previous time in a series shapes someone’s opinion, and it’s not always wrong to allow that to happen. Our Destiny 2 review, for example, did refer to some things in the original Destiny and how the new game compared to it. I don’t have a problem with this type of comparison if it’s well stated and clear to the reader. To me, the point of a review is to assist gamers in deciding about whether to buy a game, and not everyone will have the same past experiences as a reviewer. If the reader doesn’t know that the review is influenced by improvements over a game that they may have never played before, then I think it does a disservice to them.

I think it’s fine if a review points out the improvements over a previous iteration. However, I don’t think that a mere improvement should equal high praise. That’s kind of like saying “This used to be bad and now it’s tolerable, so that makes it awesome!” I would never expect a review to put aside those rose-colored glasses completely, but I do expect some self-awareness on their part.

Bill: I agree with part of what you said. I also have no issue if a review talks about improvements that were made from one entry in a series to the next. Your audience will be filled with both new and veteran players, and their needs are going to be different.

What I didn’t see in your reply, though, was your take on the tone of the review versus the score. If an editor wants to talk about how the game is better than the previous iteration, that’s cool. But, why should that impact the score? You can explain how the game is a drastic improvement in almost every way over the last entry and still remove those rose-colored glasses when assigning a score. The score, in my opinion, should not be influenced by previous titles in a franchise.

Let’s look at Monster Hunter: World. That game available on the PS4, probably the most popular console on the market, for the first time ever. That guarantees that there will be millions of players experiencing it for the first time. As an editor, is it not your job to recognize your audience and provide them with useful information to help them make an informed decision? What do they care if matchmaking is better than it was a few years ago if it’s still a mess? What does your nostalgia do to assist them in making an informed decision on whether to buy or not?

At the very least, I think that a reviewer needs to outline who their review is for. I’m often up front about my experience with a game in my review, talking about the perspective that I’ll take while scoring it. With EA Sports UFC 3, I told the reader that I was a hardcore MMA fan who wouldn’t be swayed by the flashy inclusion of Conor McGregor. I was looking for technical details with the striking and the depth of the transitions on the ground. As a reader, you can now weigh your experience versus mine and decide if I’m providing you with useless information or not. If you’re a casual fan who wants to throw kicks with McGregor, my take on transitions would be meaningless to you. But, at least you know where I’m coming from. As you mentioned, I’m self-aware enough to explain my perspective, rather than just talk about how good the game is. Are the majority of editors incapable of taking off those rose-colored glasses, or just not willing to?

Jan: Absolutely they owe that to the reader. If for no other reason than to not make themselves look like a fool. As someone who has played Monster Hunter: World for about 50 hours now, I literally laugh at those reviewers who gave it a near perfect or better score. It’s one way for me to lose respect for a reviewer when their reviews blatantly ignore real issues in the game. Tell me how much you love the series and how happy it made you feel, but don’t sweep the fact that matchmaking is terrible under the rug. Some games have too many visible flaws to just brush over them.

I’d like to give reviewers the benefit of the doubt and assume that they could take off the rose-colored glasses, if they knew they had them on. I see an awful lot of times where the review score doesn’t reflect what I perceive to be the reality. Gush about the game inside the body of the review as much as you want, but whenever I see a perfect score, I shake my head. I have yet to come across that perfect game. In fact, even The Witcher 3, TL;DR Games’ standard for an amazing review score, has given me enough problems to not ever consider it to be perfect.

In the end, I believe that reviewers should try to be unbiased and critical of their subjects. Reviews aren’t meant to be love stories or unending amounts of praise for a game. There’s enough of that on YouTube if you’re looking for biased opinions. A review should point out a game’s flaws and positives in an equal fashion. That doesn’t mean that a game can’t be amazing, even if it scores only an eight or nine out of 10.

Catch Player vs Player every Wednesday on TL;DR Games. Jan and Bill will dive into and debate topics of interest in world of video games. 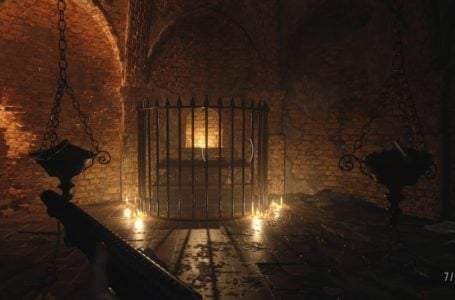 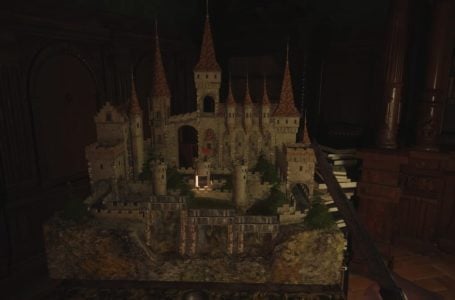