Bill: Jan, something strange happened while I was taking Destiny 2 screenshots for work yesterday. I found myself getting excited about the prospect of playing. It’s a very rare feeling these days, but it has happened twice in the last couple of weeks. Once was when I got a look at the Iron Banner gear for my Titan, and the second time was when I saw the Dead Orbit Hunter armor and all the ornaments. It’s not a big secret that Destiny 2 has always been about the gear and fashion for me, but what’s changed recently is that obtaining these items is within player control, something that was missing in the early days of Destiny 2.

Bungie has a long way to go to fixing Destiny 2 and restoring the franchise to its rightful place of glory, but I feel like they’re on the right track, at least with me. All players are different, though, and as you told me today when I tried to convince you to join me for a Nightfall and some Crucible, “I really have no appetite for it.” Do you not feel that Bungie is headed in the right direction, or is it too little too late?

Jan: It’s not that I think Bungie is headed in the wrong direction. The changes they announced all sound great. What’s keeping me from wanting to jump back into Destiny 2 now is two-fold. The first problem I have is that most of the recently added content requires a fair amount of time spent in the Crucible. Not only do I lack an appetite for that, I’m getting nauseous just thinking about it. The other issue I have is that the appeal of the loot and gear just isn’t there for me right now. I don’t like most of the armor or ornaments or other items that you just spent a bunch of time grinding for. I think it’s great that the grind has been reduced and the randomness been dialed back, but I think I need new content to come back.

Aren’t you tired of doing the same thing repeatedly, even if it means getting a few items that look 90 percent the same as the ones you already have? I don’t think I can stomach any more Inverted Spire or Garden World strikes. I was able to look past that in the original Destiny because there was always something to strive for. Perhaps I shouldn’t be as motivated by loot, but I don’t think there’s anything in Destiny 2 right now that I want, let alone would put myself through the 134th iteration of a Nightfall with that stupid timer.

Bill: While I did ask you to jump into some Crucible with me to get a clan engram, no Crucible was required for me to get the gear I grinded for last night. I will concede that most of the armor in the game looks the same, but I also started off by saying that only twice in the last few weeks was I compelled to return, and I think we can agree that both sets of that armor I came back for look different from the rest. I was also able to obtain the items within a couple of hours in a single gaming session.

Most of what you’re saying makes sense. You have no appetite for the Crucible. Most of the gear looks the same. The Nightfall timer sucks. I agree with all of that, but where you lose me and where I start to wonder if even you know why you aren’t playing Destiny 2, is when you ask me if I’m tired of doing the same thing repeatedly. I mean, that is the history of Destiny. How many times would we run the Court of Oryx, or a specific strike, simply because we wanted one piece of gear? For me, the repetitiveness has never been the issue. It’s the gear. The gear must be there. We agree on that for sure.

I’m not trying to shoot holes in your argument here so much as understand, but did you not like the Titan armor offered in the Iron Banner? Did you log into the game and look at the faction armor and ornaments with your characters and decide if something was worth grinding for? Or, are you understandably just bitter with Bungie and Destiny 2 right now and need time to heal? We talked about rose-colored glasses in last week’s PvP, but is there a chance you’re looking through shit-stained glasses when it comes to Destiny 2 right now? What if the Nightfall timer was gone? What if we had a raid party ready to go tonight? What if Masterwork Cores weren’t as frequent as winning the lottery? What if we had a group of six ready to roll out into the Iron Banner? Would any of that make you take a closer look at the gear?

Jan: I do own a pretty good pair of shit-stained glasses and I most certainly do wear them at times when it comes to Destiny 2. Like you said, it comes down to the gear. The Iron Banner gear wasn’t worth my time because it meant too many hours in the Crucible. I have admittedly not looked closely at… what is it this week, faction gear? Is that what you worked for yesterday? It’s just not enticing enough to me. The Nightfall timer will be gone soon and that will make it easier to entertain firing one up, but right now the rewards for it are still useless to me. The reason I kept grinding in Destiny was because there was a specific exotic I was after, or a certain roll of a gun. I feel like I have everything there is to have in Destiny 2. Masterwork weapons were exciting for about a week, until I realized that they do nothing of value, and I had the ones I cared about anyway. So, when Masterwork armor made its appearance, I honestly couldn’t be bothered to check it out. It’s not enough.

Now, a raid party? That is where you’ll get my attention. We’ve run the Leviathan raid to death, but we’ve never even attempted the Curse of Osiris raid lair. That makes me tremendously sad. I would make time for that if we had the numbers. Outside of that, though, unless some new secret items are introduced – Destiny 2 needs a secret so bad – or the next DLC is released with new story content, I’m happy wandering the fields of Bohemia in Kingdom Come: Deliverance. I’ve put close to 200 hours into Destiny 2 on PC and PS4 combined, and I don’t think it’s too much to ask to be given something more than a different colored scout rifle that I can maybe buy if everyone else chooses the same faction as me.

Bill: I don’t disagree with anything you said, which takes the versus out of PvP, huh? What I’ve come to realize is that you and I are mad at Destiny 2 to various degrees and for various reasons. I think I’m a bit more tolerant of the grind than you are, and I’m willing to consider the future and see that I’ll probably regret not getting an item that is only here for a limited time, so I’ll suck it up and play a bit. I also think that I want to be won back, whereas you wouldn’t resist if the content were there, but are fine to do other things if it’s not.

At the end of the day, though, you and I aren’t losing a thing. You’re into Kingdom Come: Deliverance and seem happy. I just finished Dishonored 2 and loved it. I’ve still got Horizon Zero Dawn to finish, and Dishonored: Death of the Outsider. That isn’t factoring in The Legend of Zelda: Breath of the Wild, which is something I’m long overdue to play. You and I can debate and deep-dive into the reasons we’re not in love with Destiny 2 all day, but there are too many games out there that are worth our attention, and Bungie is running out of road when it comes to their community’s patience. 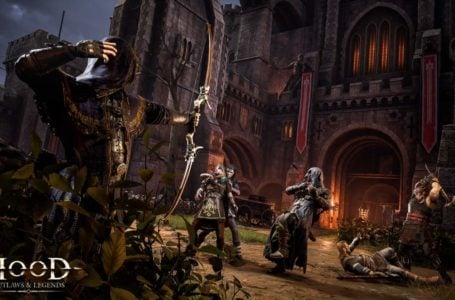