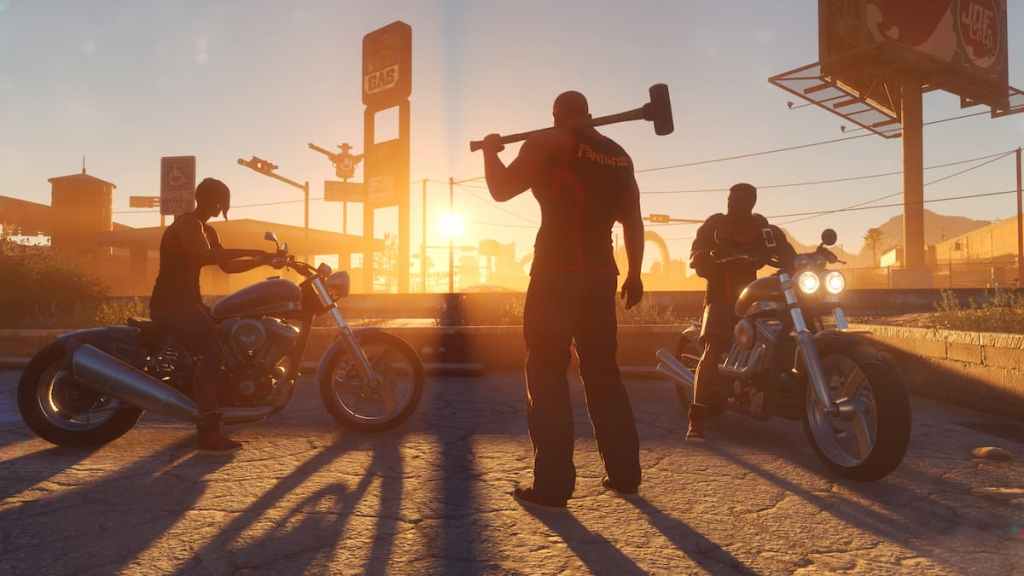 As a Johnny Gat defender, I was shocked when it was revealed that he, along with all of the other Saints, was being left out of the reboot. Like the Fast and the Furious franchise, Saints Row always felt like a game about family and the ludicrous. Nixing half of the equation left me crying in my bathtub with a bottle of Teremana tequila, unable to imagine the horrors that were happening to one of my favorite franchises.

Okay, that’s a little dramatic, but I was concerned that the series would never be able to get back to the highs of Saints Row The Third, especially with a cast of hipster twenty-somethings taking the lead. After spending about four hours at a Las Vegas hotel playing Saints Row, I can confidently say that, while I still miss Gat, Shaundi, and the gang, the over-the-top absurdity has me convinced that Volition is taking this reboot in the right direction.

An ice cream suit for any occasion

I’m a simple man. I like my video games to be fun — both in gameplay and in antics. I love a game that sees you storming a penthouse to Kanye West’s “Power” while you’re dressed like a toilet. Or a game that drops Rowdy Roddy Piper in as Homie while you’re trying to fight off an alien invasion. Especially since Saints Row The Third, the series has been able to consistently find the absurdity in just about everything it does and maximize how over-the-top each successive mission gets. That all led to the fourth game jumping the shark and tossing superpowered versions of the Saints into space. With nowhere to realistically go, Volition essentially built in a series reboot into one of the endings to Saints Row: Gat Out of Hell.

This brings us to the upcoming Saints Row game. In many ways, it’s going to feel very familiar to franchise fans. You’re running a burgeoning empire, going around murdering people, and engaging all types of criminal enterprises. In the hands of other developers, that could feel like a regression, but Volition is both moving the franchise forward mechanically and taking the foolishness up a notch.

As mentioned above, I went in expecting to be somewhat underwhelmed by the new characters. While I’m still not ready to share a Corona with them, everything on the periphery has me convinced Volition knows exactly what it’s doing. I won’t spoil any of the antics you get up to early in the game, but I will say that I almost immediately found a gigantic ice cream cone suit (complete with ice cream jiggle physics) and put myself in it.

Seeing that cone flop around as its collision detection failed to register while driving a car told me that this one was going to be alright. Then, I saw the player next to me turn into a mailbox while skydiving after his co-op partner pressed the “prank” button. After that, I used a forklift to make some port-a-potties explode in a rain of brown liquid. Needless to say, the ridiculousness of Saints Row is alive and well.

It’s not just silly costumes that have me hyped as the game’s August 23 release date nears. Volition has done quite a bit to modernize the Saints Row formula. This is very much still the game Saints Row fans are used to, but it has several new wrinkles. For example, you now have equippable special attacks that you can use to turn the tide of battle. Early on, these are mostly grenades, but I did make ample use of the skill that lets you attach a bomb to a character and then hurl them at their friends. While not a huge change in the moment-to-moment gameplay, it does give you more tools for your belt and makes combat more engaging.

You also have the ability to perform a takedown to regain health. This isn’t as in-depth as something like Doom Eternal; instead, it’s just a good way to break things up and push players to stay in fights rather than seek out cover. Granted, I’ve only played for a few hours, but the combat did feel more exciting than I remember Saints Row The Third being. This attempt to modernize the series doesn’t just extend to combat, though.

Have a criminal enterprise your way

I wasn’t able to see all the systems at their fullest in my four-hour session, but I did get a short introduction to the Empire Board. This feature gives you the chance to build out your empire however you want it. Previously, you just had to select missions from the map, but now you get more control over which ones are available and when you tackle them. If you want to start off doing classic Fraud Insurance scams, you just need to plonk that building down on a site on the Santo Ileso map and complete some quests. Before you know it, you’ll be throwing yourself into traffic and racking up questionable insurance claims like the best of them.

You can also do things like collecting trophies that you can use to improve the look of your base, but I wasn’t able to get very deep into the base-building section of the game. What I can say is that both the side quests and the main missions were the exact kind of bombastic I’m looking for out of a Saints Row game. It’ll be interesting to see if that holds up over the course of the game. The side quests especially started to feel a little too samey in past Saints Row games, so I want to see if Volition does anything to change them up or provide players with a more in-depth pay-off mission at the end.

There are, of course, other questions and reservations on my end. I didn’t get a great feel for the four main characters, and none of them grabbed me right away in the short time I had with them. That’s something that may change over time in the final game. There also seems to be a fair amount of open-world jank here. To be fair, this is a preview build that should be improved as we get closer to launch, but it’s still worth paying attention to at launch. Plus, most of the jank was much closer to charming than game-breaking. For example, seeing a costume clip through the roof of your car or having a fire hydrant fling you 20 feet into the air might feel “immersion-breaking” for some, but you certainly couldn’t call it game-breaking.

On the whole, though, I went from morbidly curious about what this reboot was going to be to excited to see a real Saints game back on store shelves. Volition’s trademark blend of humor and over-the-top antics is back in full force, and it has several new gameplay wrinkles that should help the game keep up with modern titles. Sure, it’s not breaking new ground on the gameplay front, but a Saints Row game doesn’t need to. This series is about fun, first and foremost, and my four hours were chock full of just that.