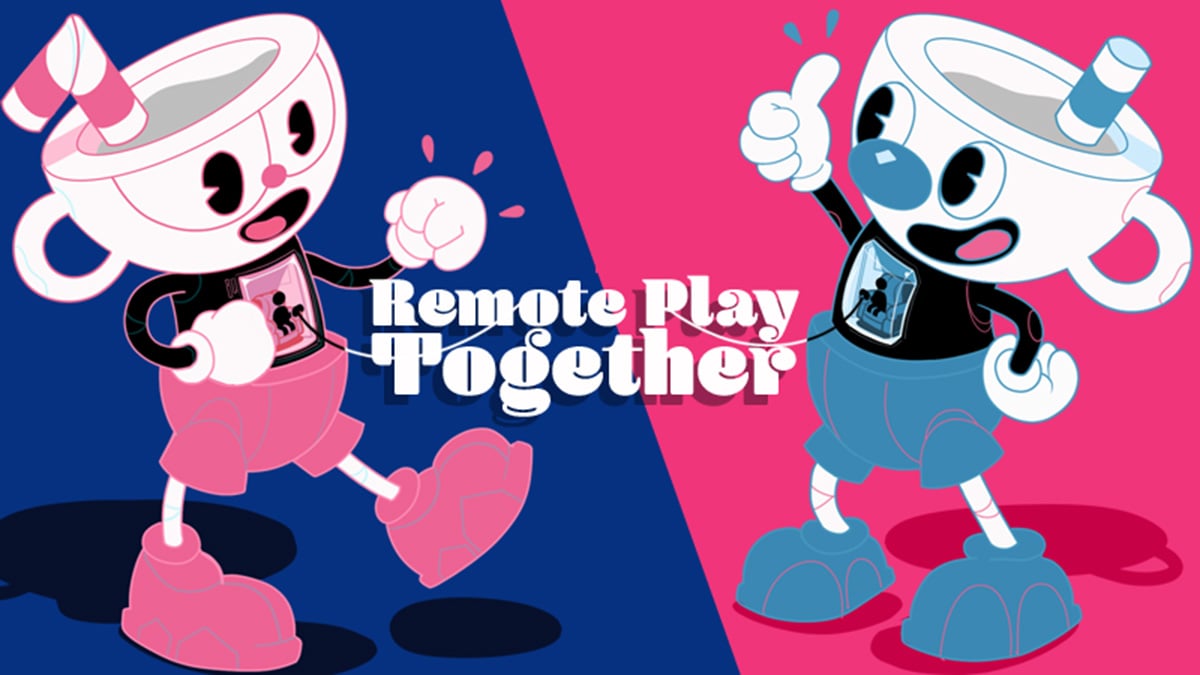 Have you ever been playing a game that supports couch cooperative play, but when you look around, you have no one to play with? While couch co-op is a great feature in games, without an online matchmaking system, things can be harder to play with friends. Enter Steam’s Remote Play Together feature, which, if a game allows it, will connect two devices using Steam by streaming a gameplay session so different parties can play on it.

Simply put, the Lego games are easy and fun experiences for people of any age, plus feature some of the most popular franchises in the world. From Star Wars and Lord of the Rings to Harry Potter and Jurassic World, you are going to find a story you grew up adoring and enjoy it in a new way by playing through levels as dozens of characters and breaking down the environment’s blocky setup.

Are you a fan of 1930s-era cartoons and wish you could play a game like that? Cuphead brings that unique experience forward in a challenging boss battle game with a few platforming challenges that will have you and your friend howling in frustration but continually coming back for more until you overcome each obstacle. Every aspect of Cuphead, from its jazzy music to each hand-drawn frame of gameplay, will have you smiling and enjoying this one of a kind game.

Garry’s Mod is a top-rated sandbox tool that houses tons of community-created games, levels, and other content. It is one of the few games in the world that does not hold you back from realizing your ideas, all while enforcing experimentation to make unique experiences. When you talk about community-driven games, there is no better example than Garry’s Mod.

Hotshot Racing is an arcade racer that calls back to games like Daytona USA, which honestly, we do not see enough of in today’s gaming offerings. Eight racers compete against each other on tracks with quick turns requiring drifting, bumping, and reaching the next checkpoint before time runs out. Hotshot Racing features simple graphics and fun, fast gameplay, which makes it stand out as one of the best racing games you need to try with a friend.

Some of the best indie games are the ones that take wonky physics and build a game around them. Human Fall Flat does precisely that with this 3D platformer. Each level is made up of floating islands with varying obstacles to pass. Should you fall, you will land right back on the island, giving this title lighthearted, no pressure gameplay that you and your friend can laugh along to as the hours tick by.

There are no other puzzle games like the Portal franchise. While we may never get a third entry in the series, Portal 2 is a blast from start to finish. While you will enjoy the single-player campaign’s humor and physics-based gameplay, you can receive all of that with expanded puzzles in the cooperative campaign.  Play as two robots named Atlas and P-body and complete tests for everyone’s favorite evil robot, GLaDOS.

Here is a simple concept: let’s put rocket-powered vehicles in an arena and have them knock a giant ball into the opposing team’s goal. Even people who are not fans of soccer can enjoy Rocket League’s flying, fast-paced gameplay. The game is straightforward to play, but hard to master, since as you get more time with the game, you will learn how to juggle the ball through the air and flip your way into outperforming the opposition. There are very few experiences as rewarding as the explosions from pulling off some fancy maneuvers to score a goal in Rocket League.

Shovel Knight is well known for being one of the best 2D platforming games ever made. Graphically and gameplay-wise, it reminds us of older gamers of titles from the NES days like Ducktales, but it stands out on its own for being a pure joy to play through with a friend. As Shovel Knight, you use your trusty gardening tool to dig up treasure, bounce on enemies, and traverse your way through a variety of environments with brilliant chiptune music to bop your head to while on the way.

The Civilization games are iconic strategy games for building an empire to rule the world over other governments. Develop and expand your technology, culture, warfare, and other aspects with iconic leaders from throughout Earth’s history and prove your civilization stands above all others (but most importantly, your friends). These games can take a long time to complete, but every moment is a worthwhile endeavor that will have you and your friend talking for weeks about.

Not every game needs to be a complicated idea with unique gameplay aspects. Tabletop Simulator is a physics-based title that lets you and your friends play board games together. The sandbox and available community created mods will allow you to design and play virtually any tabletop game you desire. For a fun time that will call back to your favorite tabletop games, be sure to take a look at this fun, community-driven game.