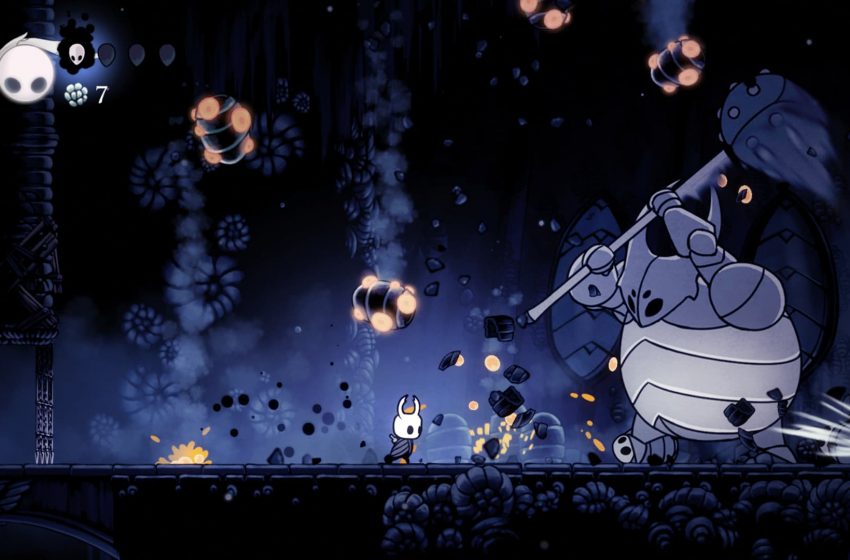 Ah, the Metroidvania. A genre as beloved as its name is confusing.

Starting with the classics Castlevania: Symphony of the Night and Super Metroid, the Metroidvania has grown from a mechanics mash-up into a genre of its own, with clear conventions and constant innovations. While Metroidvanias have become much more varied since they first appeared, there are a few constants to help you pick one out in a crowd.

Generally, Metroidvanias are platforming games with large, interconnected maps that require the player to seek out powerups to get past locked doors or otherwise inaccessible areas. If you’re still not quite sure what that means, it should become clear quickly if you try one of the games on this list. And if you’re already a Metroidvania veteran, you may just find your new favorite among the best Metroidvania games for the Nintendo Switch.

10. Bloodstained: Ritual of the Night

Former Castlevania director Koji Igarashi recently returned to Metroidvanias with Bloodstained: Ritual of the Night, an extension of his work on the iconic series that kicked off the genre. Bloodstained wears its inspiration openly, feeling like it could have been a lost Castlevania game itself. While the Switch port had some major technical problems at launch, they’ve mostly been patched out, making Bloodstained well worth a look for anyone who wants a classic Metroidvania experience.

Owlboy is a totally unique take on the Metroidvania that lets you explore the skies rather than crawling along on land. Being able to fly gives you a whole different way to explore the environment, and Owlboy uses that ability as the basis for some clever combat and puzzle-solving mechanics as well. More than most other Metroidvanias, Owlboy also puts its story front and center, getting players invested in the struggles of protagonist Otus as much as they’re interested in navigating its great-looking environments.

Rather than exploring a pre-made environment to get to the end, you’ll need to make your own path in Steamworld Dig 2. In this sequel that improves in every way on the already great Steamworld Dig, you’ll need to — you guessed it — dig your way through the mostly underground world to find the source of mysterious earthquakes that are rattling the surface. As you upgrade your picks, drills, and grappling hooks, you’ll find new ways to traverse the buried catacombs and stand toe to toe with the monsters lurking in the depths.

Timespinner is such a faithful throwback to old-school platformers, you’ll swear you remember playing it on the SNES. Its graphics and soundtrack are pitch-perfect at recalling 16-bit era platformers, and its simple but satisfying gameplay fits right in. In Timespinner, you’ll need to collect a suite of abilities to navigate through both space and time as you hop backward and forward to save your own timeline from destruction. There are tons of weapons and companions to find along the way that let you hone your playstyle to your liking, and the optional side quests and hidden bosses will keep you busy for quite a while.

There are a lot of challenging Metroidvanias out there, but there may be none that kill you quite as often as Dead Cells. Dead Cells turns the winning Metroidvania formula into a roguelike, making for a particularly addictive combination that can keep you saying “just one more run” until well past any reasonable bedtime. While most of your runs will end in an untimely death, Dead Cells grants you upgrades that persist through death by unlocking an ever-expanding suite of new weapons and skills. Like any good Metroidvania, some of those skills will let you open shortcuts and paths to entirely new, increasingly deadly areas, making it even harder to ever put down.

With their focus on slowing accruing upgrades and retracing your steps to find new areas, Metroidvanias tend to be longer games, unfolding over dozens of hours. Gato Roboto manages to pack all the joy of the genre into a game short enough to finish in one lazy afternoon with time to spare. In just a few hours, you can go from using your pitiful starting blaster to fend off frogs and insects to using a fully upgraded kit to take down the game’s wildly challenging bosses. You’ll even have time to find the hidden cassette tapes that let you change the color palette of Gato Roboto’s GameBoy-inspired graphics. Oh, and did we mention you do all this as a cat in a mech suit?

4. Ori and the Blind Forest

Ori and the Blind Forest started out on Xbox One and PC in 2015, but its 2019 port is a perfect fit for the Nintendo Switch. More than maybe any other game on this list, Ori and the Blind Forest is just a joy to move through, with every smooth traversal ability accompanied by an equally gorgeous animation. Telling a simple story packed with emotion, Ori and the Blind Forest is full of setpieces that will stick with you long after you’ve played them, thanks in part to its unique art style and wonderful character designs. Just be ready to replay some sections over and over, because this game gets tough quickly. Its sequel, Ori and the Will of the Wisps, is out now, but no plans to bring it to the Switch have been announced.

At the outset, The Messenger doesn’t look like it belongs on this list at all. For the first few hours of The Messenger, it plays out like a classic 8-bit sidescroller, but at a certain point, it pulls back the curtain to show you that it’s actually a Metroidvania in disguise. The Messenger makes perfect use of its time travel mechanic to jump between different game modes. As you jump back and forth in time, you’ll be able to experience the game’s beautiful environments in two totally different graphical styles, and often you’ll find the solution to a problem from one era hiding in the other. This funny, genre-savvy platformer would be worth a look for the gimmick alone, but fortunately, it’s also a blast to play.

Blasphemous blends Metroidvania trappings with another ludicrously named genre — the Soulslike — to make a particularly brutal, but nonetheless engrossing, platformer. The game’s Spain-based developer The Game Kitchen uses the aesthetics of Spanish Catholic iconography to create a uniquely compelling and bloody world that’s as hostile as it is beautiful.

As you might expect from a Soulslike, Blasphemous is not for the faint of heart. Its challenge verges on frustrating at times, but as you make your way through it, you’ll collect spells and all kinds of equipment that grant you new abilities or just make you a little tougher to kill. If you’re looking for a Metroidvania that moves a little slower and demands much more of you than many other games in the genre, Blasphemous is a good bet.

You’d be hard-pressed to find a better Metroidvania than Hollow Knight on any platform, let alone the Nintendo Switch. Genre aside, it’s one of the best indie games of the last few years, and an absolute must-play for anyone who doesn’t mind a rather steep challenge.

In Hollow Knight, you play as an initially unnamed bug creature traveling through a dark and decaying kingdom full of all sorts of creepy crawlies who aren’t too happy to see you invading their turf. Starting with nothing more than your trusty Nail to keep you safe, you’ll eventually collect dozens of magic spells and abilities that transform you from a frightened grub into a fearsome slayer of supernatural foes.

On top of its incredibly satisfying combat, Hollow Knight features top-notch level design that subtly unfolds the story of the kingdom of Hallownest’s ruin as it guides you through several gorgeous and surprising environments. Hollow Knight is the kind of game that demands replaying even after you’ve spent dozens of hours on it the first time through, and new fans will be happy to hear that a sequel, called Silksong, is currently in the works.