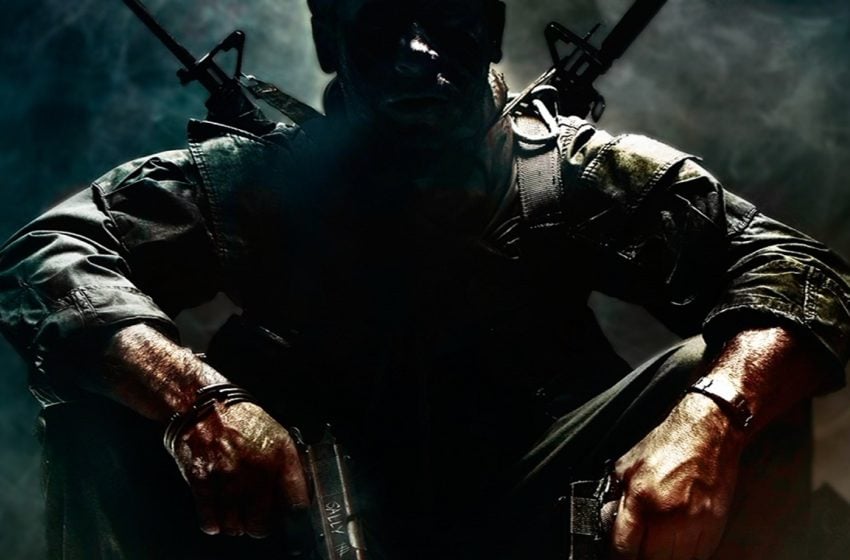 Many Call of Duty fans once viewed Treyarch as the “B-team” developer of the franchise, with its early contributions thought to be middling in comparison to the work of series creator Infinity Ward. It wasn’t until Treyarch conceived the Black Ops subseries that the studio became the oddball and experimental Call of Duty team we know today.

Treyarch would influence Call of Duty through its use of complex storylines, multiplayer shake-ups like Pick 10, and the popular Zombies mode. With five installments released on consoles and PC over a decade and a sixth entry on the way, which will return Black Ops to the Cold War era, let’s look back at the contributions each title made to Black Ops lore and Call of Duty multiplayer.

Call of Duty: World at War

An often-forgotten fact is that Treyarch’s World at War laid some groundwork for the larger story of Black Ops. While some fans thought that returning to World War II after Infinity Ward’s first Modern Warfare game was regressive, this title looked at new fronts for Call of Duty. The campaign had two parts: one in the Pacific, with American Marines battling Imperial Japan, and the other putting players in the shoes of Dimitri Petrenko of the Red Army, led by Viktor Reznov. Voiced by Oscar-winner Gary Oldman, Reznov would continue to have an important role in Black Ops.

Treyarch made use of the updated engine from Call of Duty 4: Modern Warfare, and multiplayer was essentially a World War II reskin. The studio lifted the War game mode and the gameplay concept of vehicles from Call of Duty 3 into its new game, although World at War felt like a comedown from the groundbreaking Modern Warfare. By far the biggest contribution to Call of Duty multiplayer was the secret Zombies mode, a four-player survival mode with elaborate clues and lore. The story of “Tank” Dempsey, Nikolai Belinski, Takeo Masaki, and Dr. Edward Richtofen would continue throughout the entire Black Ops series.

Black Ops would break new ground in a historical era untouched by Call of Duty at this point. Set during the 1960s in the midst of the Cold War, the first Black Ops told an ambitious and intricate story involving espionage, numbers stations, and sleeper agents. Call of Duty was no longer about the ordinary soldier. Instead, protagonist Alex Mason was brought into a conspiracy that had him encounter Viktor Reznov and become brainwashed by former Red Army and Nazi scientists. The unreliable narrator aspect, along with trippy imagery and the shifting perspectives with characters Frank Woods and Jason Hudson, made for a memorable narrative experience.

The multiplayer mode of Black Ops would iterate on Infinity Ward’s Modern Warfare 2, adding a number of twists. Among the new killstreaks was the RC-XD, an explosive remote-controlled car, and the map Nuketown became a mainstay for all subsequent Black Ops entries. Weapon cosmetics were fully customizable, and COD Points acted as an in-game currency. These points could be used for purchasing weapon components, but players were more likely to gamble them in Wager Matches, with modes including Gun Game, One in the Chamber, Sharpshooter, and Sticks and Stones. Zombies made a return, and along with continuing the story of the World at War quartet, one level gave players control of John F. Kennedy, Richard Nixon, Robert McNamara, and Fidel Castro fighting zombies in the Pentagon.

In its second official outing, the Black Ops series once again visited a new time period, skipping the modern era completely and instead taking place in the year 2025. Players primarily took control of Alex Mason’s son, David “Section” Mason, although the story also provided backstory through flashbacks to Alex Mason, Woods, and Hudson in the late 1980s. Section would face off against a tragic villain named Raul Menendez, who sought to start a new Cold War sparked by mineral scarcity and defined by robotics and futuristic technology. This unconventional campaign would feature branching paths, multiple endings, and even real-time strategy levels.

By far the most significant change to multiplayer was to the Create-a-Class feature, which was shaken up by the new “Pick 10” system. Players could allocate 10 slots in their class however they wanted; for example, one could put on more Perks than usual, with a trade-off of having fewer weapon attachments and less equipment. Killstreaks turned into Scorestreaks, allowing other actions like assists and taking objectives to contribute to players earning rewards. And weapons would have their own progression system and Prestige mode.

In a radical pivot, Black Ops III focused on entirely new characters, albeit still in the same continuity, jumping forward to the year 2065. In the wake of Menendez’s actions in the previous game, the world is in the midst of a third Cold War (because we couldn’t get enough of those). Drones, simulations, and cybernetic supersoldiers are prevalent, and the player controls an unnamed protagonist in pursuit of rogue black ops agents led by a character portrayed by Christopher Meloni. The campaign incorporated a hub and loadouts but eschewed branching paths.

Both the campaign and multiplayer featured new mobility options, including wall-running, boost jumps, and slides. These changes were controversial to some, and movement didn’t feel nearly as fluid as it did in competing game Titanfall. Players could also pick from different “Specialists,” each with their own unique abilities and a special weapon, bringing Call of Duty closer to the “hero shooter” genre. As the first Call of Duty game with a three-year development cycle, this third installment was chock full of content, but the shift away from legacy Black Ops characters received criticism.

In another unusual move, Treyarch completely omitted a single-player campaign from the fourth Black Ops game. The studio also removed wall-running and boost jumps, advertising a “boots-on-the-ground” gameplay experience. To justify the technological regression, Black Ops 4 was set in 2043, over 20 years before the previous Black Ops game. The story told through tutorials for the Specialists involved Alex Mason’s granddaughter Samantha, the “world’s first trillionaire” who gathers a team of black ops operatives for a project largely unknown to them.

In lieu of the campaign was Blackout, a 100-player battle royale in the vein of PUBG. The map featured locales from the four previous games of the series, as well as numerous land, sea, and air vehicles. Standard multiplayer utilized some of the same Specialists from Black Ops 3 and featured manual healing over the traditional automatic healing that Call of Duty traditionally utilizes. Black Ops 4 also faced backlash from the Call of Duty community for its microtransactions design.

In some ways, Call of Duty: Black Ops Cold War is going back to basics. A direct narrative sequel to the first Black Ops game, Cold War takes place in the early 1980s and will once again feature Mason, Woods, and Hudson. The single-player campaign, handled by Raven Software, will have the player control a silent protagonist as they join the Black Ops team to pursue the Soviet spy known as Perseus. Like Black Ops II, this game will also have branching narrative paths.

The multiplayer by Treyarch will incorporate the hugely popular battle royale mode Warzone from the 2019 Modern Warfare reboot. Like Infinity Ward’s game, Cold War will have cross-play and cross-progression, even across console generations. Naturally, Zombies will make a return.