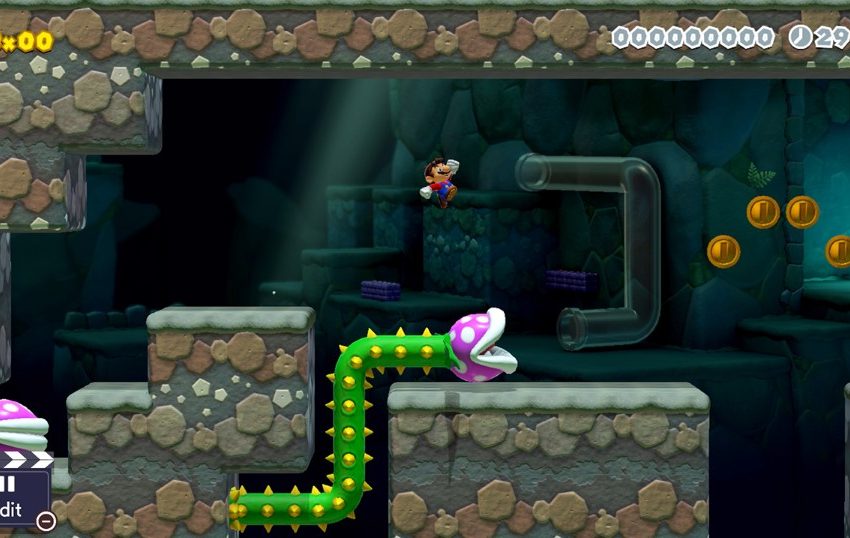 After going missing for a prolonged time, local multiplayer games are making a comeback. Whether it’s split-screen, top-down, or a party game, there’s something special about playing a game with someone sitting right next to you.

Here are the best games from 2019 that let you play local multiplayer.

Mortal Kombat 11 is yet another example of the series’s continued excellence in 2D fighting. Put simply, it is one of the best fighting games of the generation. A bunch of mainstays in the Mortal Kombat franchise make their return, with new fatalities for you to mutilate your enemy with. But they are not alone. This time around, new characters include the likes of Terminator T-800, the Joker, and Spawn. 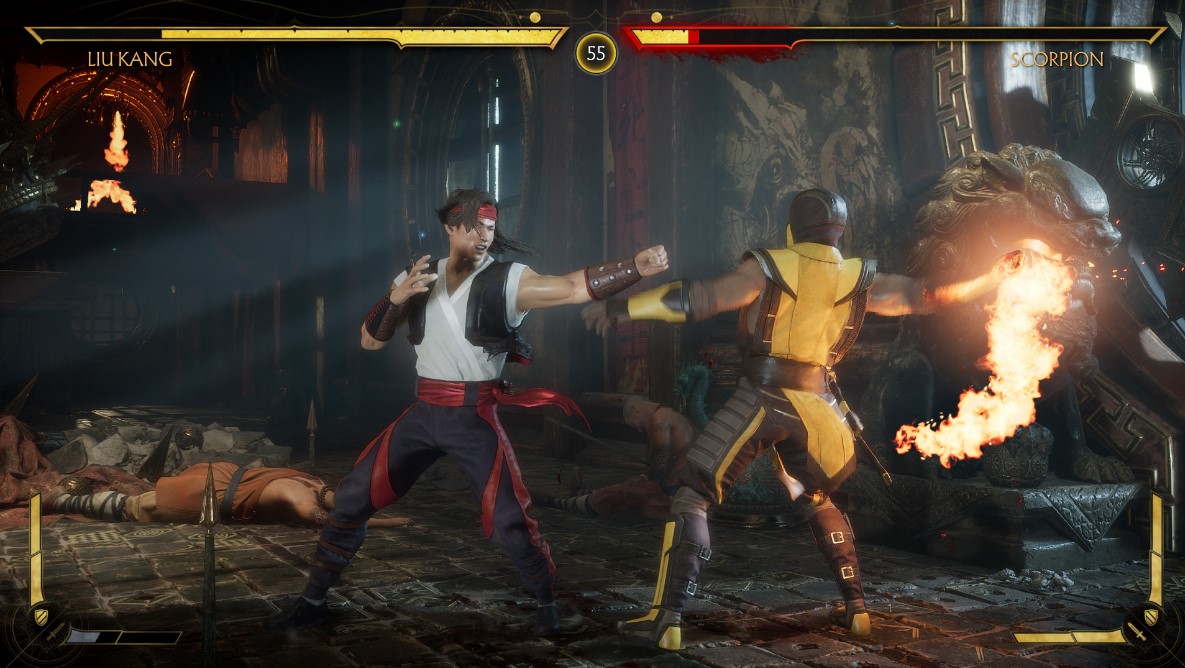 As with every other game in the series, two players can face off against each other in single matches. You can also set up tournaments against the AI to see which of you are the strongest in a gauntlet. Unfortunately, that is where the local multiplayer ends, which holds Mortal Kombat 11 back from being higher on this list.

The Ultimate Alliance series had not received a new entry in a decade before 2019. With the third game in the series, fans were brought back to the similar top-down hero beat’em up that made the first two games cult classics in the mid-2000s.

In the game, four Marvel heroes of your choice team up and take on minions, with the occasional boss fight. Each hero has their special abilities that can be swapped out and upgraded as you level them up. You and three other friends will need to have a pair of joy-cons or pro controllers, as the game does not support single joy-con play. Should you have the proper equipment, you can make your dream Marvel hero team-up.

Ultimate Alliance 3 is fun, but not a great game to play for prolonged periods. After you spend enough time pulling off the same moves repeatedly, you start noticing the areas that made the series go on a long hiatus. That being said, the gaming industry always needs more local cooperative games, and Marvel Ultimate Alliance 3 holds its place well.

Like the original game, Crash Team Racing Nitro-Fueled can be played in split-screen. While you won’t be able to play in adventure mode with friends, the race and battle modes are still an absolute blast to play. 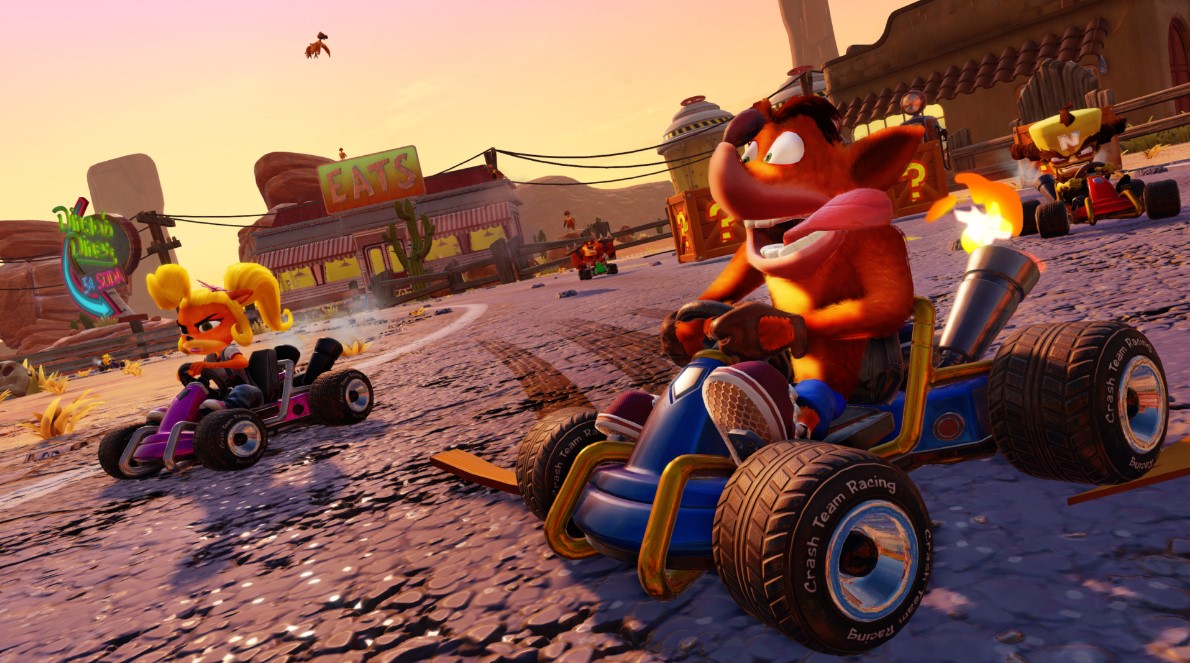 Developer Beenox did an excellent job of making sure CTR’s return felt accurate to the original. The same gameplay returns with modern-day graphics and additional racers and tracks that were not playable in the first game. Whether you played the game as a kid or are experiencing it for the first time, CTR is one of the best arcade racers ever made.

One of the key mechanics of CTR is the power slide. It is the drifting move in the game, and your ability to garner as many boosts from it is integral to your success in a race. Every track in the game was designed to take full advantage of the player’s ability to power slide, so once you and the person you’re playing with figure it out, you will truly have some competitive matches against each other.

Luigi’s spooky return to ghost hunting has been a big success for multiple reasons, but the added multiplayer has been one of the key additions. Many people are happy to have the green plumber back to saving Mario from King Boo. What should add to that excitement are two different ways a person sitting next to you can join in the game.

In story mode, after you unlock Luigi’s counterpart Gooigi, you can play the entire story cooperatively. The ScareScraper mode is a nice change-up in gameplay, too, where up to four consoles, each with one or two players, play through different timed objectives. These objectives include capturing ghosts, finding lost toads, and more with your friends all sitting in the same room as you.

ScareScraper is an online capable mode as well. You and up to three others can play on one single Switch as you team up with up to four others to take on the different challenges. It should also be noted that this mode will not be sitting idle after its launch. Nintendo has already announced it will be receiving paid DLC at a later date.

Super Mario Maker 2 is a great experience on its own, but getting a friend to play some user-made levels with you elevates it even higher. Teaming up with a Player 2 lets you run through any course you have downloaded and gives you the multiplayer Super Mario gameplay you always wished for as a kid and didn’t get until New Super Mario Bros. Playing Mario Maker 2 with friends will provide you with an endless amount of content to play through. You and your couch co-op partners can play everything from nice strolls through the Mushroom Kingdom to playing the maddening impossible maps that players make to torment others. Up to four people can play at a time, taking the roles of Mario, Luigi, Toad, and Toadette.

Of course, if you and your friends are the creative types, you can always create your maps together as well. The Nintendo Switch is the best current console for local multiplayer play with its ability to be so versatile. Super Mario Maker 2 is the best example of this in 2019 and is a must-play for any Mario fan and will give you and any friends hours of fun.