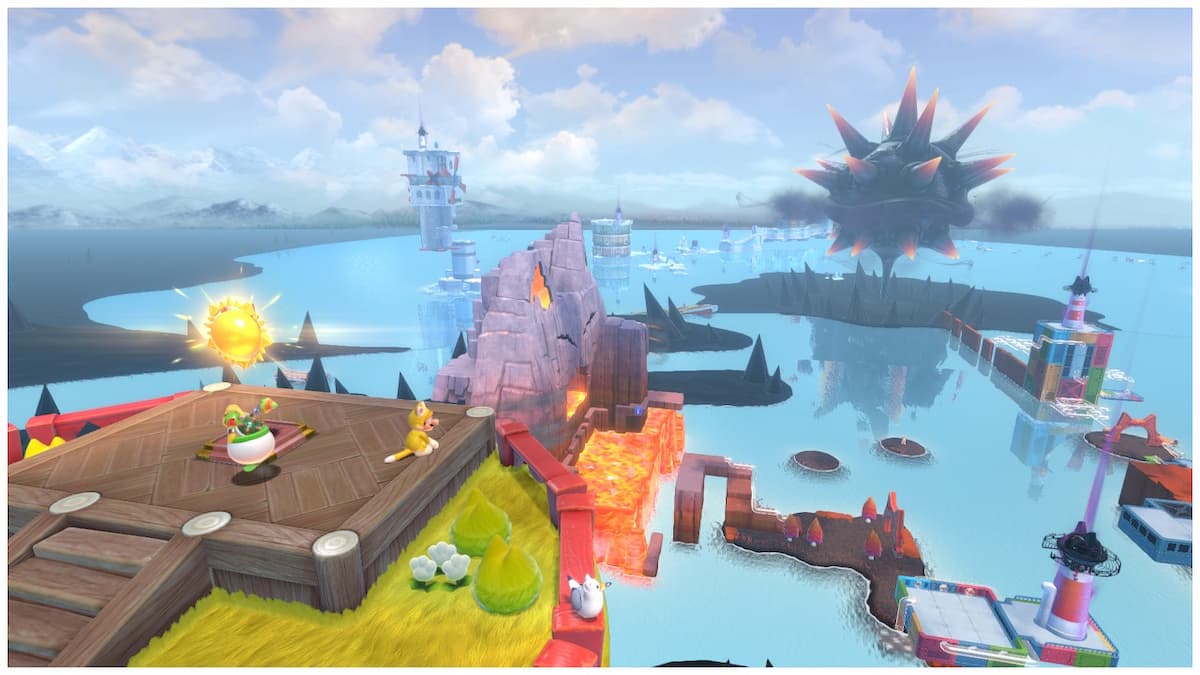 Within the many levels of the 3D Super Mario platformers, each selection feels like a gameplay experiment. From Super Mario 64 to Super Mario Odyssey, these titles contain enough variety and a multitude of cycling mechanics that can, for the most part, hold up on their own were they to have an entire game centered around them. While at their core these games may all involve Mario running and jumping, each of them is quite distinct and have their own pros and cons.

Most recently, Super Mario 3D World saw a re-release on the Nintendo Switch, and with it came a smaller game as a sidecar: Bowser’s Fury. Many of the different tools and gameplay styles found throughout the years of 3D Mario platformers are represented somehow in this two-in-one package, and even the roughly four-hour-long Bowser’s Fury itself is a mishmash of ideas. It is yet another gameplay experiment from Nintendo, but it also may present an interesting roadmap to Mario’s 3D future — one that pulls from all parts of the franchise’s legacy.

Rather than simply converting the left-to-right platforming of the 2D Super Mario games to 3D, Super Mario 64 focused on wide-open spaces. With an emphasis on exploration, the levels in 64 and in its GameCube successor Super Mario Sunshine acted as open-world playgrounds. There was a formula that 64, Sunshine, and Super Mario Galaxy on Wii adhered to: the player would access these levels through a hub world, with each containing different missions for collectible Stars or Shines. Mario’s entry points were paintings or portals, taking him to colorful themed lands.

While Galaxy and its sequel also had this structure, the levels themselves weren’t as wide as those in 64 and Sunshine. With many of these sections taking place on planetoids with gravity gimmicks, Galaxy was a bit more linear. Still, there was the occasional open area, like Honeyhive Galaxy, that provided that flexibility and freedom from the earlier games. While fans of 64 and Sunshine may have missed the larger worlds of those games, Galaxy still brought the variety Mario is known for, with each successive level having some sort of new suit, environmental feature, or some other gameplay wildcard. At the same time, Galaxy was a step toward making the series more streamlined and accessible.

The Galaxy team would continue that streamlining with Super Mario 3D Land, an often-forgotten title in the canon. This handheld platformer took advantage of the 3D stereoscopic features of the Nintendo 3DS and was essentially what Super Mario 64 wasn’t — a three-dimensional representation of the classic 2D obstacle style of Super Mario platforming. Mario was back to basics: a time limit, a simple size-based health system, and jumping on top of a flagpole at the end of every level. The original Super Mario 3D World on Wii U iterated on 3D Land; while it kept the same linearity of that game, levels were larger to accommodate four playable characters, and the variety and creativity of power-ups and level concepts from Galaxy kept 3D World from becoming a rehash. But even amidst the experimentation from Nintendo, fans still vied for the open worlds of the older games.

The sound and fury

Nintendo knew how much its players had missed exploring larger levels, which was telling when they directly cited Super Mario Odyssey on Nintendo Switch to have similar environments to those of 64 and Sunshine. Odyssey couldn’t be any more of a far cry from 3D World, with wide-open spaces containing various nooks and crannies for players to find collectibles in. And rather than requiring paintings or portals to switch between missions, players would just find collectibles scattered around these worlds. Transformations and possessing enemies and objects provided those same gameplay experimentations Super Mario is known for, and a wider set of moves for Mario, including throwing his cap for an extra bounce, along with diving and rolling, made Mario more versatile than ever.

With such a return to form, going back to Super Mario 3D World’s re-release on Switch was a bit of whiplash. But more curious was Bowser’s Fury, which attempts to take the best of all worlds. The entirety of Bowser’s Fury takes place in one large environment called Lake Lapcat, which is riddled with black sludge and terrorized by a giant corrupted kaiju-like Bowser. It harkens back to the open spaces of Odyssey, while also having a similar mission structure to 64, Sunshine, and Galaxy. The difference here is that everything takes place in one constant world — rather than having any kind of hub world or map to take Mario to the next level, Mario simply has to run from one area to another.

The sudden changes in music and scenery in the same continuous world are an exciting novelty. Even without paintings or anything of the like, the game encourages you to come back to these areas for different objectives, and Lake Lapcat overall feels like an alive and dynamic world. Adding to that sense of dynamism is Bowser himself, showing up at intervals to change the environment with new platforms and throw additional threats in the form of his fire breath and firebombs. That particular novelty may grow stale after some time, but the excitement of platforming around in an ever-changing world remains exhilarating.

Compared to all of Mario’s 3D ventures, Bowser’s Fury is most similar to a technical demo — but at least it’s a pretty good one. It’s a strange hybrid of all that came before it, from the missions and Stars/Sprites of 64 to Galaxy to the moveset of 3D Land and 3D World and the space that Odyssey provided. It’s easy to compare Bowser’s Fury to the franchise’s take on a Breath of the Wild-like experience, not only because of the non-linearity but because of the vantage points the world gives the player. There is a sense of verticality to Lake Lapcat that Mario games prior do not provide, and the looming, spinning shell of giant Bowser, waiting to strike at the next rainfall, is not unlike the dark visual of Hyrule Castle constantly within Link’s eyesight no matter where he is.

Bowser’s Fury feels like a slice of what could be a larger open-world Mario game, but there is plenty that would have to be fixed and addressed if Nintendo truly wanted to go this route. For one, the more simplistic platforming moveset of 3D World left a lot to be desired, lacking in the versatility that led to so many more impressive feats in Odyssey. If the world is to be more complex, so too should the player’s control toolkit for navigating it. And navigation overall has to be easy and accessible; 3D World’s Plessie makes for a good mount in Lake Lapcat, but the environment has to have enough meat to it that makes moving around this large space worthwhile.

It would be unlike Nintendo to rehash the Bowser mechanic of Bowser’s Fury — there are probably countless ways the developers could create an equally dynamic world, especially if it plans to build a game of traditional Super Mario length. The biggest obstacle, however, is processing power. While Lake Lapcat was a joy to run around in, it has now become obvious that the Nintendo Switch isn’t enough to contain all of Nintendo’s gameplay ambitious. With a hit in resolution on TV mode and a frame rate chopped in half in handheld mode, the Switch felt like it was barely able to keep up. Super Mario 64 to Odyssey were fittingly crafted for their respective hardware devices, but Bowser’s Fury felt like the first time a Mario game was trying to break out of the constraints of the box it was trapped in.

Nintendo may not realize it, but it has been laying out the groundwork for the ultimate Super Mario 3D platformer over the past few decades. With all of its ideas in a bag, and perhaps with a bit of extra power, we may be able to live a Mario three-dimensional dream. 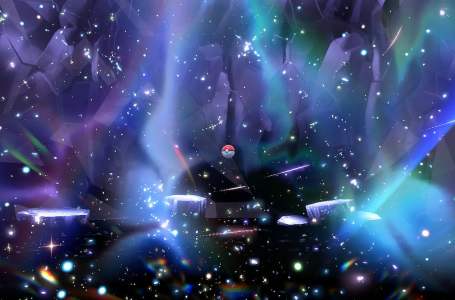