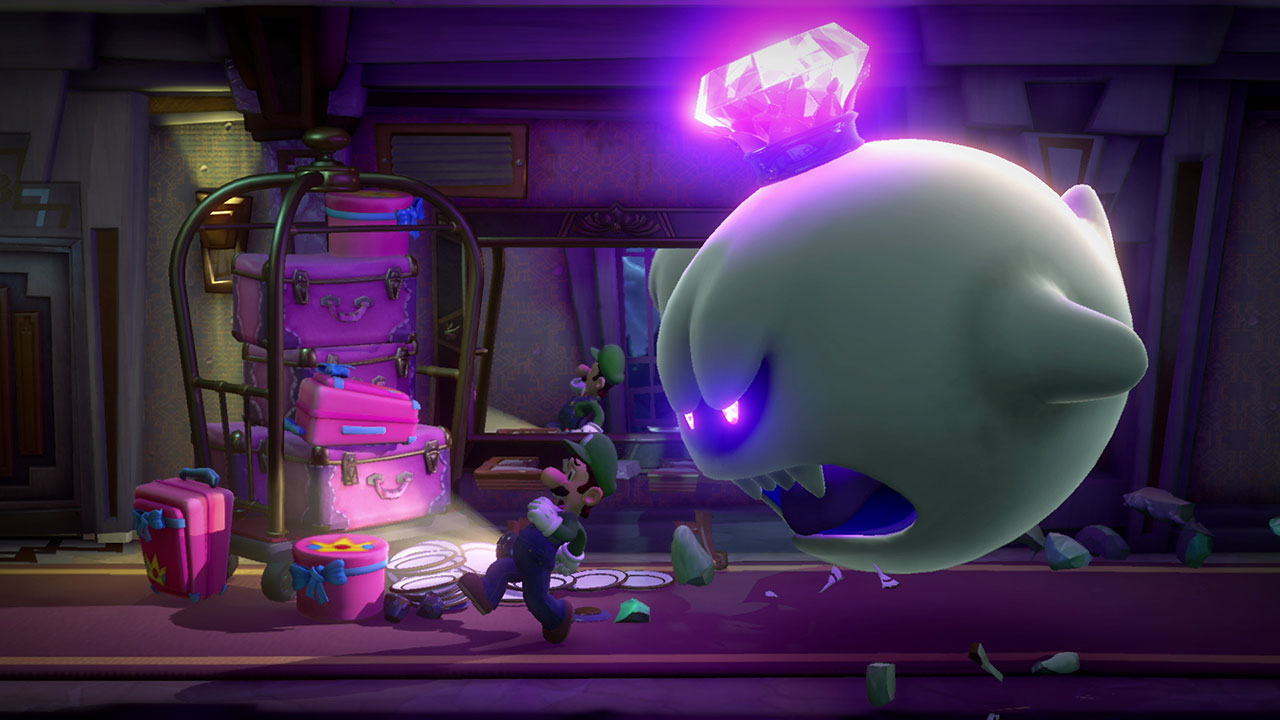 As the spooky season approaches, it’s hard to imagine donning a costume and meeting with friends. Between the coronavirus and the fires in the U.S., this Halloween looks to be a quiet, indoor celebration. For most, that means movies, but do not discount video games as a thrilling and scary way to celebrate Halloween.

The best Halloween games come in many flavors. Some are fun and silly; some are spine chilling; others will make you jump out of your seat. It depends on what players are looking to experience. Here, we round up the top 10 Halloween video games.

Released in 2014, Alien: Isolation follows Amanda Ripley, daughter of Ellen Ripley from the original Alien movies. The game takes place 15 years after the first film. Players control Amanda as she tries to recover the flight recorder from her mother’s ship. In her attempts to locate it, she discovers the station is stalked by a single alien. Players rely on stealth, trying to outwit and hide from the alien. Different weapons play different roles and the alien isn’t the only hostile enemy on board: humans and androids will also attack under the right conditions. The alien is the main enemy and threat as it cannot be defeated and will also investigate and hunt the player or nearby sounds. The game may appeal more to fans of the Alien series than newcomers, but its emphasis on stealth and survival is thrilling and enjoyable.

Blair Witch is a 2019 game that takes place two years after the Blair Witch Project film. Players control Ellis Lynch and his dog, Bullet, as they search for a missing boy in the Black Hills Forest. Unlike many others on this list, it is played entirely in first person, alternating between flashbacks and found footage. The game blurs the line between what Ellis is actually experiencing and what is only in his head. A major element of the game is Bullet, but beware, treat the dog poorly and he can die.

It’s not the newest of the Soulsborne series, but if you’re looking to celebrate Halloween with some chilling horror elements, dust off your copy of Bloodborne. Dark Souls and Sekiro: Shadows Die Twice pull some horror elements into their storytelling, but Bloodborne relies on spine-tingling Lovecraftian Horror every step of the way. Create your hunter and step into Hunter’s Dream as you fight monsters and gods and discover the origin of this plague in the city. Bloodborne is a gross, gritty, and dark mystery. It is not overtly scary, but every moment is laced with a chill that will grip you as you progress further in the game.

Man of Medan is a successor to Until Dawn, the same way that Bloodborne is a successor to Dark Souls. The gameplay is similar but follows a different story and characters. A group of friends plans a diving expedition only to get captured and trapped on a ghost ship. The player takes control of multiple characters, guiding them through the haunted ship and the different dangers it brings. Man of Medan does offer more multiplayer options and if players want to experience some spooky storytelling with their siblings or family, Man of Medan is a good option. Little Hope is the next installment in the Dark Pictures Anthology and is set to release on October 30, 2020.

Dead by Daylight is a slasher film turned game with online multiplayer. In a 4v1 arena, the four victims must work to escape the killer. The killer must catch, kill, or sabotage the players as they try to escape. There are different killers to play as and each killer has their own unique skills. Players have to work together to start generators, rescue each other, distract the killer, and survive to make it out alive. Dead by Daylight is an enjoyable, multiplayer horror experience and perfect for those looking to play online with some long-distance friends this Halloween.

Five Nights at Freddy’s released in 2014 and quickly became a leader in horror games. Players take the role of a night security guard at a pizza parlor. Animatronic animals are bloodthirsty and stalk the halls during the night, looking for their next kill. There are plot elements referenced through the game. The game isn’t chilling like Bloodborne, but relies on base fears and jump scares to get to the player. The gameplay is simple but the method of trapping the player builds fear in a powerful way. Players can’t move. They are only able to lock doors and check cameras while the clock runs out. Players only need to last through the night, for five nights, before they win the game. The animatronic enemies become more hostile as the game continues. Five Nights at Freddy’s has several sequels and spin-offs, all of which are good for a scary Halloween experience.

The Last of Us Part II is not a horror game necessarily, but inspired by the zombie apocalypse trend, it is good for those looking for a plot rich single-player experience. The game released in June 2020 and follows two characters as they navigate through the post-apocalyptic universe. Without going into too much detail to avoid spoilers, the gameplay is very similar to the first The Last of Us game, relying on stealth, improvised weapons, and crafting to get through the hostile enemies and to your destination.

Little Nightmares is a different kind of horror game. The game makes use of atmosphere, sound, and unique art style to fully immerse the player in the genre. Players control Six, a little girl, as she navigates the Maw, a “mysterious vessel inhabited by corrupted souls looking for their next meal.” Food and hunger play important roles in the plot and gameplay. The sequel, Little Nightmares II, is in development and is scheduled to release November 2, 2021.

Released on Halloween 2019, Luigi’s Mansion 3 is the third installment in the Luigi’s Mansion series. Luigi, Mario, Peach, and the Toads take a trip to the Last Resort, a swanky, invite-only hotel. Luigi is quick to discover that it was a plot by King Boo to capture his friends. Take control of Luigi, and later Gooigi, to solve puzzles and rescue your friends. Luigi’s Mansion 3 also offers multiplayer, for multigamer households looking to celebrate Halloween together.

Until Dawn is a playable movie from Supermassive Games. The game takes a standard Halloween film and turns it into a video game, forcing the player to make tough decisions and react to the world around them. Until Dawn follows eight young adults at a ski resort on Blackwood Mountain. After two sisters disappeared on the mountain a year before, the eight friends return to lodge. The characters are terrorized by a masked man and supernatural elements begin to unfold. The main feature of this game was the butterfly effect, where the player’s actions, or lack thereof, could lead to consequences or even deaths of other characters.