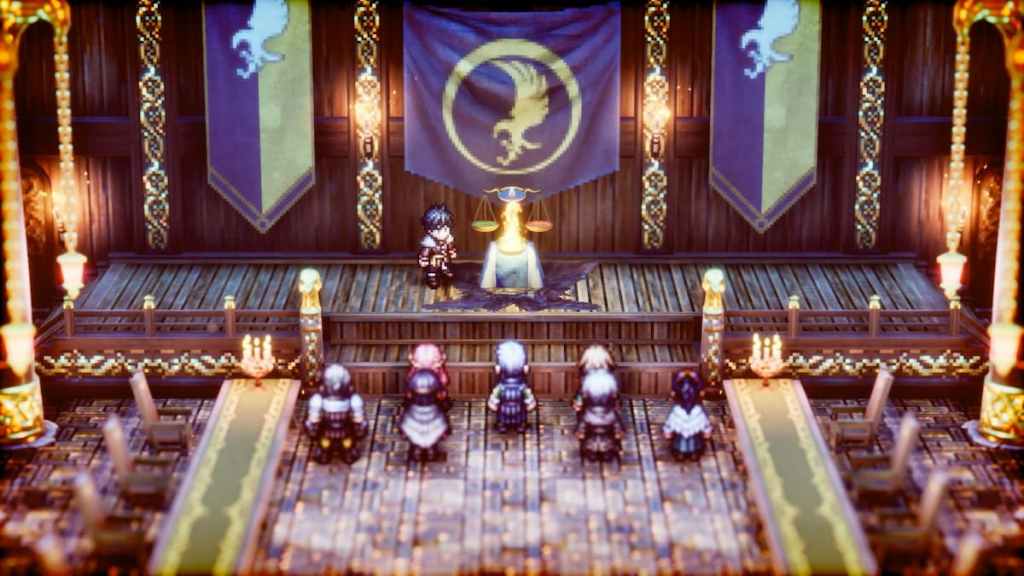 I first reviewed Triangle Strategy all the way back in March when it was released on the Nintendo Switch. I found it to be an immensely enjoyable experience, teetering right on the cusp of greatness within the tactical strategy RPG genre. I will let you in on a little secret, however. The Switch, while wonderful, is not my favorite platform. As much as I adore Nintendo’s amazing device and many of the games that are released on it, I will always call the PC my gaming home.

My childhood was spent listening to friends arguing about whether the Nintendo or the Sega was better while I was playing games on my trusty Amiga 500. This would set me up for a lifelong addiction to PC gaming, and as much as I love my consoles, I will usually pick up copies of my favorite titles on PC when possible. So, given how much I enjoyed Triangle Strategy on the Switch, I was delighted to be offered a PC code to test out that version of the game.

Ports can be a tricky business, often letting down fantastic titles that deserve to have a good showing when they end up making the platform jump. The good news is that Square Enix has done a really good job with this port. Part of that boils down to how simple the game is graphically. The good news about most Switch games is that they need to be pretty lean and well thought out to run well on the platform. Triangle Strategy also embraces a very particular art style, the wonderful use of pixel art, soft lighting, and tilt-shift camera angles, giving it a beautiful, warm aesthetic that is apparently quite easy to run.

Triangle Strategy is very easy to run overall. An AMD A8-7600 or an i3-3210 with an RX 460 or GTX 950 GPU is enough to play the game. Meanwhile, the recommended specs don’t stray above the power of a GTX 1060, which just happens to be the most popular GPU on Steam.

The graphics options are, perhaps, a little simple, but that is actually very forgivable given how easy the game is to run and how the visuals are far more ruled by artistic direction than raw processing power. Triangle Strategy is going to look good no matter what. It will just look absolutely beautiful at 1440p or 4K, with Shadows, Anti-Aliasing, and Post Processing all running on Ultra. You can also toggle the Depth of Field if that particular effect is not to your liking. While the concept of “more pixels makes things pretty” might be a massive oversimplification of how games work at a visual level, it does hold true in this instance. The only real bugbear I have with the port execution is that there is no way to change the framerates in the menus.

Octopath Traveler fans who are finding themselves struggling to wait until Feb 24 of next year when the second installment arrives should absolutely dive into this game on PC. It is going to provide you with dozens of hours of thrilling tactical gameplay and a fun story and manages to wrap it all up in a delightful, almost storybook aesthetic. It also controls very well with mouse and keyboard, which is another benefit to fans of the PC platform.

The only downside to having received a review copy of Triangle Strategy on PC is that I am now terrifyingly curious as to how it will play and feel on the Steam Deck. It might just be time to pull the trigger on picking up Valve’s latest hardware so I can give the game yet another playthrough. If you have been on the fence about Triangle Strategy on PC, don’t be. It’s a worthy port that deserves your time. If you don’t know much about the game and need a more traditional review to decide on whether you will make that leap, be sure to check out when we broke down the game for the Switch.

Triangle Strategy is available for PC now through Steam. A copy of this game was provided to us by the publisher.