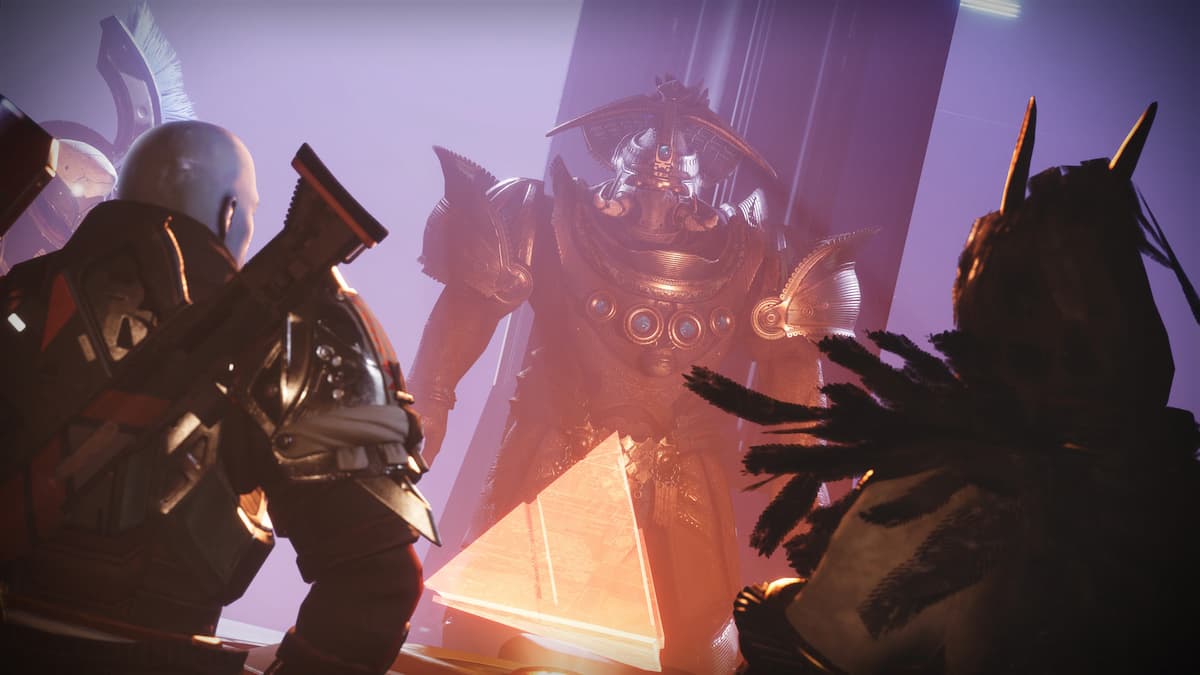 After you play through the opening section of Destiny 2’s Season of the Chosen, and get your first taste of the Battlegrounds, you will find a strange artifact called the Bell of Conquests. This will then kick off a quest called A Challenger Rises. For the first step of this quest, you need to bring the artifact to the new H.E.L.M in the tower.

You can find the H.E.L.M by opening your Director and traveling to the Tower. On the main Tower map in your Director, you will see a new green symbol that looks vaguely like the Eye of Sauron. We are not kidding, just look at the image below. Click on this and you will load into the H.E.L.M.

You will need to tour the H.E.L.M, which boils down to following the onscreen prompts. The first step is to just bring the Bell of Conquests to the War Table, the very fancy looking table at the far end of the room.

Interact with the War Table then click on the icon for the Bell of Conquests. That is pretty much it, Zavala will have a lot to say, and after that, the game will naturally tick over to a quest called The Challengers Proving, a much longer 12 step quest that will get you up to speed on the new seasonal mechanics.

Make sure you look around the H.E.L.M, as it is a well designed space. There is ap postmaster and a Vault here, which is great as you will be using the Prismatic Recaster to open a lot of Umbral Engrams, and dealing with a lot of gear and loot.