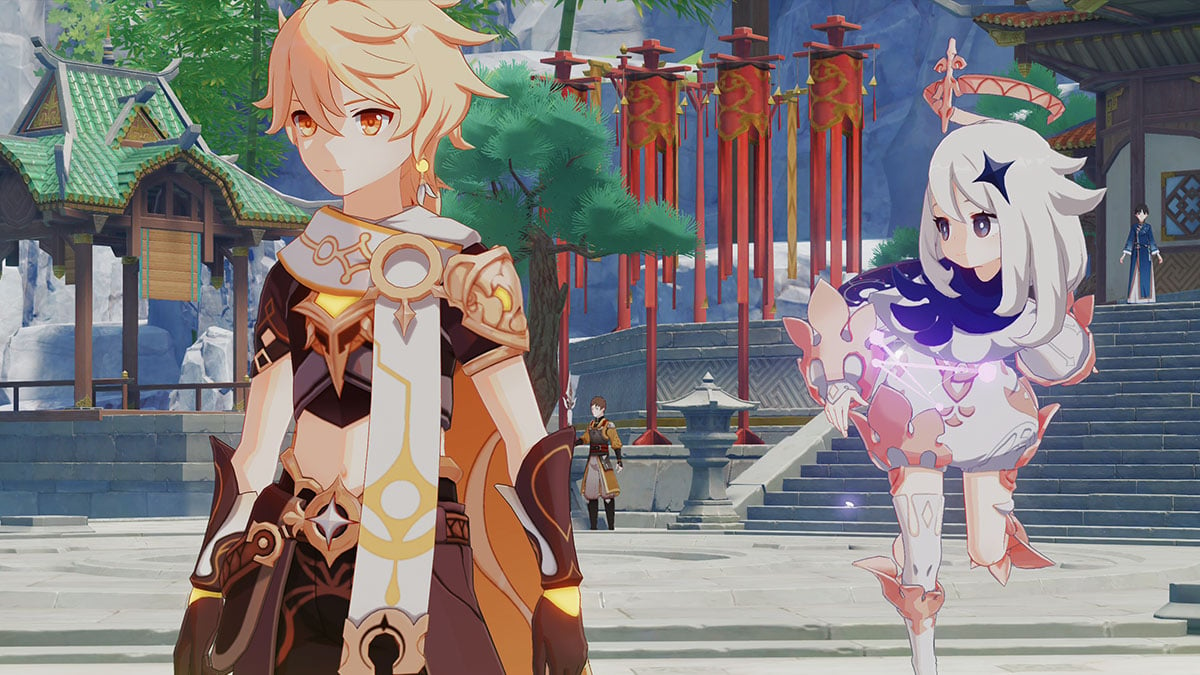 A Teapot to Call Home is a world quest that was added to Genshin Impact in update 1.5. During this quest, players will meet Yenfei for the first time, and will work toward getting access to the Serenitea Pot, the game’s housebuilding feature.

To start the mission, players will need to go and speak with Granny in Liyue, who will once again thank them for all they have done for the city and its people. Granny will explain that she has a present for you, but needs to some rare materials. The good news is that she has already sent someone in search of them, and this turns out to be Yanfei.

Yanfei will appear, and you can agree to accompany her on her quest to find the materials. Yanfei will want to speak to a merchant by the docks named Krosl as she is on the search for some Smaragdus Jadeite. While Krosl did have the materials you need, he used them to make a pair of hairpins that he rented to Zhiqiao.

Go and speak with Zhiqiao and she will tell you that she has lost the hairpins, and doesn’t know what happened to them. After speaking with Zhiqiao for a while, go back to Krosl for a further conversation. Krosl is incredulous at the loss of the expensive hairpins.

Finish the conversation then follow the waypoint for a private conversation with Zhiqiao. Yanfei will say that there is a chance the lost hairpins are not real Smaragdus Jadeite. The ore is a very powerful magical element and should make mortals ill if they were in contact with it.

After that, head directly across the square and speak with Shitou. Shitou will still have some pieces of the ore that Krosl asked him to work on. It turns out that the ore is not Smaragdus Jadeite, just as Yanfei suspected.

Up next, it’s time to speak with Xingxi, and then follow that up with a trip to Bubu Pharmacy. During both conversations, Yanfei will gather further evidence and testimony about Krosl’s claim that the ore was Smaragdus Jadeite.

He will admit that he made some fake Smaragdus Jadeite, but only because the real ore made him ill and he had wasted so much money on it. After the conversation is over, return to Granny with the newly acquired Smaragdus Jadeite.