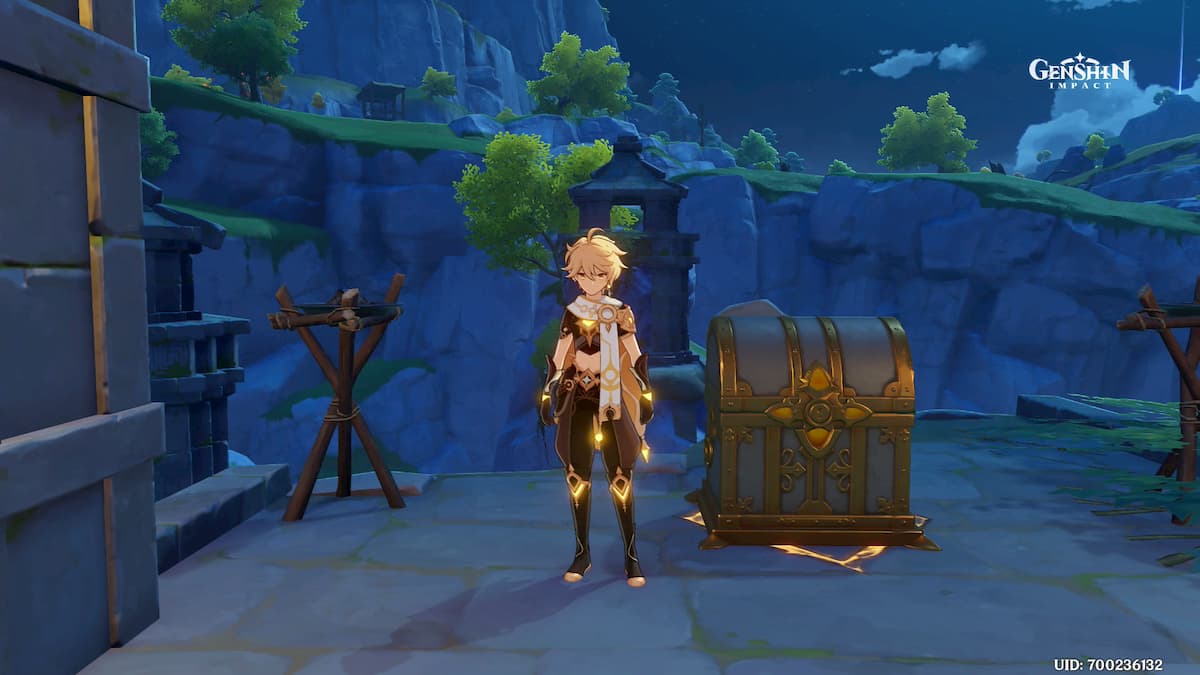 If you have been exploring the map in Genshin Impact, you may have arrived at the ruins in Qingxu Pool in the southwest of Lisha, Liyue. These ruins look stunning, and they are home to a secret. If you climb to the top you will find a tablet that speaks of five seals. If you can activate them all, you will get access to some treasure.

You will need a Geo character in your party, as the seals can only be activated if you hit them with a Geo elemental skill, so make sure you switch characters if you need to.

The first seal is on the ground at the foot of the tablet, just hit it with a Geo ability to activate it.

Now, look across the chasm and you will see two towers. Both of them house a Geo seal, so glider over and climb up, then activate both of them.

Make your way back to where you found the tablet and look up and slight to the left. You will see another tower, show in the image below. Climb up to it and activate the seal.

From there, look dowm from the tower and you will see that last tower you need to reach below you. It is very easy to glide down to it.

When you activate the final seal, a chest will appear where the tablet was. Make your way back to it and open it up. It is a Luxurious chest, so will contain some nice goodies for you.

Before you leave the area, make sure you grab the other mobs chests, and the Geoculus at the top of the tower that contains the fourth seal.