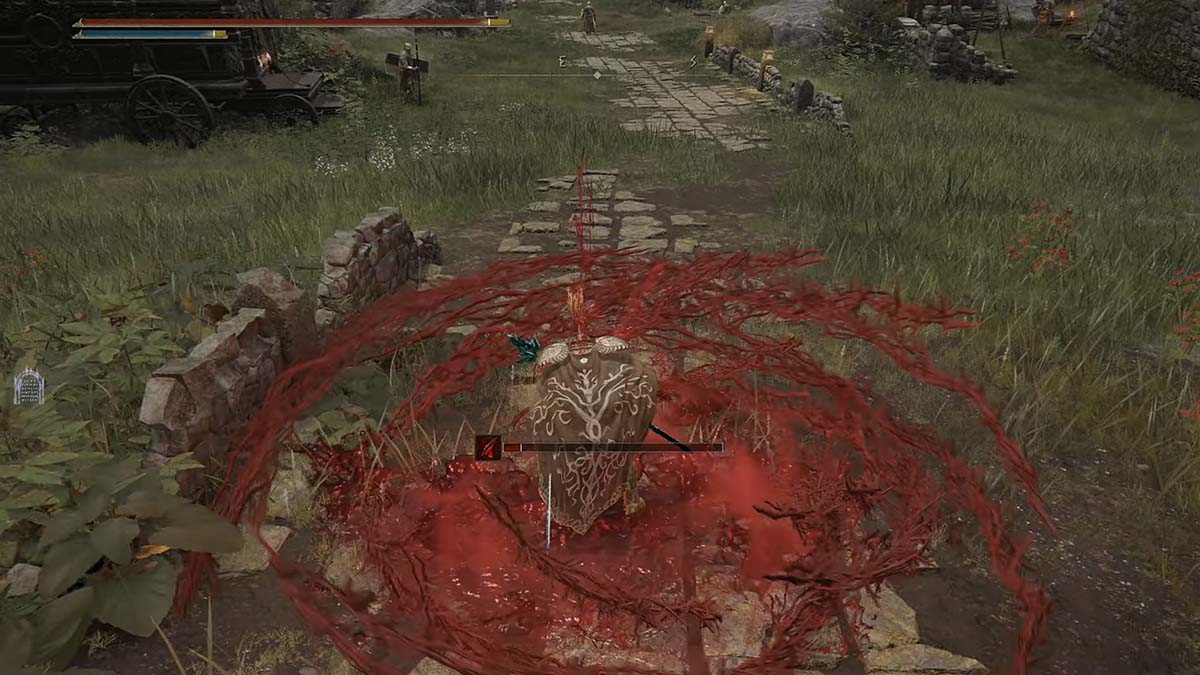 One of the ways Elden Ring builds off of Fromsoftware games before it is in an increased emphasis on magic, and with that, we get a host of all kinds of new sorceries to choose from. One such class of offensive spells is the Aberrant Sorceries.

Ideal for a high faith classes such as the Prophet, Aberant Sorceries takes some ques from Bloodtinge weapons from Bloodborne and has the caster take damage for every bloody bramble of thorns they send out.

The first of the two Aberrant Sorceries is Briars of Sin, a close to close-midrange AoE spell that whips up the caster’s own blood into a whirlwind of thorns that requires 24 faith to use. Briars of Sin can be found near the Liurnia of the Lakes to the northwest of the Artists Shack and is dropped by mob enemies across a few rocks nearby.

Briars of Sin is a relatively low-cost sorcery for both stamina and FP, but does slowly eat into the caster’s HP with every use. This HP damage along with the spell being infinitely chainable means it’s completely feasible to cast oneself to death while spamming Briars of Sin.

Briars of Punishment comes in as the longer-ranged sibling to Briars of Sin. At a 21 faith requirement to cast, Briars of Punishment deals all the same thorny, bloody damage but from a further range. It can be found at the end of the Mountain of the Giants region off of the Lesser Fire Monks near the bridge with the Golem Archer.

Aberrant Sorceries can also be boosted with the Staff of the Guilty and Alberich’s armor set.