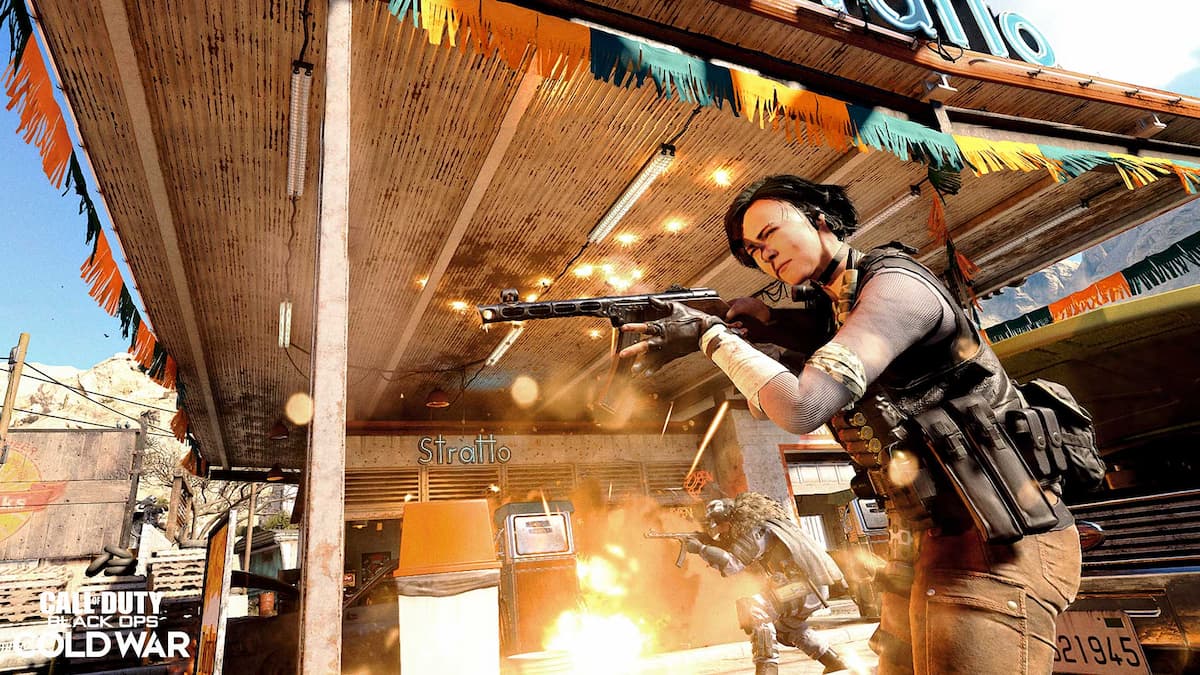 Call of Duty: Warzone’s Verdansk had a nuke go off at the center of the map. The zombies took over the city, and the team attempting to keep matters contained did not want the threat to leek out beyond the city. With the start of Season 3, a brand new, 1980s version of Verdansk is now available for players to compete in battle royale fights. Each time before you arrive on the map, the words ‘Flashback’ jump across the screen, showing that while most of the Verdansk map is the same, albeit a little older, there are a few changes players can find.

All locations in 1984 Verdansk Warzone map

Before the 1980s version of Verdansk was officially released, a few players had the chance to catch a sneak peek of it by entering into Warzone private matches. Here’s the full layout that they saw before private matches went down. Here is the full map that we can now see when we enter a Warzone match.

A majority of the map looks the same, but there are a handful of new locations added to it. There’s not nearly as many as we’d expect from location that was recently nuked, but that’s probably why for Season 3 it’s the ‘Flashback’ map.

The Summit is where the Dam used to be, on the northwest portion of the map. The Dam was set at the base of a mountain, and it looks like in the 1980s, the mountain is still intact, so we might see this location explode or enter a construction phase sometime later. There’s a large bridge on this location, a large valley, and several large buildings with satellite dishes closer to the center.

The Salt Mines are in the same location the Quarry was, at the northeast portion of Verdansk. This location will feature a full salt mine and will likely be heavily modified, similar to the Summit location. The Quarry looked like an abandoned location on the modern Verdansk map, so the Salt Mine might still be running and could feature some fairly dangerous terrain you need to avoid.

Closer to the center of the map, on the west side, you’ll find the Factory. It’s right across the street from the Superstore, which also remains intact. It doesn’t look like the Factory took away any more locations, but instead added more to the center of Verdansk. Previously, a bunch of trailers and small buildings occupied that region.

Right in the middle of the map, across from the TV Station, is the Array. The Array is now where the War Camp previously was. The camp was full of tents and crates you could access to receive more weapons, ammunition, or equipment to help you with your Warzone endeavors. The Array sounds like a very different location from the War Camp, so you can expect it to become a hot spot for players eager to jump back into Verdansk.

The infamous Stadium in Verdansk has received a brand new appearance. It doesn’t feature the best rooftop, so you can expect to see far fewer players camping on this location, and the remodel gives it a sharp 1980s look that many would appreciate. Many notable landmarks on the map were given a remodel, but the Stadium is probably the one with the biggest difference, and with it being such an iconic location, it’s nice to see.

Outside of the Stadium, these are all of the major location changes that have come to the 1984 Verdansk map for Call of Duty: Warzone. There are plenty of smaller changes that you’ll probably notice when running around the map, such as warehouses added to the military base, the airport has been fully repaired, and older visuals given to the buildings to make them fit the 1984 setting.