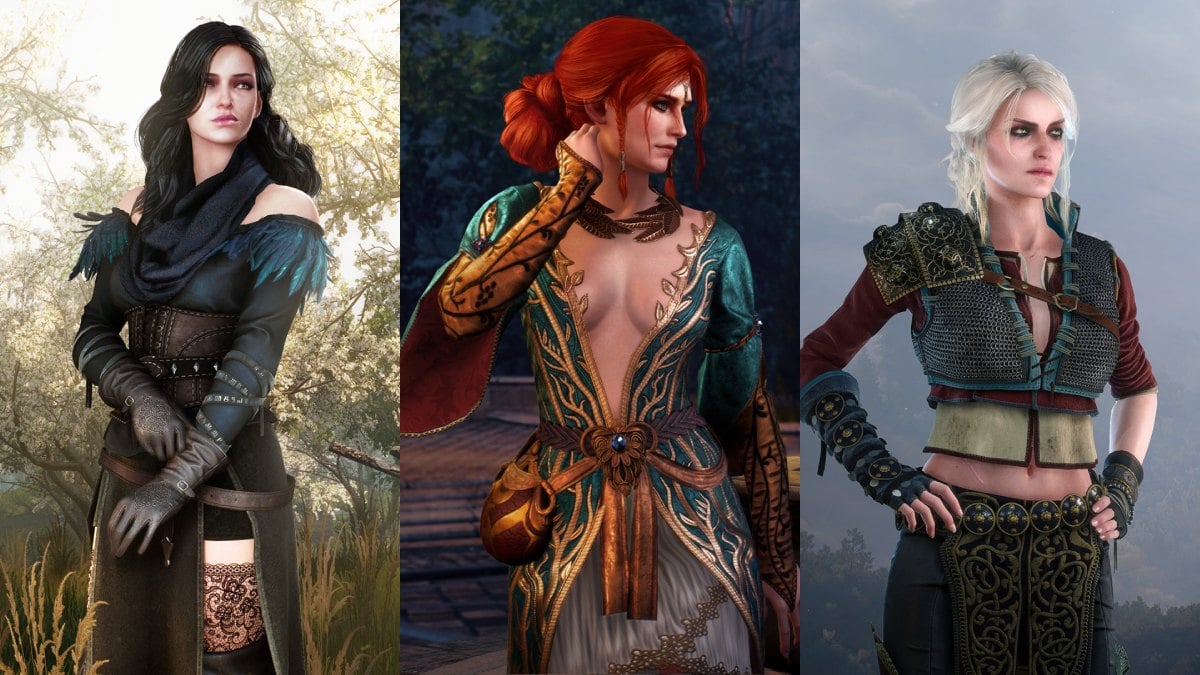 The alternate look for Ciri has a great outfit with a maroon-colored shirt and some small pieces of armor present throughout. This outfit is inspired by one of the game’s regions called Zerrikania.

The alternative outfit for Dandelion was added in the next-gen update for The Witcher 3: Wild Hunt. This outfit is based on Dandelion’s character in Netflix’s The Witcher tv series, where he is played by actor Joey Batey. Dandelion’s facial hair and hairstyle are also changed to make it look like his TV series appearance.

Related: How to redeem all The Witcher 3 My Rewards

The alternative outfit for Triss Merigold has the same green as her original outfit but with much more gold hints. Additionally, this alternate look has a much more detailed and complex design.

Yennefer’s alternative look features a raven-like design with an all-black covering. The raven feathers on the shoulders also make her look much more charming.

The Nilfgaardian Soldiers also have an alternative look now in The Witcher 3, thanks to the next-gen update. This look is also inspired by the Nilfgaardian armor in Netflix’s The Witcher TV series and features an anthracite black look.