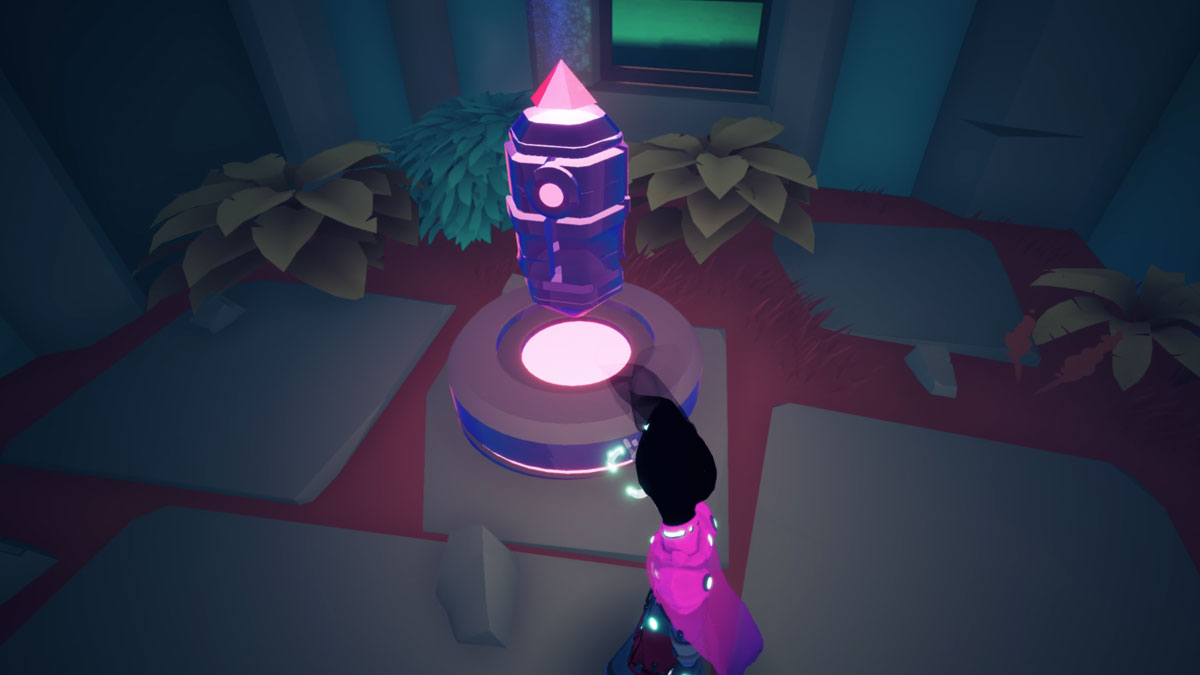 Voidrunner caches can be found in every biome in Solar Ash. The game is very fast-paced, but sometimes you’ll have to stop and explore more thoroughly to find them all. It’s worth it, as every cache includes not just an audio log from a fellow adventurer, but also part of a new suit. Collect the full set in an area to unlock a new look for Rei, complete with a unique perk. Here’s how to do that in the game’s second area, the Broken Capital.

This is found in the opening area, as you climb to the entrance to the capital proper. Turn right when you first get here to spot a tree marked with the Voidrunner symbol. Skate past it, following the clouds as they wrap around. As gravity shifts, you’ll find a cache on a ledge on the underside of the cloud.

This is also found during the climb, right after you activate the second rail shortcut. Hop through the window and follow the ledges outside. Climb the black ooze at the end to reach an isolated cache.

Take the rail down from the fountain at the capital’s main entrance and head right past Cyd. There’s a building with a Voidrunner symbol a few steps away. Grind up the rail, jump to the goop on the right, then keep grinding to reach the interior of a broken building. Take care of the enemies and break through the weak point gate over here to find a cache in the next room.

You can see a Voidrunner symbol on the wall next to the entrance fountain, but you can’t freely run in that room. Instead, head outside and take the rail by Cyd back up toward the fountain. Leap from it and use the grapple point on the side of the building to reach some sticky goo. Climb it to the upper ledge back inside near the fountain to find the cache.

You can grab the final cache after clearing the rooftop anomaly. Grind the rail up here to another rooftop that holds a bunch of enemies. Take them out and grapple to an upper ledge. From there, you can swing across a series of grapple points to one more rooftop that holds the prize.

With all five parts collected, you’ll assemble Erving’s Suit. It doubles your plasma intake, making all the pink goo you pick up worth twice the normal value. It’s really handy for upgrading your health quickly.