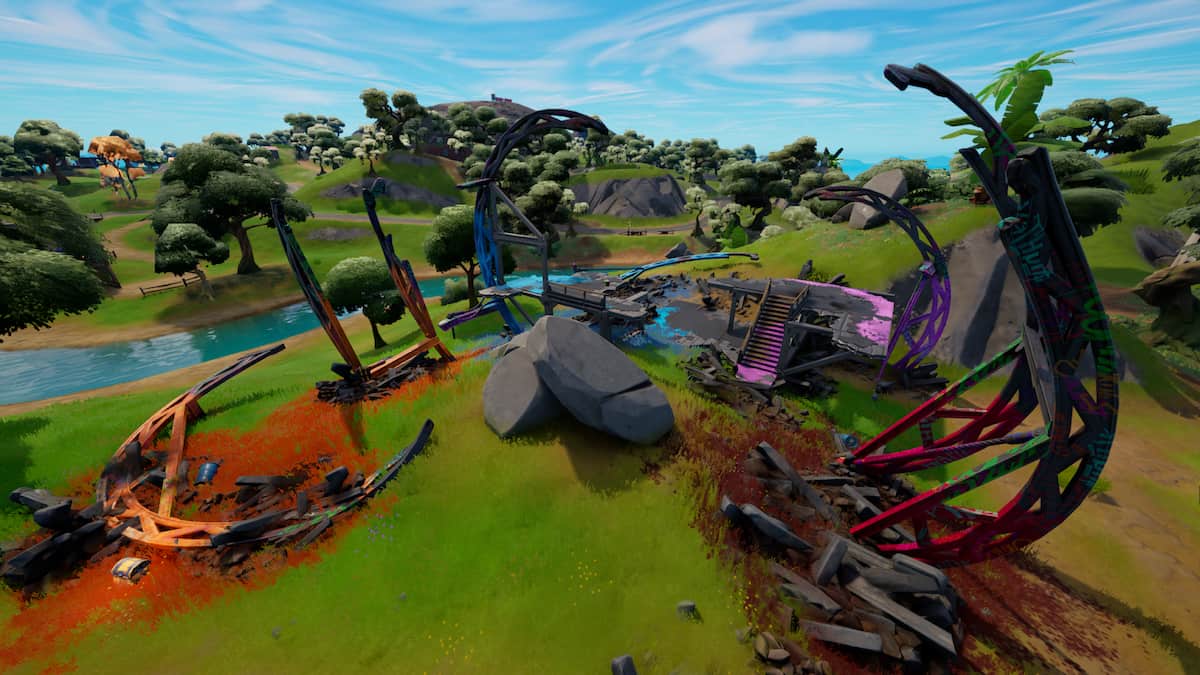 Although the Imagined Order faction has been driven out of Fortnite’s island, the debris from their destroyed airships still remains. These crashed airships make for excellent landmarks to drop to, each offering up several chests and open ground loot. Their locations can even be visited in order to complete one weekly quest and earn a massive batch of XP. Here’s where to find every crashed IO Airship and make the most out of your visit.

In total, five crashed ships can be discovered throughout the latest season’s map. Players looking to complete the Week 1 challenge of dancing at these will only need to visit and dance inside of three to earn its 15,000 XP reward. You can find every IO Airship location marked and detailed below.

Although the loot found from these locations comes at random, players should look for one of the season’s newest weapons, such as the Hammer Assault Rifle and DMR. Players able to pick up and use the DMR can expect some XP to come their way, as damaging an opponent with it is one of seven Week 1 seasonal quests.