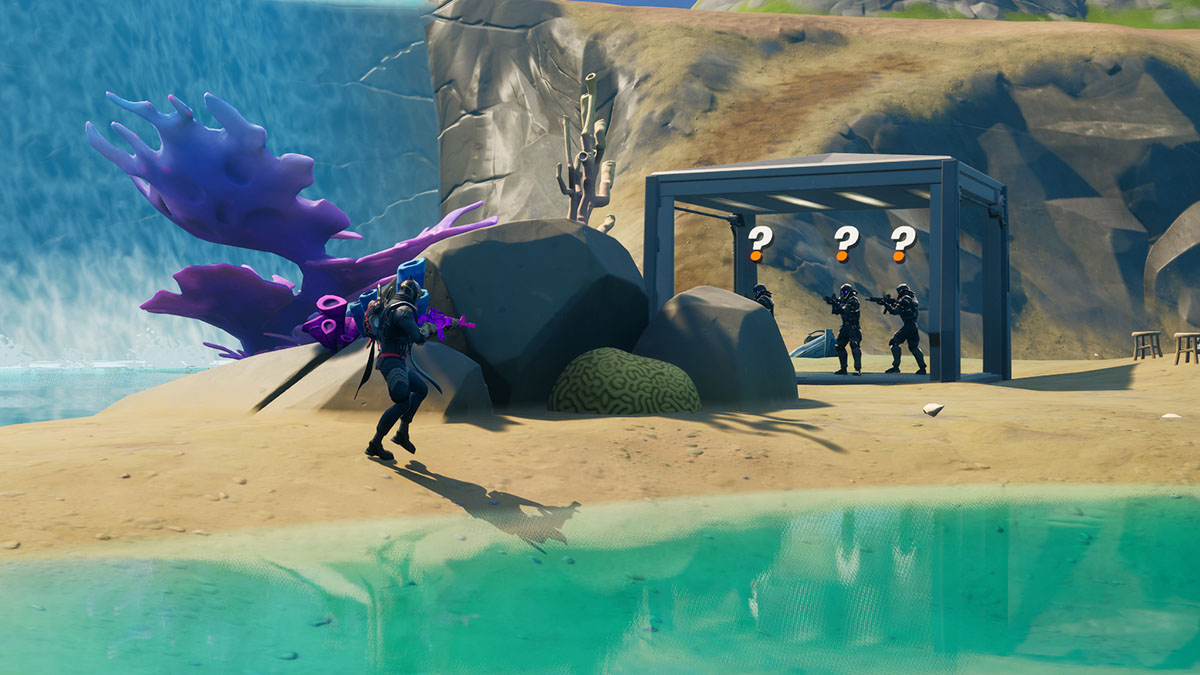 You will most likely have already run into some IO Guards in Fortnite Chapter 2 Season 5. They will pop up out of the ground, in cleverly hidden rooms, and then proceed to start firing at anything in their line of sight.

They are quite dangerous due to their powerful assault rifles, but those same assault rifles make them a tempting target for lots of players. On the map below, you can see all the IO Guard spawn locations in the game, and we will do our best to keep this updated if they are moved around as the season progresses.

The main reason to hunt down these spawn locations is to get your hands on the Rare Tactical Assault Rifle that these IO Guards carry. It’s probably the best assault rifle in the game at the moment and will give you a solid edge in fights with other players. They can also drop Light Ammo, Small Shield Potions, and some Gold Bars. You will even get plenty of XP for eliminating them, which is nice.

There will be challenges later in the season that require you to eliminate IO Guards, so knowing where to go is important. You should know that these are not guaranteed spawns, but a fixed number of spawns are randomly assigned in each match, so you might need to visit multiple sites to find an active spawn location in your game.

When you reduce an IO Guard’s health to zero they will become Knocked and can be helped back up by another Guard. You can also give them a Shakedown to track the locations of nearby IO Guards.