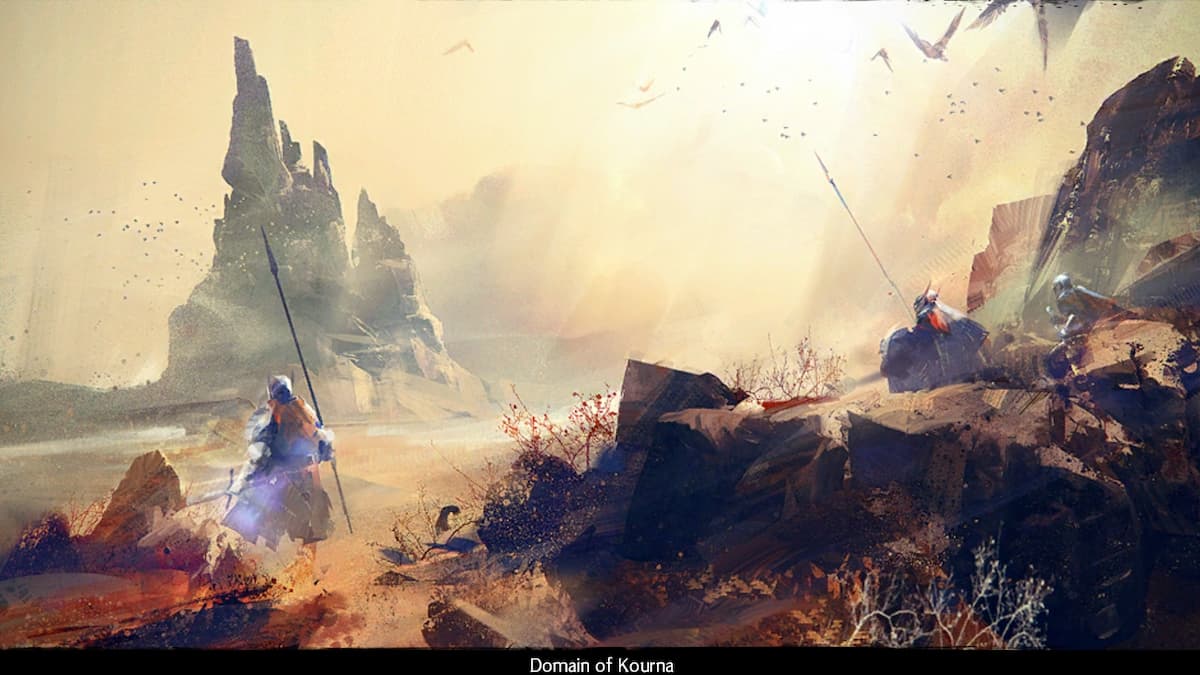 The Domain of Kourna is part of the Living World Season 4 maps, which were added to the game following the release of the Path of Fire expansion. This map doesn’t have vast amounts of Brand on it like the other maps, but it does feature a heavy presence of Awakened creatures. Another of the map’s prominent features is Gandara the Moon Fortress, a heavily guarded location to the south. The Domain of Kourna is also one of the maps with Mastery Insight Points on it, the collection of which enables players to access end-game skills and abilities. In this guide, we’ll show you where all the Mastery Insight Points in the Domain of Kourna are.

This Mastery Insight Point is in a tunnel under the sand-colored terrain on the map. You can reach it from the northeastern side of the map. You’ll need a Springer or a Skyscale to get it. The Mastery Point is higher than the floor of the tunnel, so you’ll need to look up as you enter to find it.

This can be reached from the Allied Encampment Waypoint using the pink portal on the ground. You’ll have to have either a Roller Beetle with the Barrier Smash Mastery unlocked or a kind friend willing to bash through the wall for you.

You can enter this location in three different ways: use a Roller Beetle to destroy a wall, use your Jackal to Sand Portal through from Arkjok Farmlands, or use a Skyscale to climb up the hills. Once you’re in the oasis, you’ll have to head to the Mastery Point on your map and then swim all the way down. Various hostile wildlife will try to kill you, such as Wurms or Barracudas.

The Mastery Insight isn’t tricky to find, but accessing the area can be done in one of three ways. Firstly, you can swim in from the south of the Mastery Point through a small tunnel guarded by hostile wildlife on either side. The second option is to use a Roller Beetle to smash a wall on the western side. Or thirdly, you can head in from the skies using either a Springer, Skyscale, or Griffin from the desert bandit camp located outside the Spring.