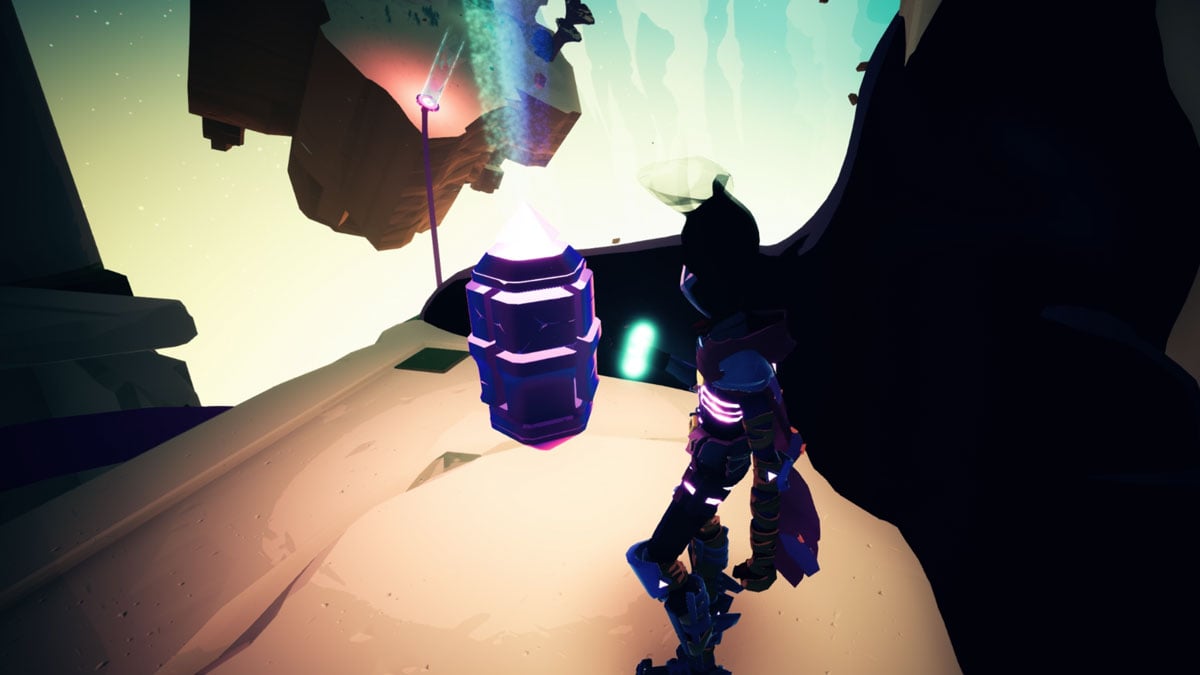 Solar Ash is all about speed, and you’ll need to move fast if you want to avoid the poisonous waters of the Mirrorsea. Hidden in the hazards is a set of Voidrunner caches. Each of the six contains a Voidrunner log and a suit part, and gathering them all will net you a full new space suit. Here’s where to find all six caches in the Mirrorsea.

This is labeled as the first cache, but it comes pretty late. You’ll find at near the second anomaly atop the tall cloud — the one you reach via a tunnel from the other anomaly up here. Look for a gate in the poison pit. Break through the weak point and hit the rail flower on the other side to its right. Grind the sprouting rail down to enter a cave where you’ll find the cache.

From the pavilion, head toward the tall cloud but don’t run up it — go past it to find a structure built into the rocks. The cache is inside.

There’s a group of ruined buildings in the lower part of the main Mirrorsea, near the poison waterfalls. One of these is marked by a Voidrunner symbol, and we need to reach its roof. Aim the nearby rail flower to the building across from the marked one, then use the rail flower there to reach the roof that holds the cache.

This is in the same section as the first cache. Just before clearing the anomaly here, you’ll activate a rail flower that weaves through a broken rooftop. Ride it toward the anomaly, then double back to be able to reach the rooftop. The cache is up here.

You can reach this after clearing the anomaly at the pavilion. Take the rail flower back to the upper level, then make a long double jump to the glob of goop hanging in the center. Climb it to find a cache on the roof.

This is actually the first cache you’ll likely come across — it’s found when scaling the space ship debris in the opening area. As you ascend, look for a piece of debris with the Voidrunner symbol and follow the forking path left. At the end of the rails here is a cache on the deck of a ship.

Collecting all half-a-dozen pieces will win you Ghozam’s Suit, which doubles your attack power. This should make combat a bit easier, although you’ll like still want to know how to upgrade your health since Rei isn’t very durable.