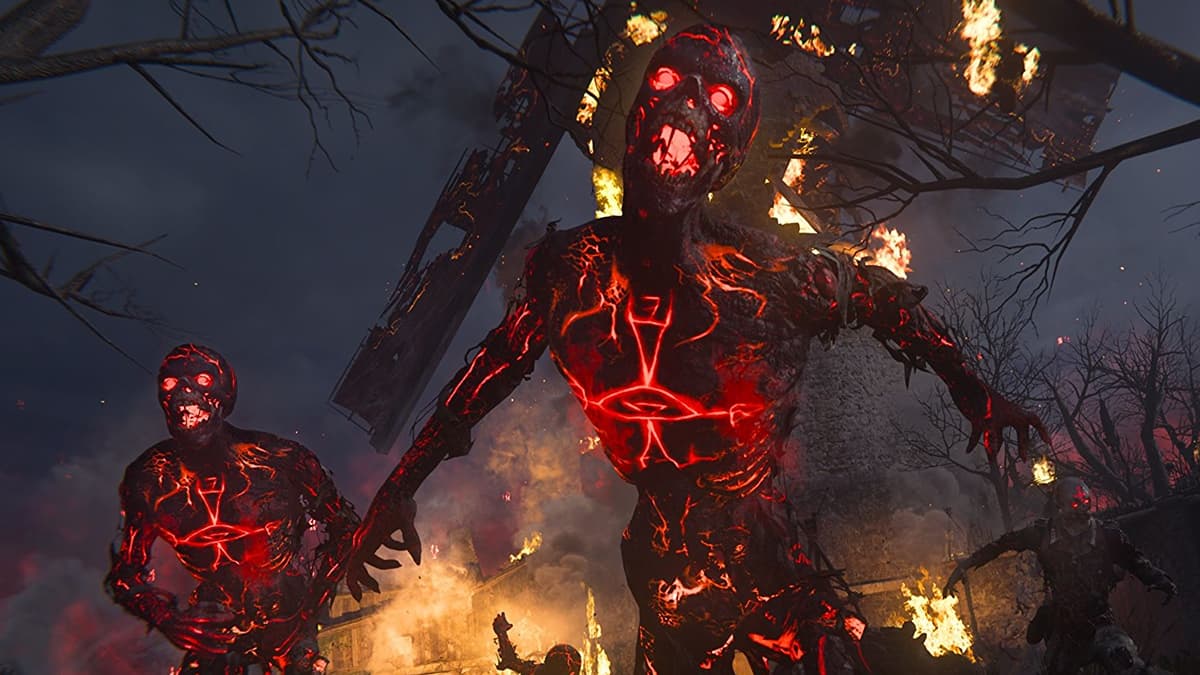 Call of Duty Zombies’ perk system is as beloved as any other system the side mode has offered over the years. Purchasing perks in your game will enhance your abilities to either survive longer or power you up to take the fight to the undead easier. Regardless, it’s not Zombies without perks. That being said, perks are not dispensed from pop machines in Vanguard. Instead, you will dip a chalice in these fountains and take a drink from them to gain the bonuses. These perk effects have been seen in Call of Duty Zombies many times before, but this time have been renamed to fit better in the occult setting of the mode this time. Here are all of the perks in Call of Duty: Vanguard Zombies.

Aethereal Haste is the new version of Stamin-Up. With this perk, your movement will be much faster. This is great for traversing the map when you have a certain section you want to get to in mind.

Demonic Frenzy is the new Speed Cola variation for Vanguard Zombies and will increase your reload speed for whatever gun you have. This will be important for quickly taking down enemies without needing to run for safety every time your clip runs dry.

Diabolical Damage is closest to the Black Ops Cold War version of Deadshot Daiquiri. Instead of snapping your aim directly to critical weak points on enemies though, it merely increases the damage you do to those weak points.

Fiendish Fortitude is Vanguard Zombies’ version of Juggernog. Like its usual version, this perk will increase your health after you drink it, making it likely the most important perk you will come across in your games.

Venomous Vigor is the occult version of Quick Revive’s secondary effect in Black Ops Cold War. Instead of allowing you to pick up teammates quickly, this perk will make it so you recover health faster. Pair this up with Fiendish Fortitude to make survival much more likely.