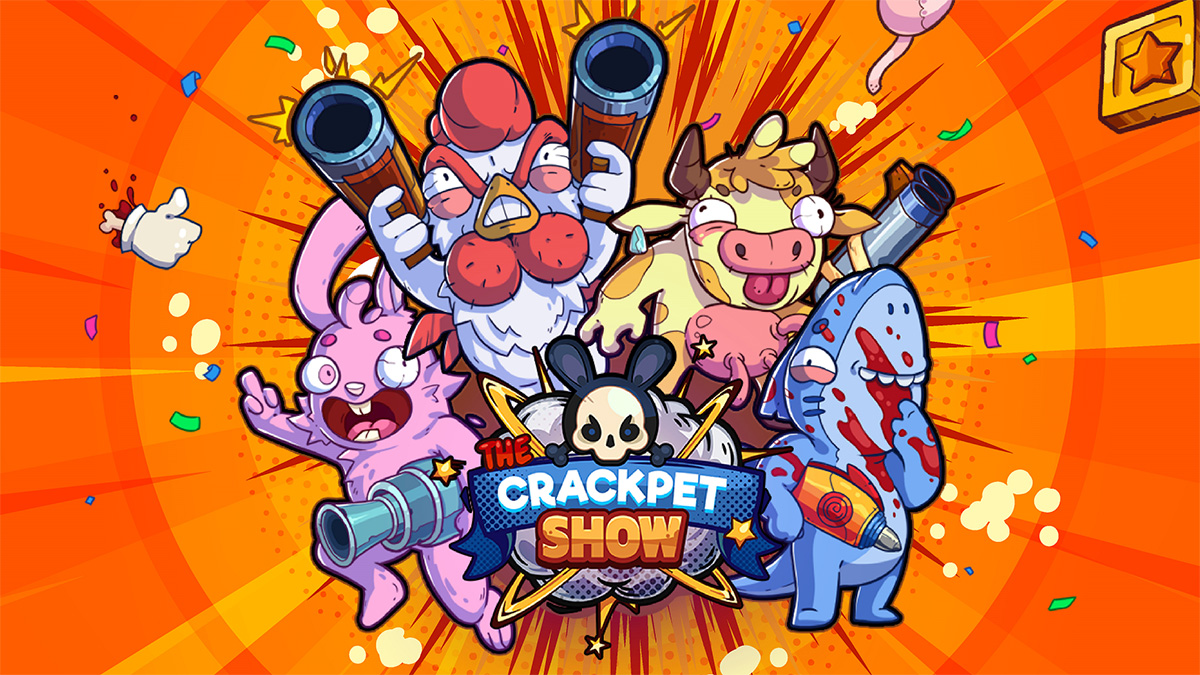 The Crackpet Show is a weird rogue-lite game for PC and Nintendo Switch in which you take charge of a mutated animal that’s completely rocked off its tree. They take part in a bizarre TV show in which they have to use different weapons to fight their enemies and giant Bosses. You can team up with up to four other players in co-op or play solo. There’s an animal here for anyone, so if you want to choose, we have prepared a list of all playable characters in The Crackpet Show.

All playable characters in The Crackpet Show

No matter which character you choose to play as your choice is purely aesthetic. There are no inherent bonuses or debuffs based on which mutated animal you picked, so pick the one you like best.

The Bunny is hyper, bouncy, and completely deranged. He has fluffy pink fur, which is the last thing his enemies see.

The yellow-spotted Cowie seems to have a few screws loose, but that doesn’t get in the way of killing everything in sight.

Crocodile might have a pretty pink bow tie on top of her head, but she’s as cold-blooded as the rest of her species.

Goat looks like the meanest of them all and even has a pentagram tattooed or carved into his forehead. Not sinister at all.

Pandas are usually loveable and cuddly, but this one is hopped up on bamboo juice a little bit more than would be healthy.

The purple pig looks like he’s seen some things, despite losing an eye. He’s ready to take charge and get things done.

This is one rooster who doesn’t care about making noise at any time of the day. And that noise is his guns rattling, of course.

Sharky has that look like he’s awfully proud of himself no matter what. Even when covered with gallons of blood.