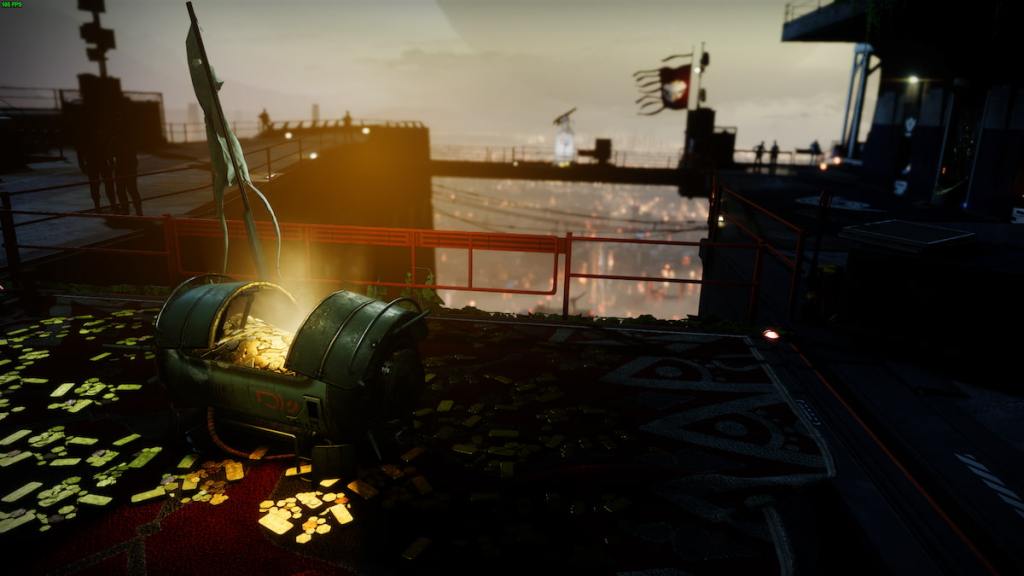 A Rising Tide is a community-focused event quest that will bring a conclusion to the Destiny 2 Season of Plunder story. Destiny 2 has featured community events, but the reward structure is never the same. This quest centers around a particular event currency called Captains Coins. Amassing and donating these gifts of gold is the key to unlocking various items. These are all the rewards for A Rising Tide quest in Destiny 2.

Related: How to complete A Rising Tide quest in Destiny 2

A Rising Tide community event is focused on collecting Captains Coins, then giving them to the donation chest. A Rising Tide quest is a limited-time event quest that runs from November 22 to the season 18 end date on December 6. This chest is located in the Tower for the duration of the event.

This event quest progresses based on the Destiny 2 communities’ contributions toward specific community goals listed at this chest. Each community goal will restore a part of the Eliksni Quarter when it’s completed. To add extra motivation, each player will also earn individual rewards for donating a set amount of Captains Coins while the event is active.

All A Rising Tide quest rewards in Destiny 2

Once you’ve begun earning coins and donating them, these are the list of treasures and rewards you can expect to earn for yourself and how much you have to donate.

Donating your first coin will award you the “Parts of a Whole” emblem.

A bundle of five enhancement cores is used to upgrade weapons and armor.

A bundle of three Upgrade Modules. These are used for Infusing weapons and armor pieces.

This will reward you with an Eliksni Quarter Gift Box., This chest contains a variety of rewards, including Deepsight Resonance Weapons, Eververse Engrams, Bright Dust, and Glimmer.

A pair of Enhancement Prisms that will help you Masterwork a piece of armor or a weapon.

A lone Ascendant Shard awaits you after donating 1,800 Captains Coins. This is a very rare item needed for Masterwork Legendary and Exotic gear.

The final individual reward for donating a whopping 2.400 Captain’s Coins is the Exotic Swashbuckler Ghost Shell.