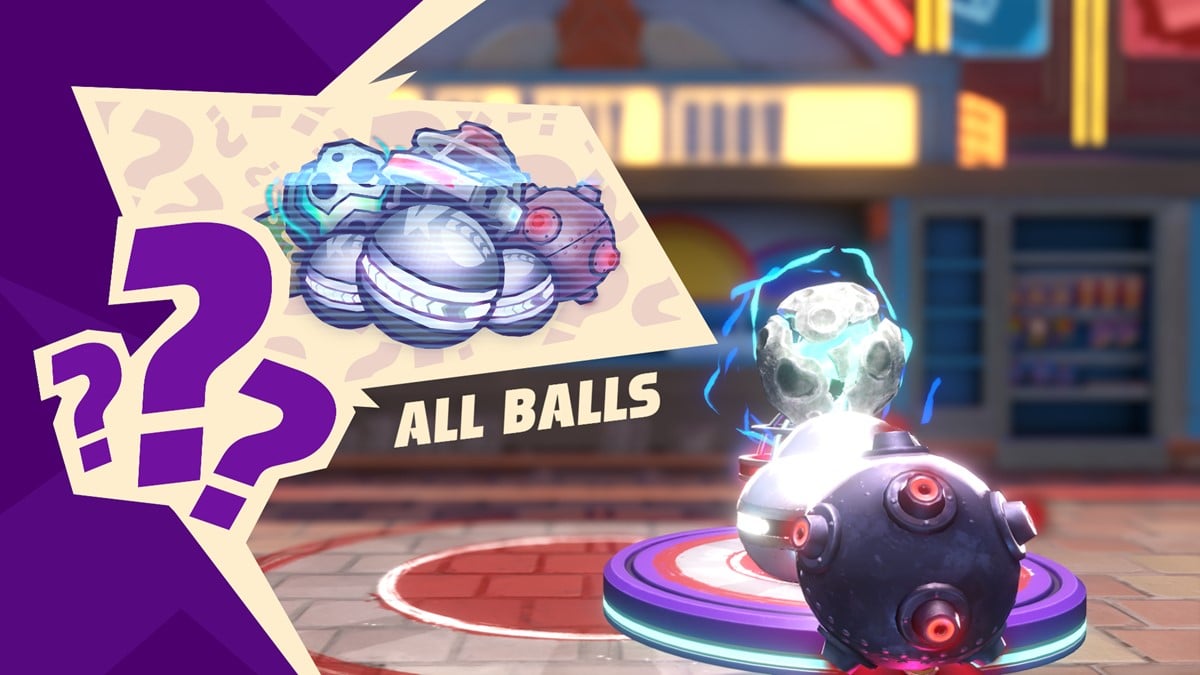 Knockout City has a bunch of fun elements that make the game so much more than just a dodgeball simulator. One of those things is the Special Balls. Each match in most game modes will feature one type of Special Ball, or will feature ‘All (Special) Balls’ at once. Each Special Ball has a unique ability that may activate on pickup, on charge, or on hit. Some Special Balls are more aggressive, some are more tactical, and some are honestly just a lot of fun. Let’s take a look.

They are currently six special balls in Knockout City.

Hot Potato anyone? The Bomb Ball is a ticking time bomb that starts ticking down as soon as the ball is picked up. If you just want the standard hit on someone, feel free to throw it earlier. But if you want the explosion to hit your target for sure, hold on to it until the beeps start speeding up, then chuck it at the best target, bonus if you can hit more than one enemy.

Defy gravity with the Moon Ball. Unlike most Special Balls, this ball gives you a constant perk when you are holding it. You will jump higher, glide longer, and fall slower, as if you are in low gravity. It will also give the same affect to a hit opponent flung into the air temporarily, but only until they hit the ground.

*Retro pinball voice* Multi Ball. The Multi Ball is announced to the match on pick up, and considered to be the strongest of the Special Balls. The Multi Ball lets you carry three balls at once. That said, after you use one, it will go down to two. And at one, you can only hold one ball again. These are great for rapid-fire attacks.  When the balls hit the floor, they are on a timer, if they timer ticks down before they are picked up, they disappear.

The Sniper Ball behaved like a normal ball unless it is charged. When charged, however, a red line will show for all players from the ball to its target and can lock on targets even behind walls. You must have clear line-of-sight on throw though, as you cannot lob or curve a Sniper Ball. The charged throw is high speed, long range, and will also cause a massive knockback upon hitting an opponent.

The Soda Ball was added in Season 2 of Knockout City. Like the Bomb Ball, the Soda Ball has a ticking timer. That said, rather than ticking down from when it is picked up, it doesn’t begin ticking until you first begin to throw or charge a throw for it. This allows players to throw and cancel to choose to tick down their Soda Ball early. The explosion doesn’t deal damage, but it will cause lowered visibility to whoever it hits by pouring a soda animation over the screen.