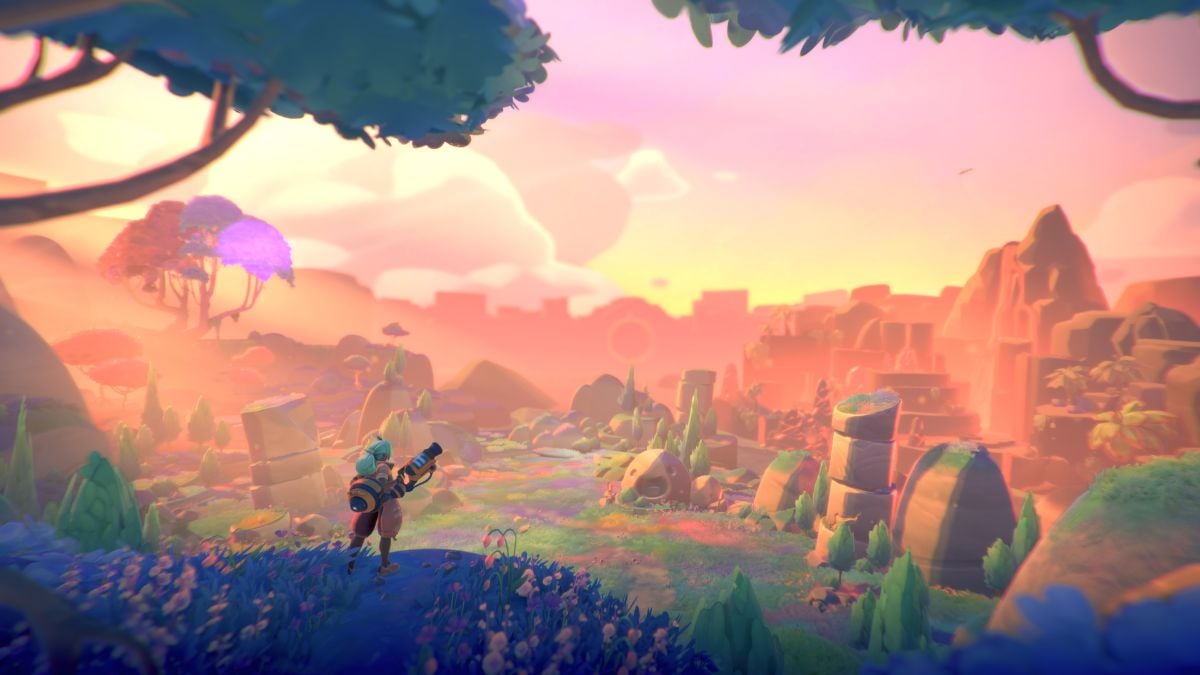 Starting out in Slime Rancher 2, it might seem like the map is fairly limited in size, with no obvious way to get off the starting area. Over time, you might notice a few very large Slimes blocking some very mysterious paths. These Gordo Slimes don’t just lock you out from some hidden goodies, though. Instead, getting past them opens up entirely new areas to explore. When you arrive in these new areas, it might not be very easy to find your way around until you discover the Map Nodes that will reveal the map to you. Here are all the Starlight Strand Map Nodes in Slime Rancher 2.

Like with the later Map Nodes in Starlight Strand, this one will be easiest to reach if you have unlocked the Jetpack. In fact, while this one is just more difficult without the upgrade, later ones will require a rocket boost to reach, so we recommend picking it up as soon as possible.

If you do have the Jetpack, you can take a shortcut to this Node by turning backward at the entrance to Starlight Strand and jumping over the walls there. From your perch atop them (shown above), you can Jetpack straight ahead to the Node on the platform. Otherwise, you can also walk along the beach and take the spiral ramp to the top.

The second Map Node is in a fairly central location in Starlight Strand. The trick for locating it is to follow the pink area from the entrance to the area while keeping an eye out for the large lake on your left. This will require using your Jetpack to get up to higher ledges.

If you jet around the perimeter of the lake, you’ll find a ledge (shown above) where you can see the Node on the ground below, on the opposite side of the lake.

The last Map Node in Starlight Strand is at the far southern perimeter of the map. To reach it, continue along the pink territory until you reach the large stone ruins that act as a barrier to the south.

Once you reach the farthest part of the ruins, head to the platform shown above. In the distance, you’ll be able to see the Node on another platform. Using your Jetpack again, you can jump to the other side and complete your map of Starlight Strand.