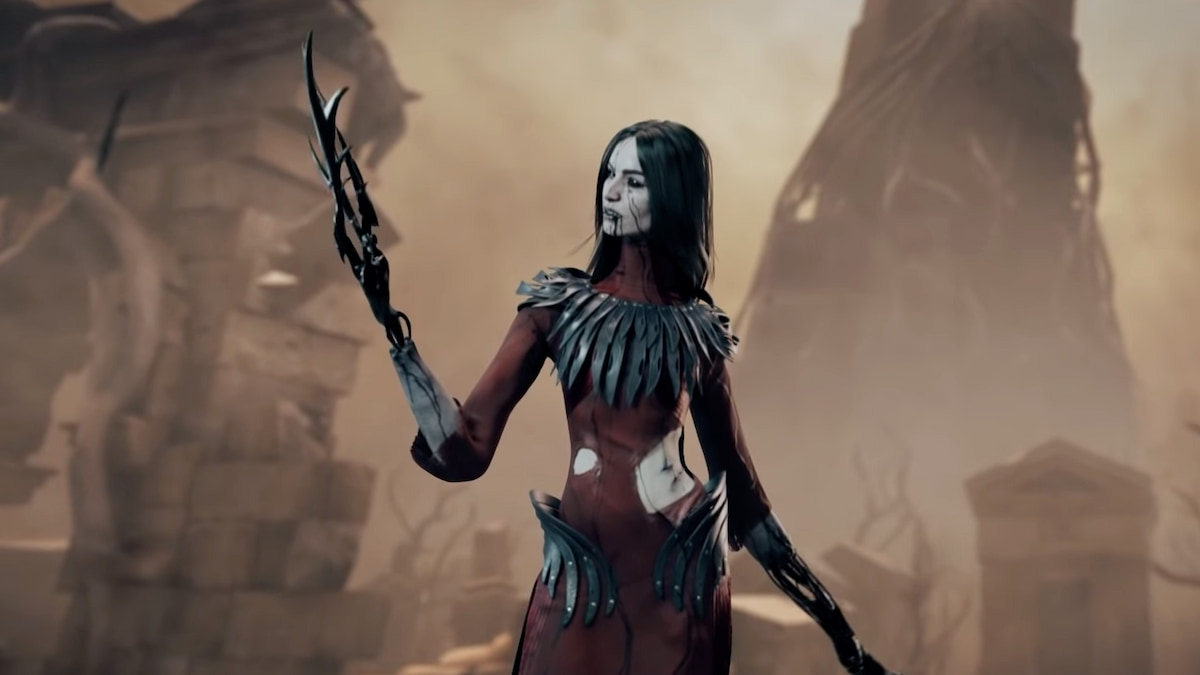 The Artist is a ranged killer in the vein of other characters like Huntress or Trickster. She commands her crows to both attack survivors and reveal their location. What’s most interesting about The Artist are her three perks: Grim Embrace, Scourge Hook: Pain Resonance, and Hex: Pentimento.

Grim Embrace is a perk that can only be activated once during a match. Hooking a survivor for the first time will grant a token, and once the four tokens have been selected, Grim Embrace will activate. The moment the final survivor is hooked for the first time, all Generators will be blocked for 20/25/30 seconds. Additionally, the aura of the Obsession is revealed for four seconds.

When a trial begins, four random hooks will transform into Scourge Hooks, marked to you with a white aura. Any time a survivor is put on a Scourge Hook, the generator with the most progression will explode and instantly lose 9/12/15% of progress and start to regress. Any survivor working on the generator when it explodes will have their location revealed with a scream.