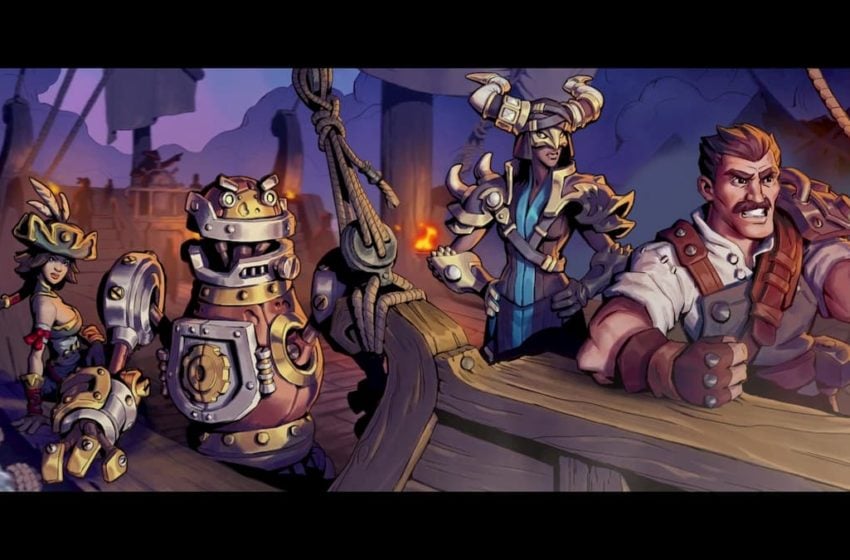 Torchlight 3 offers four unique classes to choose from, each with its own distinct set of skills. While you’ll see what looks like some familiar tropes among the class list, the characters in Torchlight 3 actually stray pretty far from typical RPG roles. Every class in the game has its own mechanics for powering skills, and just about any one can do well at both melee and ranged combat, depending on how you make your build. While that means any class could be viable no matter what kind of player you are, it can also make it tough to decide what the best option for you is. Here’s our guide to Torchlight 3’s classes to help you pick the right one.

The Sharpshooter is in many ways the most straightforward class. The Sharpshooter uses bows, which require ammo to fire. Ammo is an infinitely recharging resource, but you’ll need to either pause your attacks for a while or use the Reload skill to get more when you run out. When you’re out of ammo, you won’t be able to use your ranged attacks. The Sharpshooter is the only class that doesn’t have any real utility in melee range, so it’s not the best choice if you don’t want to constantly keep tabs on your positioning.

The Sharpshooter’s Precision skill tree focuses on ranged bow attacks, granting abilities like exploding arrows, area of effect volleys, and shots that slow enemies. Rather than mana, Precision skills cost ammo to use.

The Adventurer skill tree is where things get interesting. With the skills in this tree, the Sharpshooter can summon spirits to help them fight. These skills can cause damage and inflict enemies with status effects like poison and slow or even make you briefly invisible. Every time you use an Adventurer ability, you gain a buff to the next few uses of your Precision skills, adding additional damage or status effects to your strikes.

The Dusk Mage is Torchlight 3’s take on a pure spellcaster. Using mana, the Dusk Mage casts spells from Light and Dark skill trees. Every use of a spell charges the opposite element, so Light spells gain Dark charge and vice versa. When either element’s charge is full, you can cast a spell of the same type to unleash a powerful buff — gaining mana regeneration with a full Light bar and extra damage with a full Dark bar.

Both Light and Dark spells focus on damage, but there are some differences in how they behave. Light spells tend to be more precise, with skills like missiles and beams of Light, while Dark spells are a bit messier, causing area of effect damage. Each tree also has its own mobility skill, with a speed buff on the Light side and a teleportation spell on the Dark side.

Like the Sharpshooter, the Dusk Mage is meant for ranged combat, but its high damage potential means you can often burn down enemies that come into melee range rather than needing to reposition quite as much.

Related: How to get pets in Torchlight III

More than just a class in the traditional sense, the Forged is a whole different character: a steampunk robot. The Forged’s primary mechanic is the Heat gauge. Using skills with the Forged will build up Heat, and when it gets too high, you won’t be able to use any skills until you can cool down. Fortunately, it also has several Vent abilities that not only reset your Heat gauge but also do more damage based on how much Heat you had when you used them.

Unlike the Sharpshooter and Dusk Mage, the Forged has a mix of melee and ranged skills, with one tree focusing on each damage type. The Barrage tree focuses on long-ranged attacks using the Forged’s swappable chest-mounted gun. When enemies get too close, you can start using Brawl skills, which use your standard weapons to do melee damage. Both trees have a good mix of single-target and area of effect attacks.

The Forged can be a fun class to play, but it takes some work to properly manage the Heat gauge, letting it get high enough to make your Vent skills count but not so high that you overheat. While it’s a versatile class, the Forged also has no real way of escaping danger aside from killing enemies before they kill you, so it’s best for players who like playing aggressively and using lots of skills.

The Railmaster may look a lot like Torchlight 2’s Engineer, but it’s a totally new class under the hood. Railmasters generate Endurance with each attack and expend it automatically by using abilities, making it the easiest of all classes in terms of resource management. Things get much more interesting when you look at the Railmaster’s skills, though.

The Conductor skill tree is what really sets the Railmaster apart. The first skill in the tree lets you summon a train car and makes you start automatically laying tracks for it to follow. As long as it’s in range, the train car with attack enemies in sight for a small amount of damage. Other skills in the tree buff the train, adding new abilities and even whole new cars that let it shoot electric rounds, launch mortars, grant you a shield, and even fire a flamethrower. The downside is that having your train active slows your Endurance generation.

While maybe not as exciting as a battle train, the skills in the Slammer tree are more active. These skills focus on using the Railmaster’s two-handed weapons to deal massive damage. While there are a few ranged attacks in this tree, the focus is on close-range damage, usually with a wide area of effect. Using a combination of Slammer and Conductor abilities can make the Railmaster an absolute wrecking ball, letting you focus on clearing hordes of enemies up close while your train rains down destruction from afar.

Toby Fox will release the rest of Deltarune all at once