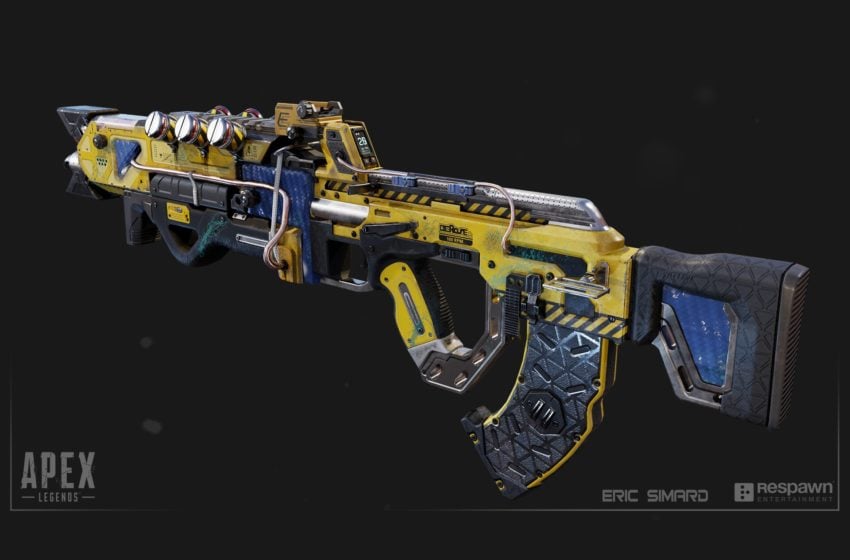 Season 6 of Apex Legends started off with a lot of controversial decisions on Respawn’s part, not the least of being to put the R-99 in the care package and replace it with the Devotion and Volt. Whether you like it or not, this is the world we live in, so you might as well get accustomed to the loot meta of the season. To help you out, here is a list of all the care package weapons in Apex Legends Season 6, as well as the rare gold guns that spawn on the map.

The following weapons can only be acquired from care package drops. They are very powerful, but they have limited ammunition which cannot be replenished.

The Kraber drops with a 6X-10X variable scope and eight special rounds. Its sheer damage output and limited ammo capacity reward accuracy and disciplined sharpshooting. Headshots deal 435 damage apiece, which is a guaranteed kill regardless of who you hit and what they have on.

You know it, you love it, and now you can’t have it. The R-99 was the most obnoxiously bursty weapon in Apex Legends for five straight seasons, with a brief interruption by the Disruptor Alternator. Now you can only get it from care packages, and it drops with only 160 ammo.

This iconic Apex Legends weapon drops with 25 shells, a digital threat optic, and a built-in Precision Choke. This is the best shotgun in the game, and a surprisingly effective mid-range gun if you can catch someone unawares with it.

The following weapons spawn on the map as usual, but are very rare. They can be found with all optimal attachments pre-equipped.

As Respawn juggles weapons in and out of the Apex Legends loot pool, we will update this article accordingly.