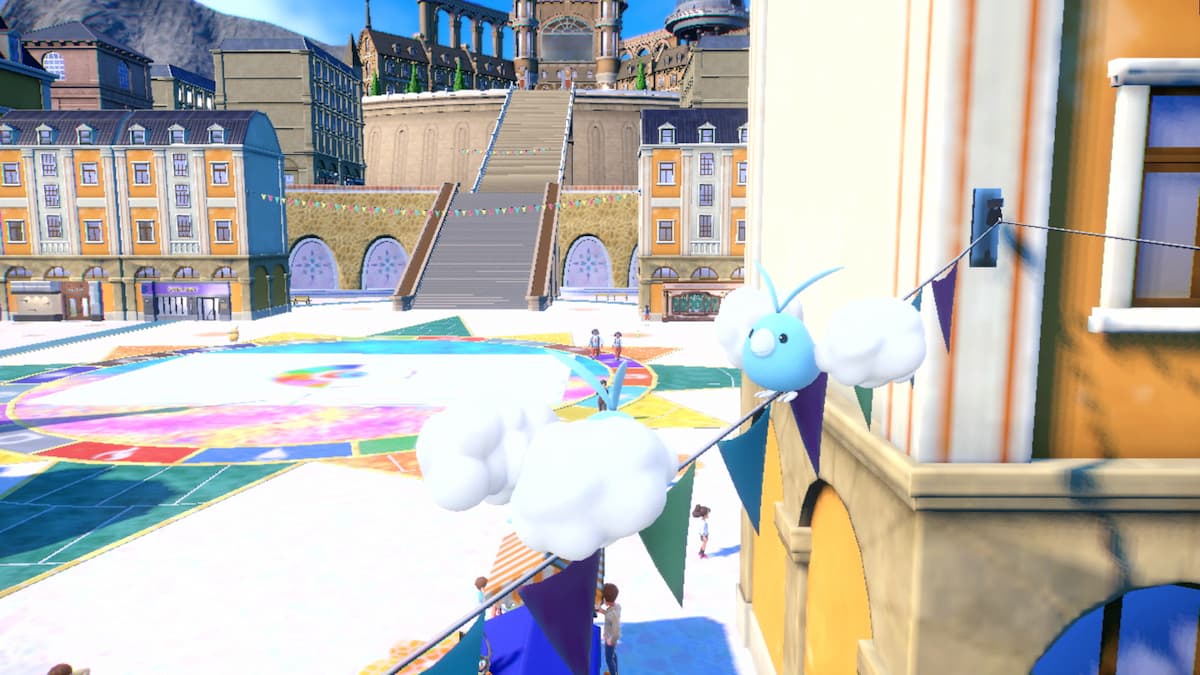 The reveal of Pokémon Scarlet and Violet has got fans clamoring for information, speculating what new and exciting things could be coming with the arrival of an open-world setting. One thing trainers have not seen in quite some time is a new Pokémon type to shake up the established gameplay. Generation 6 was the last time players were presented with a new type, which brought significant changes through the introduction of the Fairy type to counter the popular Dragon type. Will Pokémon Scarlet and Violet change up the dynamic again with a new type? The reveal trailer provides a subtle hint that the answer is likely a no for now.

While it is too soon to say with certainty that there won’t be a new type, there is a mural in the trailer that seems to indicate trainers will only see the 18 types established in the current games. One of the main focuses in the trailer is an impressive port town with a large city square in the center. There is a mural in this square showcasing a ring composed of all 18 current types and their associated colors. Attentive fans have studied this mural, pointing out that it doesn’t seem to have any new types displayed amongst the known ones.

Pokémon Scarlet and Violet are not launching until late in 2022, and new information can always present itself before then. It is unlikely, however, that Gamefreak would design a Pokémon mural centered around types for the main city showcase and not include a new one introduced in this region. Players will just have to wait and see if this mural is telling the truth.