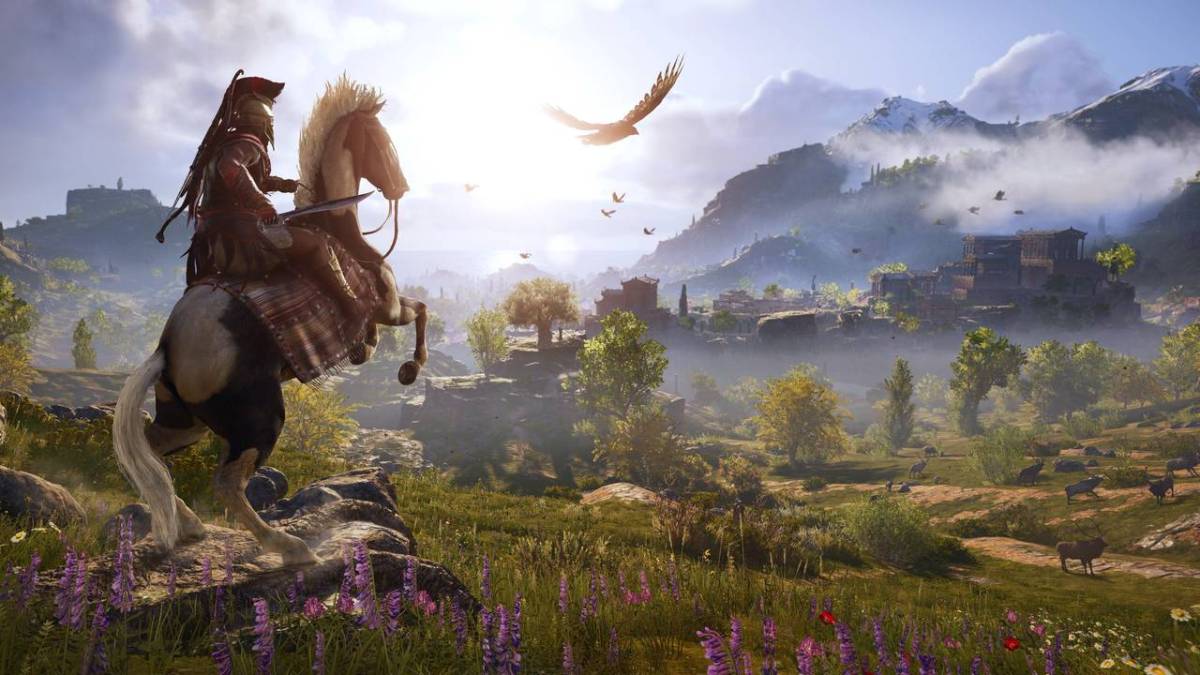 What is the significance of a Hunter Ability Tree in Assassin’s Creed Odyssey? The abilities that come under Hunter Tree allow players to take down enemies and animals in the game from a far distance. It’s obvious that to take down enemies or animals from a far distance in Assassin’s Creed Odyssey; you need weapons like bows and arrows. So these Hunter Abilities will upgrade your lead protagonist’s prowess with the bow and arrow.

Related: The 10 best weapons in Assassin’s Creed Odyssey, and how to get them

Here’s our list of our eight Best Starting Hunter Abilities in Assassin’s Creed Odyssey. You must unlock these abilities as early as possible in the game.

If you want to focus on becoming a master hunter, then you should pick up Beast Master as soon as possible. This ability allows you to befriend animals such as wolves and bears. It will also allow you to safely keep your distance while your pets maul your opponents front and center. You’ll often be swarmed by opponents from all angles, and having a pet gives you a lot of breathing room in the hectic combat of Ancient Greece.

Related: Every Legendary Bow in Assassin’s Creed Odyssey, and how to get them

This is one such ability using which you can use to kill enemies instantly (just aim for their heads). Devastating Shot becomes available to you at level five, allowing you to unleash a massively powerful arrow that deals 400% Hunter Damage. If the arrow is fully charged, it can deal up to 800% Hunter Damage. The best part is that you can use special arrows with this ability. This ability also increases Fire and Poison Arrow elemental buildup by up to 200% (at a base level, it increases by 150%).

Predator Shot makes you the ultimate marksman in Assassin’s Creed: Odyssey. This allows you to zoom in and fire a guidable shot (yes, a guided arrow in ancient times) across a long distance. This ability allows you to snipe elite and high-value targets without ever endangering yourself. Predator Shot deals 600% damage which will further be amplified if you get a headshot. Death from afar is an underestimate because Predator Shot is a must-have for any Hunter worth their salt in Assassin’s Creed: Odyssey.

This ability becomes available at level five. It allows you to craft Paralyzing and other arrows in the Inventory Menu. The best part of this ability is that you can take down enemies (or animals) from a distance.

It is possible to recruit almost all enemies in Assassin’s Creed Odyssey. There is a way to check whether the enemy can be of good use to you as a lieutenant — all you have to do is scout with your bird before engaging in the fights.

This works almost similar to the Arrow Master but with arrows. This ability becomes available at Level 10. It increases Hunter damage by 30% and Headshot damage by 20%, and the best part is that you don’t consume Standard Arrows when using Hunter Abilities. If any Adrenaline segment is partially drained, it will refill outside of combat.

We recommend this Overpower Bow Strike ability to those who have invested many of their ability points in the Hunter Abilities Tree. It becomes available at Level 16 and is a must-have ability if you make use of a bow and arrow a lot in the game. It uses three Adrenaline segments and shoots a powerful, charged arrow that deals 1000% Hunter Damage (upgrades to 1500%) and explodes on impact.