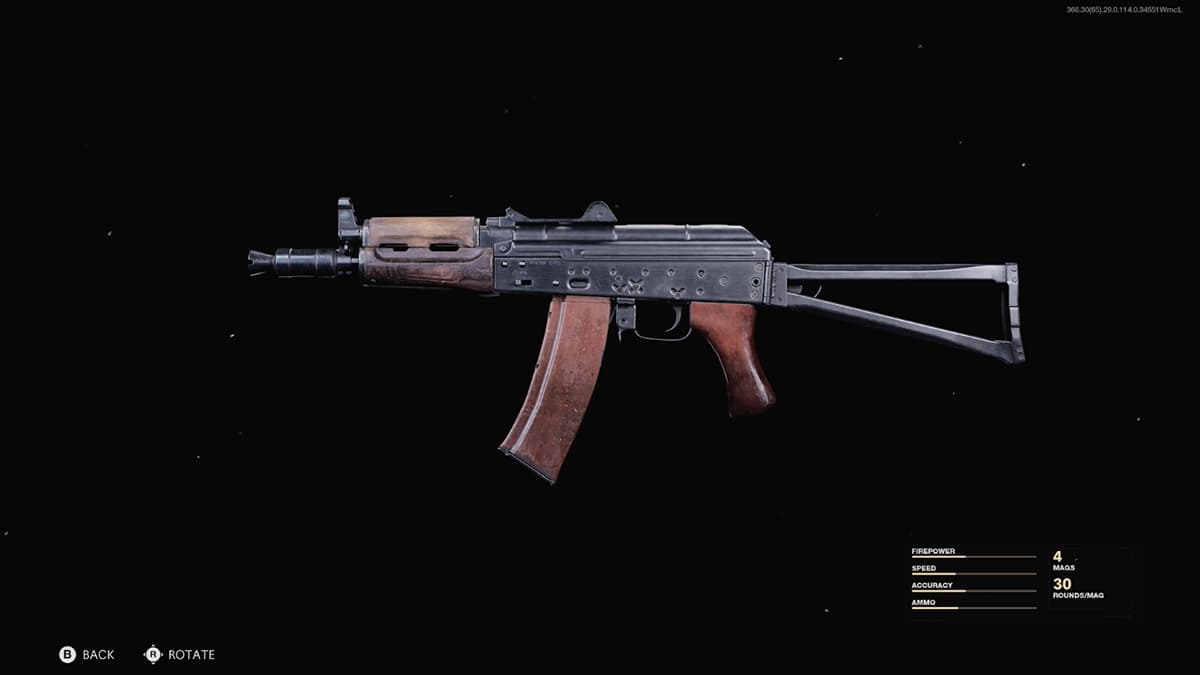 The AK-74u has been a longtime reliable weapon in the Call of Duty games, and that is no different in Black Ops Cold War. The sub-machine gun puts out decent firepower with pretty standard accuracy, control, and fire rate. If you use the AK-74u, you need to level it up 55 times to access all attachments for the gun and see its full use. When you do so, it is time to consider your best course of action to get the most out of the weapon with the limited five attachment slots you are allowed. Here is the best loadout for the AK-74u in Call of Duty: Black Ops Cold War multiplayer.

Our first attachment is for the barrel of the AK-74u, where we choose the 10.3 Task Force. This barrel gives us more firepower in exchange for some starting ammo recoil control. Do not worry about the price, though; we will be making up for it with our other attachments. The increased bullet velocity and effective damage range will be worth it.

Next, our underbarrel is the Spetsnaz Speedgrip, which makes up for some of our recoil control we lost with the Task Force. This also gives a slight boost to sprinting speed but slows down your normal and shooting speed. It’s not really too much of a factor, so we can live with that sacrifice.

While the Task Force took away one starting mag from our AK-74u, the VDV 50 Rnd Fast Mag makes up for that by giving us an extra 20 rounds to equal 50 shots per reload in the magazine slot. The reload speed is also increased by 40%, so we have now mostly accounted for everything we gave up for the power boost earlier. You see a 25% reduction in aim down sight speed, but again, we will account for that.

Our handle attachment for the AK-74u is the GRU Elastic Wrap, which gives us a 30% increase to aim down sight speed and a massive 80% boost to flinch resistance. You will see another slight nerf to your shooting move speed, but that hardly matters for the quickness you see in other areas. The negative sprint to fire time will be addressed in our last attachment.

Our last attachment is No Stock in the Stock section. Instead of losing 15% sprint to fire time with the GRU Elastic Wrap, we gain 30% for a total 15% increase more in that area than we would typically see. There will be a slight hit to your hip-fire accuracy, but the AK-74u is a relatively accurate weapon anyways, so you should be okay with this sacrifice.