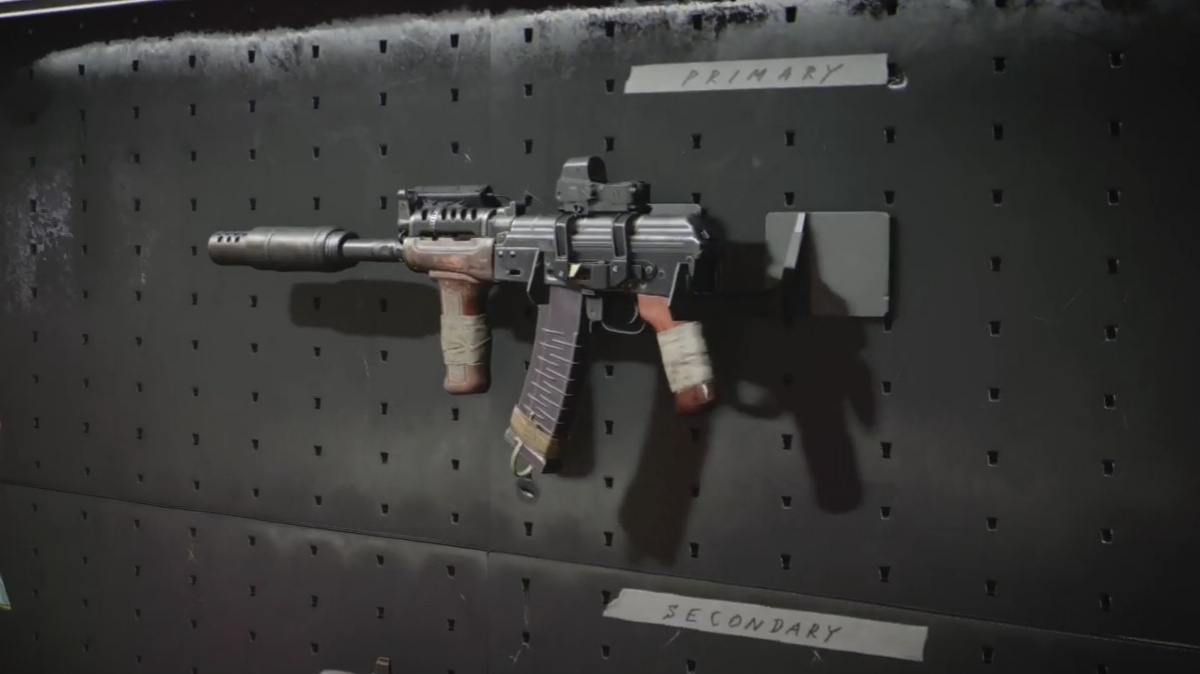 The AK-74u is a strange beast that Call of Duty fans haven’t seen since 2015’s Black Ops III. Five years later, the Frankenstein of a gun is reintroducing itself in Black Ops Cold War, and it’s even more brutal than previously remembered. Its bullets still cut through walls with the ease of an assault rifle but still gifts you high speed like any other SMG would. To get the best out of its blended functions, here are the loadouts you’ll have to build.

If this is your first time looking at a Cold War gun guide, become acquainted with this new style of loadout. The Gunfight Wild Card disallows you from using any other card, but you’ll have access to a total of eight attachments for the applied gun. There is a reasonable consensus that this loadout is the best, not only for the AK-74u but possibly in the entire game.

Choosing between the following two loadouts is practically choosing whether you want the gun to be a submachine gun or an AR. This close-range class signifies why the AK-74u is so sought after: you’ll be blazing fast when handling. The focus of this class is to boost the speed as much as possible without having to tack on equipment that bogs down the damage.

However tempting, you should avoid putting on the Sound Suppressor. Yes, it’s nice to stay hidden on the mini-map, but Cold War applies a 15% damage decrease when you use the attachment. So, the Muzzle Break 5.56 is a definite mainstay.

You could always stick to the AK-47 when it comes to medium to long-range shooting, but the AK-74u proves best in tight situations. For instance, applying the 9.5″ Paratrooper barrel keeps the movement speed while also boosting bullet speed. In modes where enemies run around aimlessly, you can sit in high areas, remain quiet, and take out these players with little to no effort.