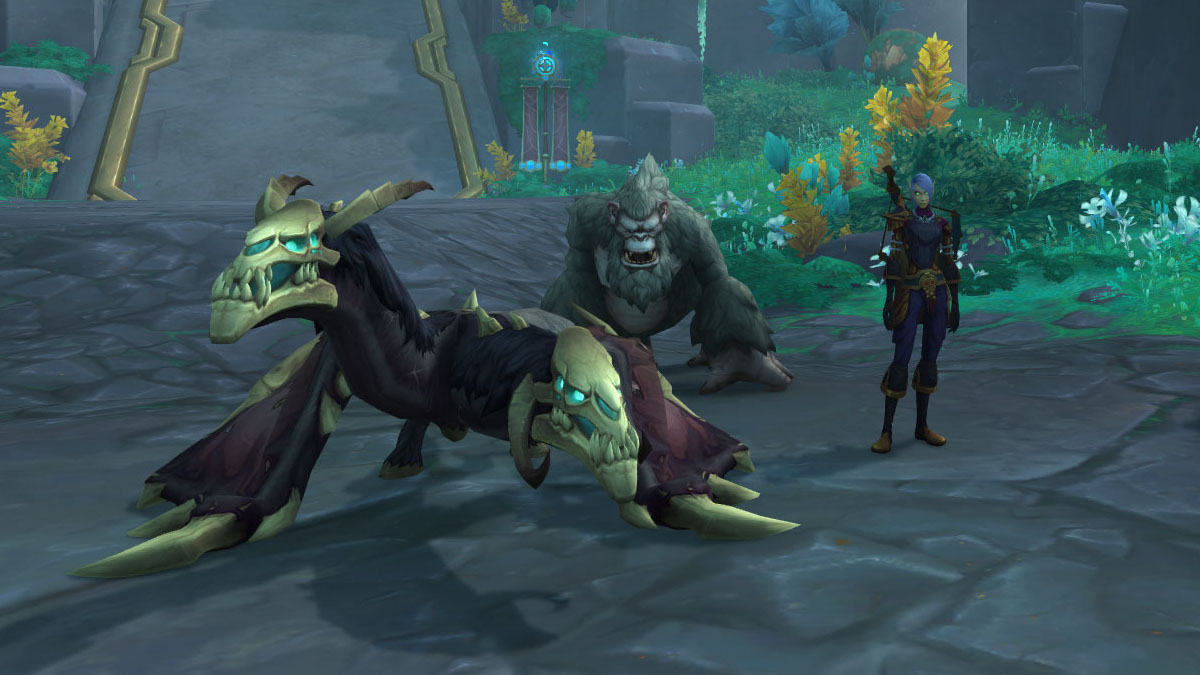 With the phase one pre-expansion patch of World of Warcraft: Dragonflight, the talent tree has been reworked entirely to offer players a greater sense of agency in building their characters. Rather than selecting a single talent every five levels or so, players receive a point for every level in their class tree and then their specialization tree, up to level 70. This means that players effectively have 30 points to spend in their specialization tree, and 31 to spend in their class tree. If you would rather not need to explore the entire tree, here’s the best Beast Mastery build for World of Warcraft: Dragonflight expansion.

How Beast Mastery works in World of Warcraft: Dragonflight

The Beast Mastery Hunter is a favored class and specialty combo, thanks to their ability to send pets to tank damage while they sit in relative safety and pelt the enemy with projectiles. This adage holds true even with the rework of talent trees, although there is slightly more room available for players to specialize in damage types between single and multiple targets. There are better-suited classes for AoE damage than the Beast Master; however, unless you’re filling a specific niche for your guild in a raid, try maintaining a single-target DPS build to get the most of your specialization.

The rotation for this selected skill tree doesn’t diverge significantly from the pre-Dragonflight Beast Master rotation. A second use of Kill Command is granted through the final node of the Hunter tree, allowing for greater pet-based damage, which is maximized by selecting Animal Companion, which allows Beast Masters to have two pets out simultaneously.

The usage of Cobra Sting offers a 50% chance for your next Kill Command to use no focus, and Hunter’s Prey also gives a 10% chance to reset Kill Shot per Kill Command, while also allowing the skill to be used regardless of the target’s health. This will ultimately save focus (ideal as we’re only opting for a singular focus increase with Kindred Spirits) to help our additional Kill Shot expenditure. As is the norm, both Barbed Shot and Bestial Wrath should be kept active for as long as the cooldowns will allow.

As we’re relying on our pets to output as much single-target DPS as possible with Kill Command, we take both Hunter nodes of Wilderness Medicine to ensure we can keep our pets alive while they tank. This allows us to avoid the relatively weak defensive passive Hunter’s Avoidance, although it should be noted that Misdirection is also removed from our toolkit, removing the ability to quietly solve a tab-targeting mishap. Tar Trap remains on the skill bar for mob management, and the additional rooting effect can allow for repositioning.

If bleed isn’t proccing enough for your preference, Serrated Shots could be dropped for Serpent Sting and Poison Injection. The DoT on Serpent Sting lasts 18 seconds for the full impact, however, which likely won’t fully come to fruition unless you’re challenging Mythic dungeons or bosses. If the loss of Concussive Shot is too great to bear for PvP usage, it’s plausible to remove the Tar Trap buff Entrapment to take Concussive Shot.

Multi-shot can be used to ensure your pet is aggroed on all enemies, depending on your current pet behavior preferences. To better optimize your damage output, you can forgo the Multi-shot node and instead opt for the Brutal Companion node, which offers additional damage output once Frenzy has stacked three times on a pet. If Hunter’s are searching for better AoE damage, dropping the left-most nodes of Hunter’s Prey and Cobra Sting will allow them to pick up Beast Cleave and Kill Cleave, which still uses the additional DPS offered by having two pets out simultaneously.