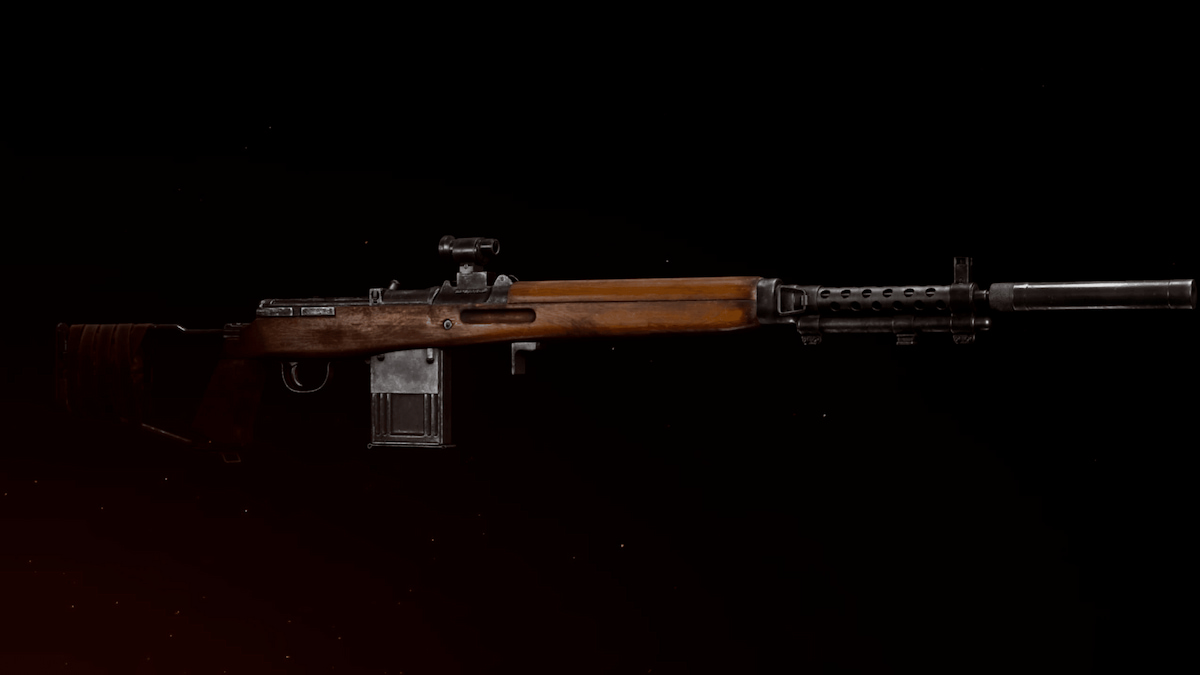 By far the oddest Call of Duty: Vanguard weapon of them all, the G-43 marksman rifle is somewhat of a Frankenstein’s monster. By itself, the sharpshooter is a decent long-range tool capable of landing two to three-hit eliminations. However, the best class for it requires you to literally make it into a fully-automatic weapon, most damaging from up-close and perfect for tight maps like Das Haus.

Before we get into the attachments, it must be said this loadout is purely for medium to close-range play. If used at long-range, it will take entire magazine to knock down just one enemy. Although the loadout forms a fully-auto weapon, you’ll see that this G-43 completes eliminations about 50 percent faster than most assault rifles would. Listed below is everything needed to make this happen.

Obviously, to experience the full-auto conversion, you’ll need to have the Wyvern 570mm Full-Auto. This will be the last barrel unlocked, but the Wyvern Burst will work as a decent substitute in the meantime. Unfortunately, the biggest magazine the weapon can hold is a 20 round, so the Fully Loaded kit and the Scavenger perk will definitely need to be applied.

As for the rest of these, we’ve focused on the G-43’s aim down sights time, making it more likely to beat out both ARs and SMGs. In addition to its high speed, the Incendiary Ammo Type burns enemies in the midst of a gunfight, meaning you can expect the rifle to earn an elimination after just seconds. Lastly, another major attachment here is the Mercury Silencer, a muzzle keeping you off of enemy radars while barely harming your damage range.

If you feel as the G-43 is the hardest weapon to customize, you’re certainly not alone. Almost every attachment has some sort of major sacrifice in order to maximize a particular trait. No matter, this loadout is actually fairly similar to the one used for Vanguard, but with more focus on masking your position. Here’s what you’ll need.

More important than most, you’ll need the Wyvern 570mm Full-Auto to have the gun become a brutal fully automatic AR. Despite it having only 20 rounds per magazine, expect this attachment to allow the G-43 to knock enemies with just about five shots. This is due to the weapon still having the damage of rifle, despite it now being in a whole new category.

When gazing over the magazine selection, it is crucial you pick nothing but the 8mm Klauser 20 Round Mag. Every other magazine does promise massive boosts to either the damage or ADS time, but everything they negatively effect is too great to lose. Instead, use other attachments like the Fabric Grip, ZP MS02 Custom, and the Quickscope weapon perk — all working together to form a respectable ADS speed.

With this class being most beneficial to those gunning at close to medium-range, Double Time, Ghost, and Tracker are incredibly handy choices. For instance, when rushing toward an enemy, Ghost will keep you off of their Heartbeat Sensor, while Double Time and Tracker allow you to move faster and see their most recent footsteps.