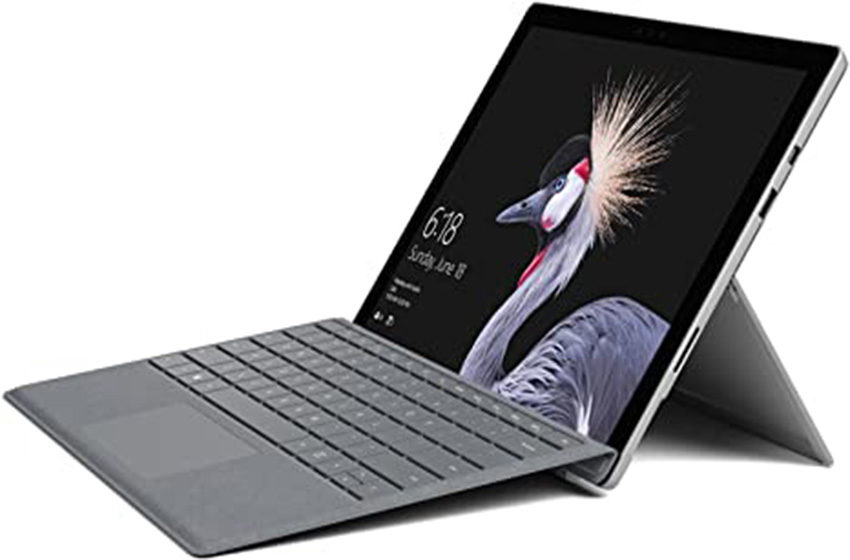 While gaming consoles and PCs provide the ultimate gaming experience, sometimes it is nice to play on something different once in a while. Over the last decade, gaming has become more portable than ever. Tablets offer countless titles ranging from free-to-play to purchasable software no matter the operating system you run. If you are looking for a new tablet to play the latest in mobile games, be sure to consider the following.

Our first choice is a gaming tablet perfect for kids or the casual gamer, the Fire HD 10. Not only is it much more affordable than usual gaming tablet choices, it has an over 10-inch screen that has 1920×1200 resolution. It has a plastic design that definitely helps make this tablet appear cheaper than others that are on this list, but with up to 12 hours of battery life and the bonuses you get if you are an Amazon Prime member make up for the downfalls of having a cheaper, less powerful tablet.

Microsoft is one of the pioneers for gaming. Ranging from PC, Xbox, and now tablets, the Surface Pro is one of the most phenomenal choices for a gaming tablet. If you’re a gamer who couldn’t care less about the mobile game apps from iOS or Android, Microsoft has you covered. You can play Steam on this device, generally reserved for your PC. It might not run as smoothly, but it is better than not being able to play them when you’re away from home. For its specs, it has a beautiful 12.3-inch screen, tons of choices for storage ranging from 128 gigabytes to one terabyte, and an Intel Core with a choice of m3, i5, or i7. Its price can be daunting, but for a gamer that relies on its PC gaming on the go that isn’t a laptop, the Surface Pro is a perfect choice.

Apple is one of the revolutionary companies that provide our electronic needs ranging from computers to TV. Not only were their iPhones groundbreaking, but their iPads offer a variety of entertainment and primarily gaming. The 11-inch iPad Pro is Apple’s most defining tablet for many things. With a variety of capacity ranging from 64 GB to one terabyte, 11-inch Liquid Retina display, and 10 hours of battery life, this is a must-buy for Apple product consumers and gamers. The iPad Pro is a beautifully designed tablet that is built to last and provide tons of entertainment on the power of its A12X Bionic chip that comes over from the iPhone.

If the product’s website claims you will witness a PC experience without a PC, you know this tablet has quite a bit to offer. Acting as a 2-in-1 tablet, the Samsung Galaxy Tab S6 is a breathtaking device that will provide an incredible gaming adventure to take up a lot of your time. With 15 hours of battery life, up to 128 gigabytes of internal storage, and an Octa-Core ranging at 1×2.84 gigahertz or higher. The Samsung Galaxy products never cease to fail at being impressive, and the Samsung Galaxy Tab S6 keeps up the trend with its high quality and amazing capabilities.

While not being a massive upgrade from the iPad Mini 4, the return of the Mini line brought it up to current day standards. The 7.9-inch screen sits bigger than a phone screen but not too big as some tablets could be. The tablet screen has 1536×2048 pixels, with 3 GB RAM, and models with either 64 or 256 GB of storage space. Add in support for the first Apple Pencil and you have a tablet good for gaming and art on the go.

If you do not want to pay the high price of the iPad Pro, but still want a high range-ish tablet, the iPad 10.2 is a good purchase. Running on the A10 Fusion chip, the tablet has a resolution of 1620 x 2160 pixels, 3 GB of RAM, 32 GB of storage, and is also compatible with the Apple Pencil. While not as top-tier of a device as the iPad Pro, there are definitely lower choices you can make when looking for a gaming tablet.

About as fairly priced as a mid-range tablet gets, the Android-based Asus ZenPad 3S10 is worth a look. It has a 9.7-inch screen with 2,048×1,536 pixels. Running on a MediaTek processor, the device has 4GB RAM, and a graphics card that can handle any current-day game easily. It is not as high-end as an Apple device, but for the price, you are getting a great tablet.