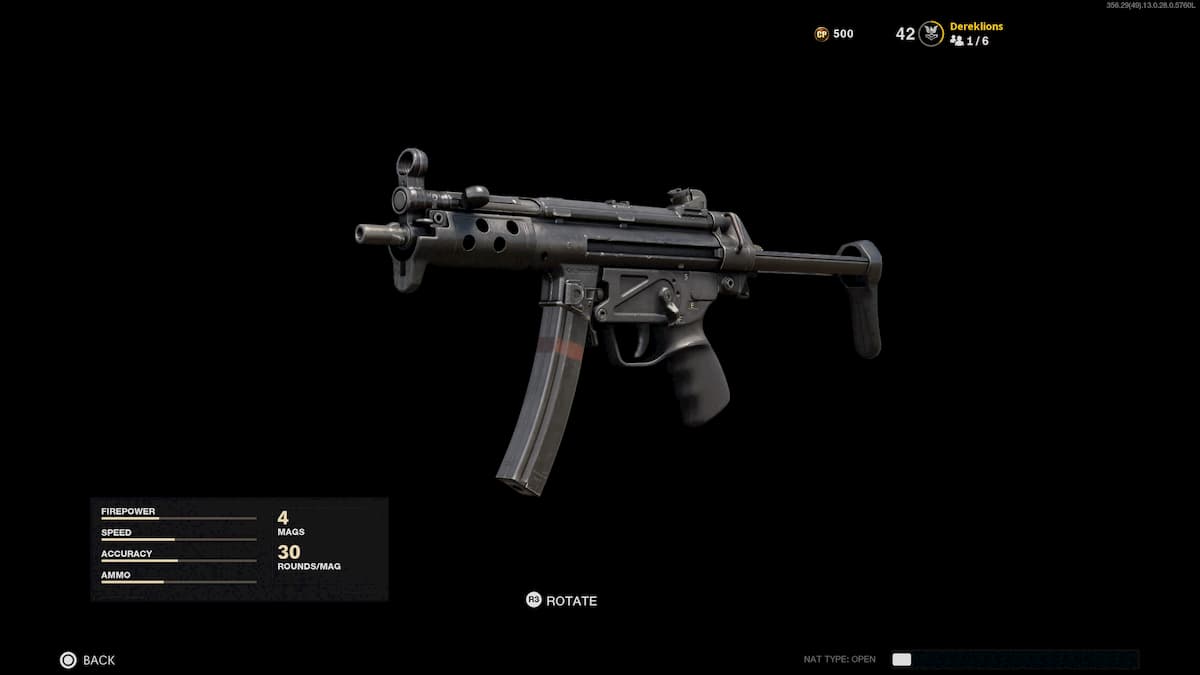 The worst nightmare for a large percentage of Call of Duty: Black Ops Cold War players has come true. The MP5 has been nerfed in an attempt to be reduced down to every other irrelevant submachine gun. Though, this doesn’t mean it doesn’t have the potential to be the best – far from it. Here are the loadouts we believe still make the MP5 one heck of a gun.

This makes for the best gun, but maybe not the absolute best loadout. With Gunfighter, you can equip an additional three attachments. We don’t know if that’s needed with something as simplistic as the MP5, but it makes it void of any and all errors. As it’s not a quiet loadout, we don’t recommend it on modes like Search and Destroy. However, its speed and accuracy will work wonders in run-and-gun-focused Domination and Combined Arms.

We understand you may not want to be roaming around like a madman all the time. It can be exhausting. There’s a loadout that supports that decision – one makes the MP5 a great gun from medium distances. In addition, thanks to the Wildcard, Perk Greed, there won’t be many enemies spotting you. So, for the campers and map overseers sitting alongside the snipers, here’s your dream MP5.

What if there was a class that went unaffected by the nerf? Or so it seems. We’ve been able to hold a 1.93 K/D ratio with what may be the quietest class in all of the game. You don’t even need high-level attachments, either, but you’ll have to play at a ridiculously fast tempo.

In addition, this class will weaken most medium-distance damage, but it’ll still put your name atop the leaderboards in most modes – and eventually Warzone when the time comes. From the Hauer 77 to the added Semtex, you’ll always have something that will save you from death.