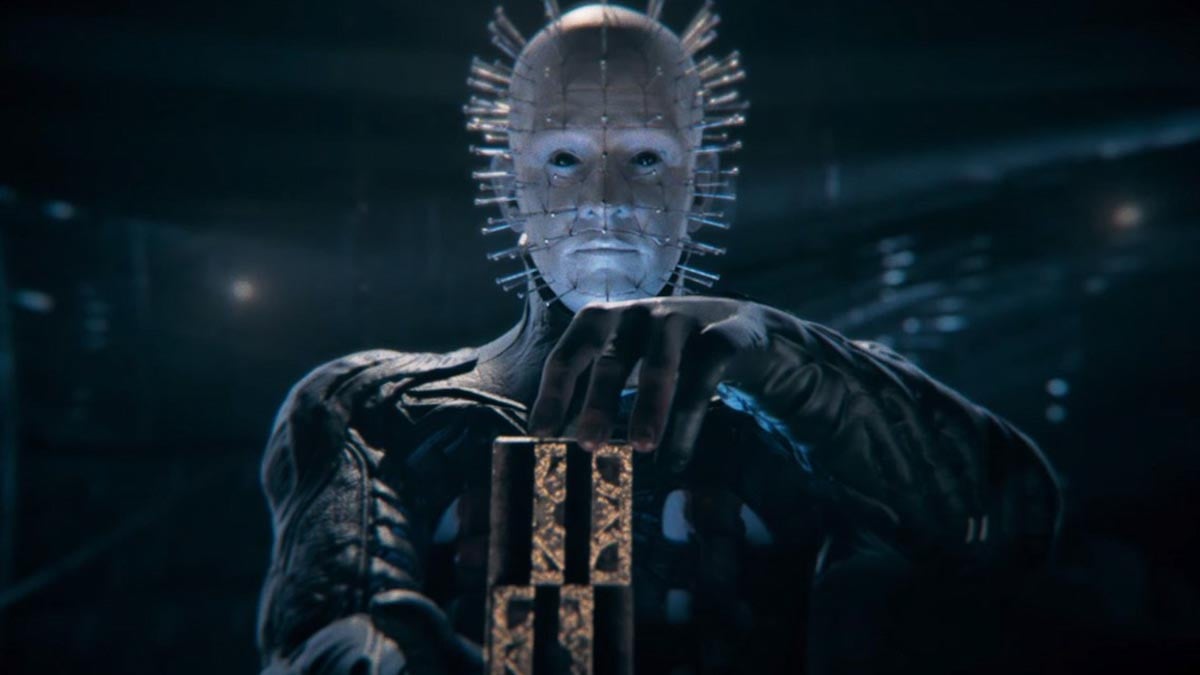 Dead by Daylight released Pinhead from Hellraiser as a playable killer in early September. With every new addition, there comes the question “What abilities and add-ons work best with this killer?” With that in mind, we’ve prepared a list of builds that will ensure your victory at the end of each game.

There are two aspects of Pinhead that make him a unique killer: his ability, called Summons of Pain, and Lament Configuration. Summons of Pain allows Pinhead to summon a possessed chain and bind a survivor, slowing them down for a short period of time. You can stack up to three chains to any survivor.

Related: Best Killers for beginners in Dead By Daylight

Lament Configuration is an item that’s randomly placed on the map. If used by Pinhead, all survivors on the map are briefly revealed. If no one has found the item, Chain Hunt will activate. Chain Hunt will randomly summon chains across the entire map and slow down survivors. Chain Hunt will also interrupt a player during the middle of an action. This makes Pinhead a killer who dominates a game through heavy map control.

If a survivor were to get their hands on the Lament Configuration, it’ll take them a considerable amount of time to solve the puzzle box, giving Pinhead enough time to track down the survivor and take them out.

As mentioned earlier, if the survivors don’t find the Lament Configuration within 60 seconds, Chain Hunt will activate. Having this add-on will significantly reduce the time for that to activate. This will ensure generators won’t get done because of survivors constantly getting harassed by the chains. So, they’ll be forced to look for the box instead of doing objectives.

Deadlock is an excellent perk that Pinhead starts with. Since Pinhead relies on map control, you want to make sure you limit what the survivors can do. Blocking a generator with the most progress will force the players to scout the map for a new generator to work on.

Franklin’s Demise is nice because you don’t have to completely down a player in order for them to drop their item. If you hit them once with your basic attack, they’ll drop whatever they’re holding. This is really good to have with Pinhead because if you hit a survivor who’s holding Lament Configuration, you can pick it up immediately after you hit the survivor.

Save the Best for Last (The Shape Perk)

Pinhead is a basic attack killer. You’ll find yourself using his basic more than anything else, especially if Chain Hunt has already been activated. With the stack-able cooldown reduction, you’ll be able to hit survivors and take them down very quickly.