For the first team, we want to focus on brings up the latest mythical Pokémon added to Pokémon Go, Meloetta, in her Aria form. She’s a formidable Normal and Psychic-type, and given her stats, we think she’ll make a good Lead Pokémon. Next, you want to place Gyarados, the shadow version, in the Switch role and then have the robust Garchomp in the Closer position.

If you prefer using a Pokémon with a higher yield of defense and stamina, Snorlax is a good choice for the Lead role. However, it will need some extra attack power, so make sure you use the shadow version. On the other hand, it doesn’t have too many weaknesses for other players to exploit, and the same goes for Dialga, the Closer Pokémon on this team. To round everything up, and given the current meta choices of the Master League Classic, we recommend putting Togekiss in the Switch role.

For those looking to add a bit more grace to their team, you could try placing Gardevoir, the shadow version, in the Lead role. It excels in the Lead role with its fast move, but it lacks bulk. You’re going to want to make up for that with Palkia as the Closer role. In the Switch role, you can try to use Hippowdon to swap out whenever you need to use it or give your other Pokémon a break.

A classic team to see in the Master League will always feature Groudon, the champion of this category. It’s hard to beat this legendary Ground-type Pokémon. It’s one of the best choices for these fights. In the Switch role, Metagross can lay down some support with its fast move and charged move pressure, and it comes with some robust defenses to fend off most attacks. You can round up this team with Dragonite, the shadow version, as the Closer.

It wouldn’t be Master League Classic tier list without including Melmetal, one of the most notable Pokémon you’re going to see in this battles, similar to Groudon. It’s a fantastic Steel-type with an even better moveset that not too many Pokémon can beat. You can go down the more spicy route with Mamoswine, the shadow version, in the Switch role, capable of dealing heavy amounts of damage to most opponents. For the Closer role, we’re going to recommend the newer Dragon-type Pokémon, Goodra. 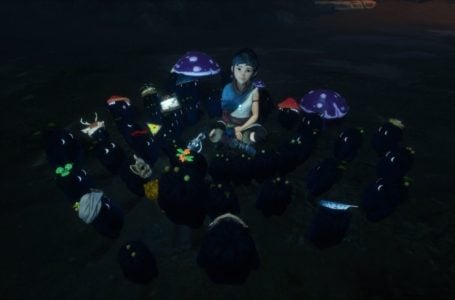 All Rot Spirit locations in the Forgotten Forest in Kena: Bridge of Spirits