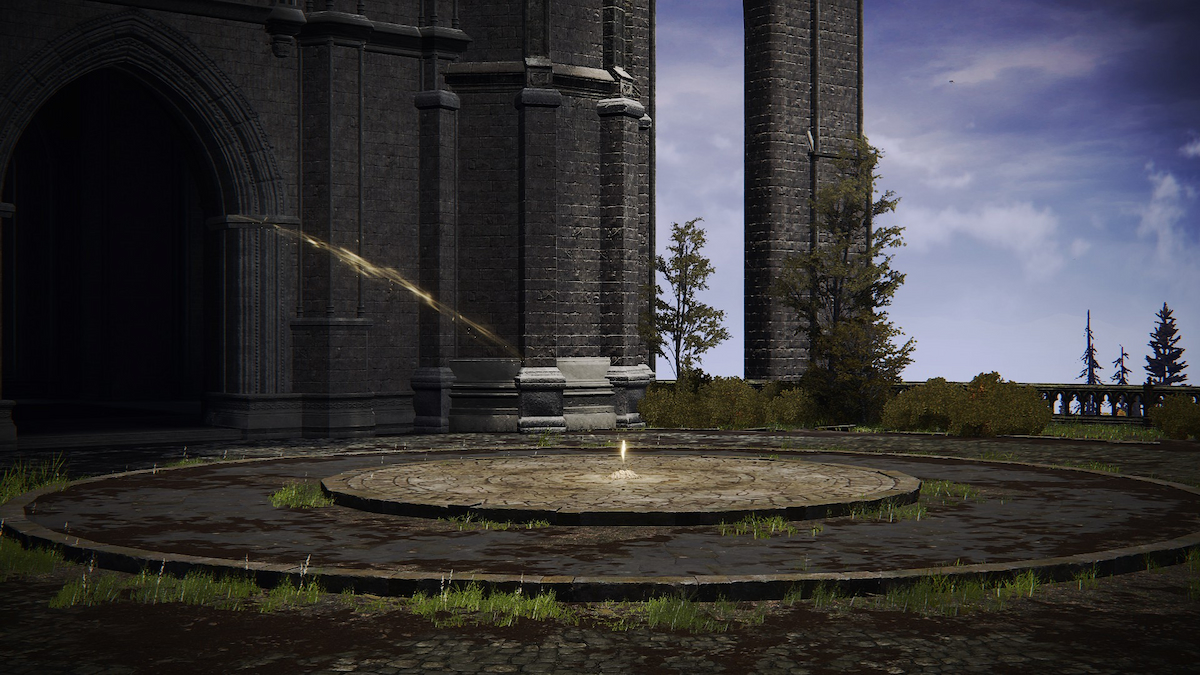 PvP in Elden Ring takes two forms: duels and invasions. Invasions are meant to happen anywhere and have neither rules nor standards — kill the enemy at any cost. Duels are precisely the opposite of Invasions. You’re expected to abide by specific regulations, be at a certain level range, and use only particular locations as designated dueling rings.

This guide covers the best five dueling locations in Elden Ring. The first is the only one “officially” recognized as a dueling spot by the community, but the others are still popular fighting spots.

Elden Ring’s dueling meta level is 125. If you’re at that point and want honorable 1v1 combat, head to the Main Academy Gate of the Raya Lucaria Academy in Liurnia of the Lakes. Use the Duelist’s Furled Finger and wait to be summoned, or use a Furlcalling Finger Remedy and summon a red phantom. Whoever wins will bow to the other, and the cycle repeats.

This space is another good dueling spot, as it’s flat, has few enemies to interfere, and a great ambiance. It takes a bit longer to get to if you have to go into New Game Plus but it offers one of the more good areas to fight in.

The Freezing Lake Site of Grace

Provided you or the host have defeated Borealis of the Freezing Fog, the Freezing Lake is another lovely spot for duels. Flat, wide open, and with a relaxed atmosphere, there’s not much that can be better. The main issue is you need to progress quite far into the game to reach it.

The First Step Site of Grace

This and the following location are good for duels, provided you set them up beforehand. If you go here at 125 without a reestablished dueling group set up, prepare to be attacked on sight by the meanest, most absurdly rude hosts and phantoms in the game.

The Boilprawn Shack Site of Grace

Liurnia of the Lakes is colloquially called “Liurnia of the Ganks” by the community, and for a good reason. Invading here will see you swarmed by Rivers of Blood and dual Seppuku Naginatas and spammed by Honed Bolt spells, among other rudeness. Set up your duels before you arrive, or you will be mocked by up to four people at a time.