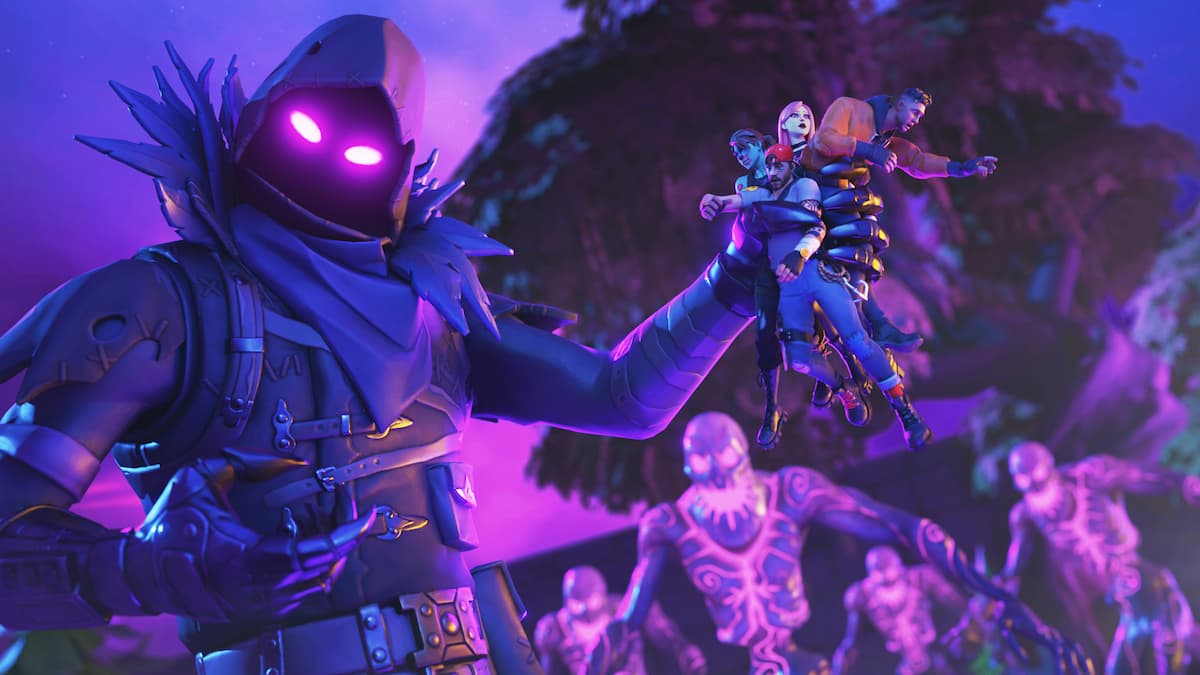 There is no game that exemplifies the concept of “sweat” culture quite like Fortnite, a term used for players who do everything in their power to earn victories. In the battle royale, sweats are typically identified by their rapid building maneuvers, well-placed shots, and aggressive playstyle. However, rookies can know quite easily who a try-hard player is just by their skins.

These are mainly skins that have gained a reputation with a certain streamer or pro player, while others are known for being the rarest to obtain. So, to ensure you know which players to avoid, here are the 10 sweatiest skins in all of Fortnite.

Despite only costing 800 V-Bucks, Aura’s money-themed gear has attracted the likes of pro players and sweaty gamers. This can also be attributed to the fact that she rarely makes it to the Item Shop, known to only arrive once every few months. Be forewarned; Aura has also earned herself a new Charming Aura style which seemingly always finds its way into the later stages of matches.

You can blame Bugha, winner of the World Cup Solo contest, for Crystal’s association with sweaty skins. Crystal became extremely popular with the sweats when he used it a lot on his run to the title, and the price of just 800 V-Bucks meant lots of players could use it.

It isn’t the skin that defines the player, but the player who defines the skin. There are no skins that can get the point across quite like any of the game’s three chapters of default skins. Of course, Chapter 1 defaults haven’t been in the shop in months, so those using them are most likely skilled, longtime veterans.

Rarity and age are what make the Elite Agent skill sweaty. A part of the Chapter 1 Season 3 Battle Pass, it shows you have been playing the game for a while. It’s also mostly dark skin, which sweats love, making it harder to spot them at a distance.

It’s no surprise that Ghoul Trooper has become labeled as a sweaty skin, first debuting back in Chapter 1 Season 1. It is even considered one of the rarest Item Shop drops, as the skin only appears in the marketplace every Halloween. Once that time finally comes again, Ghoul Trooper will be running buyers a steep 1,500 V-Bucks.

Try-hards certainly only care about going for the gold — or earning victory royales, in this case. To prove it, overly-aggressive players have gravitated toward using Midas and his three golden styles during Chapter 3. The skin was obtainable once players reached Level 100 in the Chapter 2 Season 2, making it a rare find in players’ locker.

Mogul Master arrived in the Item Shop in Chapter 1 Season 2, and has been wreaking havoc on average players to this day. As its release was in celebration of the 2018 Winter Olympics, it isn’t often the cosmetic resurfaces in the shop. This is a fact sweats don’t mind rubbing by using Mogul Master to push players into submission aggressively.

One of the newest additions to our list would have to be Monarch. In Chapter 3 Season 1, the battle royale released its first Level Up Quest Pack, where players would find all 28 of its tokens to obtain the skin’s Golden style. As this certainly takes a whole lot of dedication and matches to pull off, sweats haven’t been afraid to show this accomplishment ever since.

It may not be the “sweatiest” cosmetic in the battle royale, but Raven has been installing fear into players longer than most skins. The cosmetic came onto the scene in Chapter 1 Season 3, and has become popular with experts because of its hard-to-spot all-black design. Luckily, players interested in the skin can expect it to be in the Item Shop at least once a month for 2,000 V-Bucks.

It may be due to his worldwide recognition or possibly because of his unique, animated design, but Rick Sanchez has become of the latest skins to be given the title of sweaty. The Rick & Morty character first appeared in Chapter 2 Season 7’s Battle Pass, but Chapter 3 has somehow awakened its owners to achieve eliminations by the tens each game.