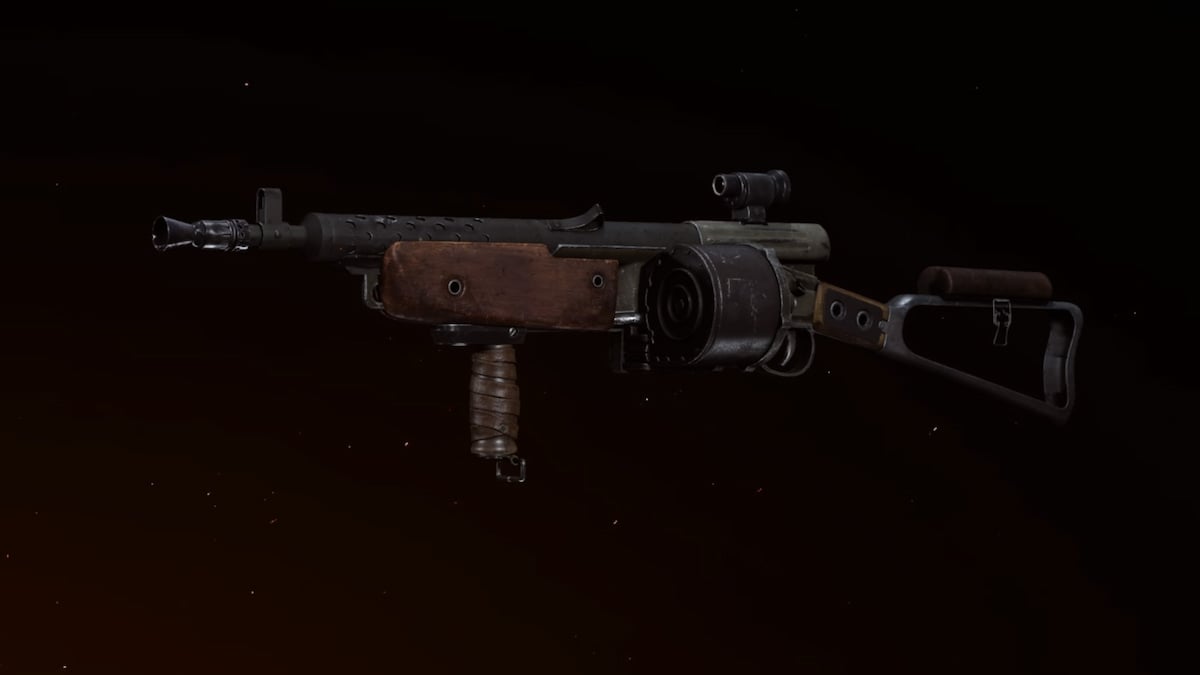 One of the items Call of Duty: Vanguard and Warzone Pacific players will mostly like be chasing during their journey to first prestige is the Volkssturmgewehr (or Volk, for short). Compared to most assault rifles in the series, the Volk is a compact weapon mostly known for its aim down sights time and fire rate. Despite it being one of the last unlockable weapons, the gun does have major downfalls in terms of its damage. So, if you’re looking for the best combination of attachments, look no further than this glorious loadout.

As the gun’s fire rate and movement speed may be a little excess, the main focus for its best loadout is sacrificing a small amount of speed in exchange for increased firepower and accuracy. Ultimately, this class benefits players who tend to ambush enemies and don’t enjoy staying in one place. Although it is one of Vanguard’s best close-range guns, we also discovered this class boosts the firepower enough for it to nail medium-range eliminations with strong accuracy.

To understand the changes being made here, you’ll first need to know that the .30 Russian Short 45 Round magazine supplies the damage the Volk so desperately needs. As shown below, this attachment scales down both speed and accuracy to a disturbing level, but brings an additional 39 percent damage and 50 percent increase in ammo to the weapon. The magazine’s cons may outweigh its pros; however, the rest of the attachments listed will revolve around fixing these flaws.

For instance, five of the 10 attachments tame the gun’s uncontrollable kick, totaling for a 16 percent decrease in vertical recoil. They also place an emphasis on flinch resistance and calming the centering speed when in a firefight. In sum, your Volkssturmgewehr’s new loadout should still be shockingly quick, but with the damage and range of others in its class.

As for its perks, applying Lightweight is almost a no-brainer. A weapon of its size already lends you a fast pace, but this perk should almost maximize your running abilities. With the Volk most worthy at close-range, Ghost and High Alert should keep you off enemy radars while knowing how many enemies are nearby.

Unlike its Vanguard counterpart, Warzone Pacific’s Volkssturmgewehr is an extraordinary powerful gun that wouldn’t shock us if it receives a nerf in the near future. However, as it stands, the weapon does currently lack in the range and mobility department. Thus, this loadout should primarily focus on improving these while ensuring that you don’t have any dramatic recoil. Here’s what we recommend to add onto the Volk in Warzone.

To increase its sluggish mobility, the most effective attachments you’ll need are the VDD 287mm and M3 Ready Grip. Although its accuracy will take a small hit for attaching these, your ADS and sprint to fire times should boost to the point where you win most up-close gun battles against other assault rifles. These two attachments also help in recovering the speed lost when applying the .30 Russian Short 45 Round Drums — a worthy magazine due to its increased damage.

For those desiring to use the Volk on opponents at a distance, we heavily advised the Krausnick S12V PS stock once more — which greatly aids in calming the recoil and your own flinch when fired upon. If this stock is paired with a decently long zoom like the M38/Slate 2.5x, nailing accurate shots from around 100 meters out should not be an issue.

As the gun works at its best from close-range, the Double Time perk is perfect when looking to overwhelm enemies with a quick ambush. Other perks like Ghost and Engineer are also great fits for this play-style, as they allow you to stay off of enemy UAVs and see which enemy equipment is nearby.