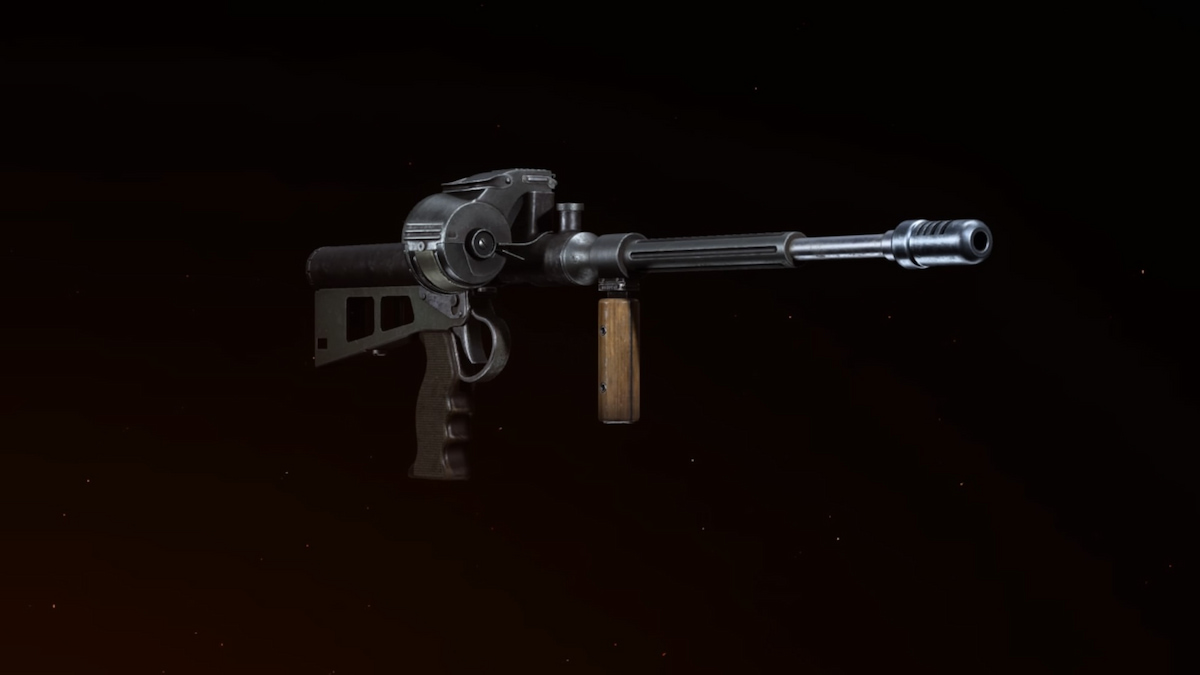 Typically, in Call of Duty: Vanguard, submachine guns are quick to fire, take numerous bullets to earn an elimination, and aren’t the best from medium-range. Although an SMG, the game’s Owen Gun carries none of these traits. The biggest mistake one can make is it to replicate the gun to be something like its counterparts. In actuality, the greatest chance it has of succeeding masterfully is by constructing it to be more of an assault rifle — vicious from any range and packed with plenty of ammo.

The best Owen Gun class is mostly recommended for play-styles that mix together medium and short-range attacks and for those not eager to rush the opposing team. That being said, using this class will slow your movement and decrease hip-fire accuracy, but you will have a mass amount of relentless firepower that launches with extra damage. Here’s what attachments you’ll want for the Owen Gun to be a brutal weapon.

As you can see from the image below, what transforms the weapon into more of an AR is the 8mm Kurz 60 Round Drum. This boosts almost every aspect in the firepower and ammo category, but does greatly harm the gun’s kick and speed. No matter, attachments like the Strife Compensator, Carver Foregrip, and Removed Stock will counteract this by amplifying your aim down sights time and calming the vertical recoil.

Maybe we’re greedy, but applying the Scavenger perk ensures you can go almost an entire match without struggling to discover more ammo for the weapon. Meanwhile, Ghost will keep your location under wraps, as Forward Intel will inform you where enemies are coming from. Thus, it’s best to find shooting angles from either your spawn or near the center of maps, but the gun still won’t be fast enough for rushing enemy spawns.

The hardest decision of all is choosing the secondary weapon, as knives and launches don’t exactly support this play-style. We believe the Top Break pistol with the .30 Russian Short magazine is a fairly suitable backup weapon. The attachment ramps up the Top Break’s damage by an additional 86 percent — the cherry on top of one heck of a loadout.

The difference between the Owen Gun in Warzone Pacific and Vanguard is unquestionably night and day. In the battle royale, expect this tiny SMG to be as quick and light as the game’s Uzi and MP7. Unlike its Vanguard iteration, this Owen Gun is mostly recommend as an excellent close-range, secondary weapon when running the Overkill perk with something more useful at medium to long range. Here’s how to get the most of it and what attachments you’ll need.

To preface, this loadout may make the Owen Gun one of the swiftest weapons in Warzone, as its ADS time and fire rate become phenomenal with the aforementioned attachments. The biggest contributing factors are the LOR Folding, Mark VI Skeletal, and Fabric Grip, which increase its ADS and sprint to fire time. Like any other pocket SMG, expect there to be a very little damage done when using the base weapon. So, to eliminate this problem, be sure to unlock the Gawain 188mm Shrouded and 8mm Kurz 60 Round Drums to give it added general damage, bullet penetration, range, and limb damage.

For those insane enough to go full speed toward enemies, weapon perks such as Acrobatic and Quick combine to make your operator move at an unmatched pace. That being said, you can also boost the duration of this unfathomable speed with the Double Time class perk, also making it relatively easy to run from overwhelming gun fire. Speaking of class perks, the Owen Gun’s most favorable in Warzone seem to be Overkill and Shrapnel — ultimately allowing you to carry an additional primary weapon and lethal grenade.