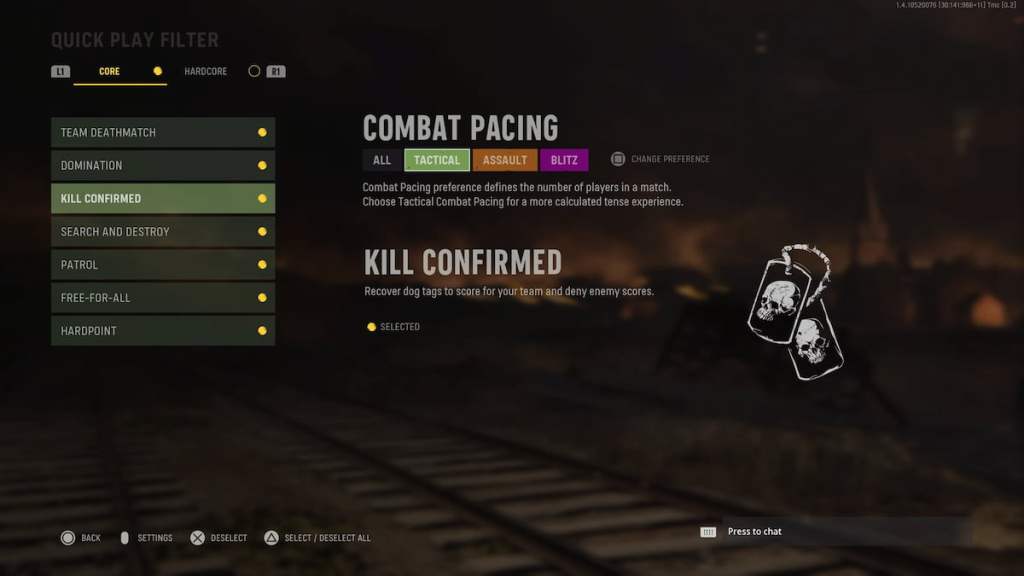 As most players have already seen, Call of Duty: Vanguard has introduced the new Combat Pacing component to Multiplayer, allowing every game mode to accept more players into a lobby than ever before. For instance, instead of seeing 12 players in the game at once, you may spot 24 or more in total. As this bog down some objective-based modes, there is still one method to stop from having larger lobbies.

In Multiplayer’s Quick Play filter, three varying playstyles will be offered to you: Tactical, Assault, and Blitz. For those looking to play in traditional lobby sizes, turn off both the Assault and Blitz options by pressing either Square or X (depending on your platform) to keep the cursor hovered over only Tactical. Although the game describes the Tactical Pacing option as “a more calculated experience,” this means all game modes will have the same 6v6 player setup as previous titles.

Related: The best guns to use in Call of Duty: Vanguard multiplayer – Gun Tier List

After doing this, you can change the Combat Pacing back to its default settings or even choose Blitz and Assault as your main preference. Typically, the Assault Pacing will send you into 16 to 24 player lobbies, with Blitz wildly varying between 16 to 48 player lobbies. From our experience, player total in Blitz or Assault mainly depends on the size of the current map and which game mode you are playing in.