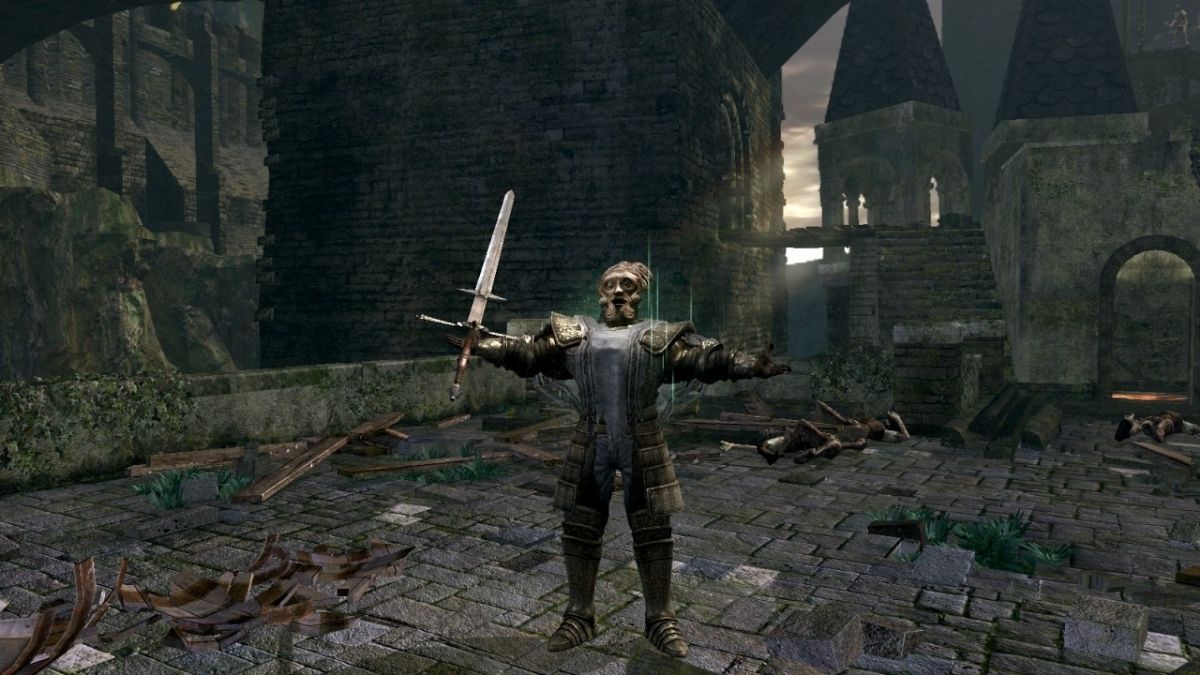 As Elden Ring wows Dark Souls fans more and more with each day, the long-time players can’t help but wonder: can they ever achieve the heights of Giant Dad again? Or is that wonderful, OG build hidden somewhere in the game? If you’re looking to have the meme back in your life again, here’s an explanation on how Giant Dad lives on in Elden Ring (sort of).

What is Giant Dad?

Giant Dad was a Dark Souls build popular in PvP because it min-maxed stats and gear to make your character fairly overpowered at a lower level. As long as you started off as a Bandit, it only took until solo-level 99 to become very difficult to fight. That gave the player 26 extra points to do whatever they wanted. Relying mainly on the Mask of The Father, the Giant Armor Set, and the Chaos Zweihander (AKA The Bass Cannon), it became a favorite build and meme of the Souls community.

Is Giant Dad in Elden Ring?

No and yes. While the Giant gear is nowhere in sight and the Mask of the Father has been left in the ashes, everyone’s favorite Bass Cannon is back with enough similarly-working gear to make a Giant Dad adjacent build. So, if you’re determined to try to build something like Giant Dad in Elden Ring, here’s how you do it:

There’s some wiggle room on some rings, gear upgrades, etc. that can be left up to your personal preference, but this is an easy way to reach that mythical 100 poise and do the fast-but-strong build of your dreams. However, if you’re purely going for aestetics, many of the Glintstone Crowns are also very reminiscent of the Mask of the Father’s stone beard and visual audacity, so feel free to make a new build all your own that emulates the famously large patriarch. While Giant Dad isn’t in Elden Ring, the build’s legacy will never be forgotten.