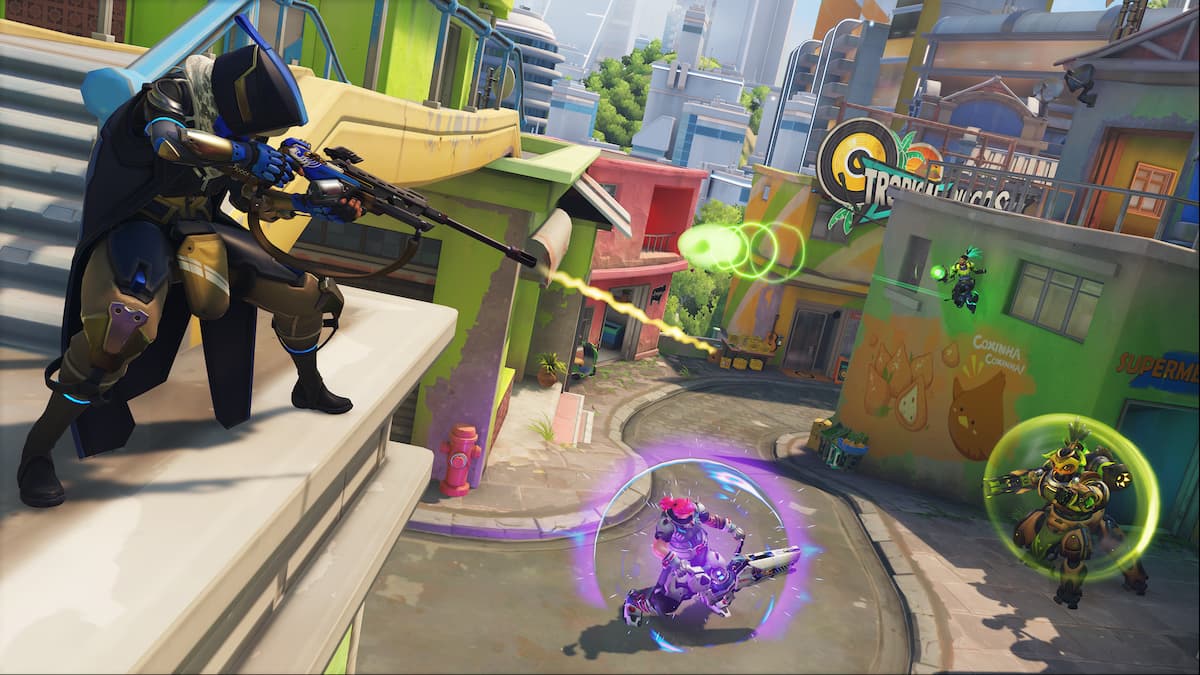 Overwatch 2 has arrived, overtaking the original game. All heroes have made it over to the second game, but there have been a few changes, along with additional maps and game modes for everyone to enjoy. Many have been enjoying the game when they get into it. With Overwatch 2 available on multiple platforms, can you play Overwatch 2o n the Nintendo Switch?

Is Overwatch 2 on the Nintendo Switch?

We can confirm Overwatch 2 is available on the Nintendo Switch, and you can play it right now. Overwatch 2 is a free-to-play game. However, you need a Nintendo Switch Online Subscription to play the game. Without it, you won’t be able to participate in the online game modes against other players, preventing you from accessing most of the game.

Related: How to fix screen tearing issues in Overwatch 2

So long as you have a Nintendo Online Subscription, you can begin downloading and playing Overwatch 2 at any time on your Nintendo Switch. There’s the option to purchase the Watchpoint Pack, but this is not a requirement to access the game, and if you’d rather keep it a free-to-play game, we don’t recommend making this pack a priority.

Some players may encounter several server issues when accessing the game, similar to others across the Overwatch 2 network. There have been several ongoing issues following Overwatch 2’s launch, but these should hopefully smooth out as the game continues to thrive.

We can also confirm Overwatch 2 does have crossplay, so even if you’re playing on a Nintendo Switch, you can find yourself playing alongside others who are on other consoles or who are playing on PC. This may make the experience more enjoyable for those who do not have access to these consoles but still wish to jump into matches with their friends.