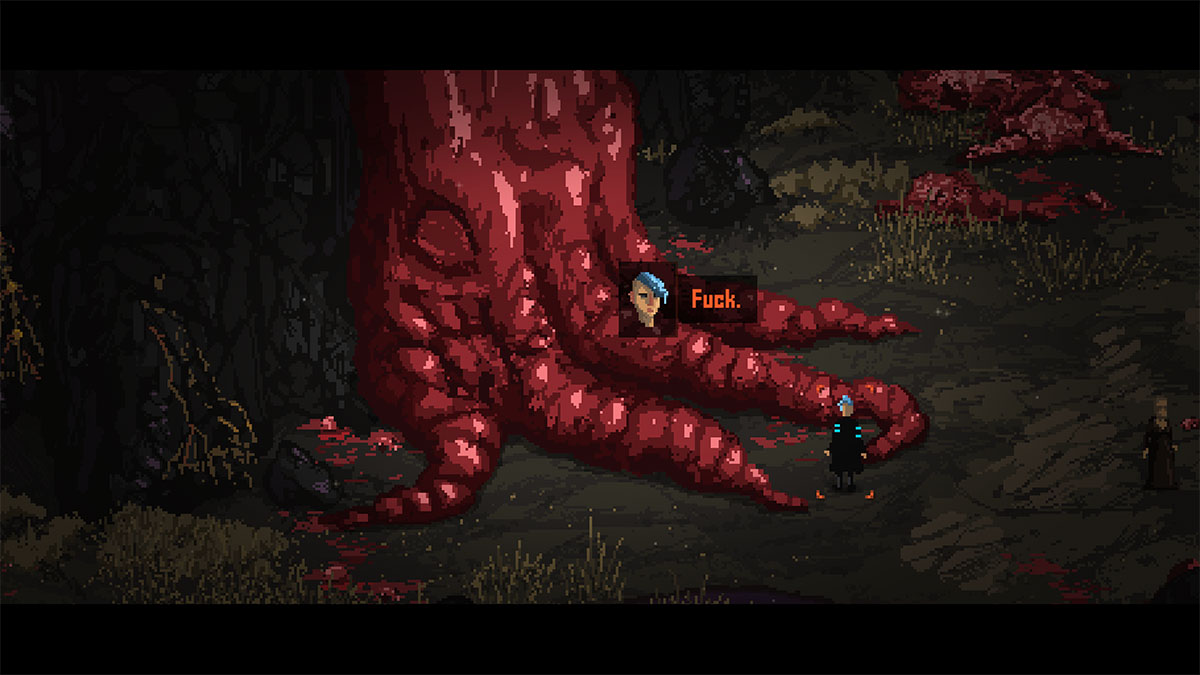 Death Trash is a complex game filled with fleshy mess, the Fleshkraken, and many strange people to encounter. It’s also extremely unclear in several ways for newcomers. We’ve put together some hints and tips in this guide to help beginners get started with the game.

Before you even start Death Trash, you have to assign yourself a character and stats. As with many RPGs, it’s not immediately obvious what the stats in this game do. You can hover your cursor over each one to get a brief description of it, but not all of them will make sense until you’re about an hour into your playthrough.

That’s why we suggest keeping your stats simple by only putting points into the ones you understand. Strength, Hardiness, and even Empathy make sense, so work with those. The skills are slightly more obvious, but again, we’d recommend sticking with what you understand. Don’t pick an obscure skill because you like the sound of it at the expense of something useful that will come to mind as you play.

Use stealth to check for enemies

You’ll learn how to use stealth early on in the game. This ability cloaks your character, obscuring them from even direct view for a short period of time. However, it has another use. Activating stealth before moving through a door allows you to see any enemies in the next room. This can help you avoid encounters with multiple enemies, meaning you could choose an alternate route and come back to fight them with a better weapon later.

The map shows all

The map is one of the most useful tools for exploration you have at your disposal in Death Trash. With it, you can view an entire area and see where the main exits are, as well as any small buildings you can enter. Use this every time you think you’re done in an area. You never know when there might be something else to discover.

Over the course of your journey through Death Trash, you’ll pick up a lot of items. There’s actual trash, your own puke, and a lot of meat. However, you might not understand exactly what half the stuff you pick up does. For example, various items will boost your XP and push you closer to the next level. Consuming these as soon as you pick them up is imperative in the early game. The higher your level, the faster you’ll be able to smash two or three enemies in one go.

One of the first NPCs you’ll encounter in Death Trash is a giant hunk of pulsing meat known as the Fleshkraken. Believe it or not, this monster is one of the most adorable creatures in the game. Don’t pass up an opportunity to talk to it. You’ll thoroughly enjoy the quest it gives you.